In 2120, New America is the world leader in technology and individual freedom. Why, then, has seventeen-year-old Fae Luna felt like an isolated prisoner her entire life? She survived the worst of the foster care system by honing her skills as a top-level hacker and thanks to the support of her humanoid robot, Sunny, who is illegally upgraded to a human-level AI. Finally, she’s matched with a foster mom who treats her kindly. Fae slowly lets her guard down until a suspicious tragedy tears them apart. With no flesh-and-blood friends, she is forced to call Blaze, a guild-mate from her online holo-game, who introduces her to a motley crew of rebels and loyalists. When they dig into Fae’s mystery, they discover a far-reaching and deadly conspiracy. Fae promised her dying mother she would never alter her body with a brain implant, but with the Evo, her hacking skills would be unbeatable. Lethal battles and devastating consequences will challenge her vow. Will Fae choose the enhancement or trust her own exceptional mind to defeat a secretive and powerful force threatening all New Americans? 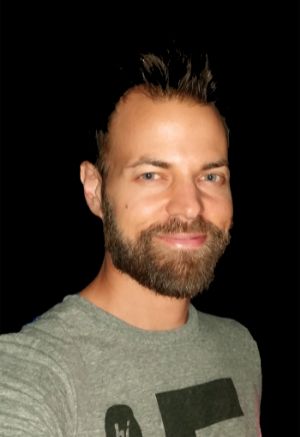 Brian Terenna is a dystopian, fantasy, science fiction, and cyberpunk author. He grew up in a land of possibilities. He saw a path to all of them, but could only pick one. Now, he creates worlds, where fantasy is reality and reality is anything you make it. He is an avid chess player, an expert vegetable gardener, and a meditation master.

Can two school rivals save the Western world?

Like many young men, Alexis dreams of adventure and being an adventurer, a Viking or a Pirate, or maybe just your movie-style heroic action man saving the Western world. He knows that he’s going to do it by leading his new school, an offshore boarding school and university built by his grandfather and a retired engineer, to ever greater success. The only barrier he sees standing in his way is a kid called Shane.

Shane is only at the school because he somehow upsets people whenever he speaks, which isn’t too surprising because while they are very ordinary, he’s extraordinarily clever. It turns out this strange island school is full of misfits like him and he quickly sees that his destiny is to lead it to world away from the people who rejected him. His only real rival for head of the Institute is a kid called Alexis.

Each of them believes that only by besting the other, and by clever detective work to stop the other’s rise, will they achieve their true place and that only under their leadership will the future of the world be safe. It’s a coming-of-age, do-or-die struggle, him or me – or is it? Can they both succeed?