Skip to content
FREE FOR A LIMITED TIME! February 6th and 7th only! Investigating Mr. Hawkes was supposed to be easy. Work undercover in his office, catch him stealing company millions, then lock that Herculean himbo away and launch the key into space. I even concocted the perfect excuse for keeping him in my sights: become his sworn office rival. That’s where our mutually malicious arrangement got… complicated. I didn’t mind losing “broadest shoulders” or “fanciest car” to Samuel. I’ll even concede defeat over “best smile-wink combo without accidentally catching our boss Mr. Paterson in the crossfire.” (…I don’t want to talk about it.) But I never thought I’d lose “most fixated on everything about you.” Samuel’s obsessive one-upping is looking a lot more like obsession, period. Who’s stalking who here? And worst of all, why is it all so much fun?

Katie Charm was born weak, small, emotional, and unsightly. In the years since, she has undergone almost no character growth. She once hated an attractive coworker, but was never forced to share a solitary hotel bed with him. Thus, having grown weary of this world, she writes romance.
Website : https://katiecharm.carrd.co/
In Victorian England, everything is done according to the rules of society. But when the Duke of Flowers dies unexpectedly, his daughter, Lady Madeleine Flowers, discovers a freedom that had been denied to her. The freedom to marry for love. And when Mr York returns, she believes her prayers have finally been answered. But her father’s death also uncovers a shocking secret that has been kept locked away for far too long and could destroy them all. In the Victorian romance, Pretty Little Flowers by Joyce Kay, the lives of three people are forever changed as they are each faced with a choice that could lead to love or end in death.

Aubergine has her eyes fixed on the stars—the brightest one is her former boy next door. For Aubergine, her high-fashion internship is the chance of a lifetime. It brings her back to the city she loves, gives her a break from her mom, and most importantly it sets the stage for her to reconnect with her secret crush and former boy-next-door, Fulton. Upon arriving, she quickly discovers love isn’t in the air in New York City. Rather than having the reunion she’d been daydreaming of, she returns to find Fulton seemingly has moved on from the special bond they’d forged on the ranch in Montana with a new life and more annoyingly—a new girl. Desperate for any distraction, she pours her heart into her work. Unending hours and one disastrous store opening later, she’s still unable to forget about her unrequited feelings for her former boy-next-door and she finds herself depending on the attention of a handsome new friend. Now Aubergine must make a choice . . . Does she risk their friendship by confessing her love for Fulton or leave him behind for an adventure with a handsome new guy?

I write clean and wholesome stories to make you laugh, cry and swoon. 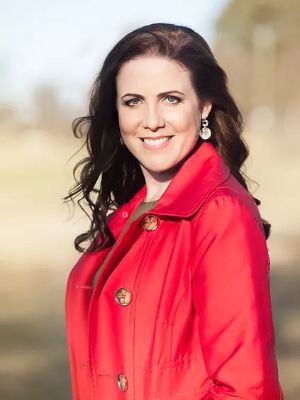 The competition is stiff. The stakes are high. And what happens on Halloween night is definitely not suitable for work.

Celeste Greene and Ben Addison are thrust into a competition for the web designer position each of them desperately needs. Rivalry these two can handle, but the chemistry between them is another story. Is the risk worth the reward for a broken ice queen and a laid back guy who cares more about friends and music than cutthroat office tension?

Book ONE of the Nashville based Anti-Belle series!

In desperate need of a life make-over after a terrible divorce, librarian Mallory Cruise signs up to coach her daughter’s recreational softball team. So what if she doesn’t have an athletic bone in her body? It’s the change her therapist suggested. There’s only one problem.

Her co-coach, Jason Henry, a widowed jock popular among the single ladies who’s made it clear Mallory grates his nerves. He’s an arrogant jerk who knows a lot about softball but nothing about women.

Mallory just needs to prove herself. And she does, in a horrible flip of the lineup that costs them the game. The softball moms band together and are ready to tie her to the fence during batting practice. They won’t stop until Mallory’s out of the picture.

And the only one who can save her is Jason.

Will Mallory strike out at coaching the same way she struck out in her marriage? Or will Jason rescue her when she needs it most?