Suzie loves spreading joy to children, but being a tooth fairy is no easy task. Annoyed with gross teeth and a scratchy tutu, Suzie turned in her tooth fairy wand. She QUITS the only job she’s ever known! While Suzie doesn’t miss her tutu, she misses spreading joy to children. When one child wishes for a Birthday Fairy, the other fairies don’t know what to do. Suzie flies into action with a new look for a new job.

If your child loves beautifully illustrated books with fabulous fairies, then The Tooth Fairy Quits is sure to delight. Suzie used her grit and determination to find her true joy.

If you enjoy this book and the Birthday Fairy family tradition, please be sure to check out other Fairy-Tailed titles:

Loved the book? Please leave a review; they help others discover us.
Thank you for your purchase and helping spread the joy.

On the cusp of becoming maidens, twin Queens Allison and Joie Wynpenny have spent the past year trapped inside their castle. The Sallow Scourge has their kingdom in its grip. Whether curse or contagion, the wisemen do not yet know. What is known is that it causes the afflicted to commit severe bodily harm, while disrupting the balance of magic throughout the realm.

Both queens decide that something drastic must be done, though each has a very different solution. Allison vows to seek out the culprit, be that witch, wizard or madman. Her sister Joie, always rebellious, would rather stir chaos. As the kingdom cracks in two, the Sallow Scourge may wind up the sole victor.

Fairy tales can come true. But it’s terrifying when it happens to you.

Grace James thinks having to wear a hand-me-down uniform while trying to fit into her posh new school in glitzy Orange County is bad, but being followed to class by seven little angry men is worse. The dwarfs believe that Grace has stolen the magic mirror, and they want it back.

Opponents become allies and soon Grace can’t tell who is friend or foe and what is real or merely a fairy tale, so she cooks up a scheme that will take her back home to Oregon where life made sense—away from her stingy grandparents and her miniature stalkers. But a frantic cast of fairy tale characters have plans of their own that may or may not include a happily ever after.

This book was formerly published as Grace in the Mirror. 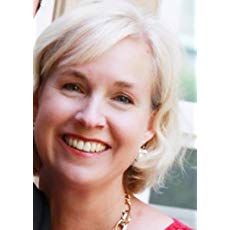