X Snow White is dead.
IX Someone has put a pickaxe through her head.
VIII Her father, the disgraced King Johannes Wynpenny, vows to hunt down her murderer.
VII But then others die—more beloved fairy tale characters—and now it’s clear that a deranged killer is on the loose.
VI Someone who leaves behind taunting clues and a cruel countdown.
V Someone seeking revenge.
IV As his town is swept by witch hunt hysteria, Johannes must stop the maniac before others fall victim…
III …including himself.
II E. Stuart Marlowe weaves a tale of magical realism and crime, where fantasy and horror bleed into historical fact.
I And where the fables from our past speak to us across the centuries.

They had never seen such an unusual being before. He mimicked an appearance of a mythical, horrifying gnome from someone’s nightmare!

Jewels and her brothers, Manny and Brooks lived in a small village of the darkest of shades, and a colorless world surrounds them. Her brothers were very different from the villagers there and so was Jewels. She wanted to fit in with the villagers while her brothers could care less to fit in with the boring, bland people there.
Manny and Brooks discovered another village far beyond the forest, one that was magical and of many colors beyond their wildest dreams, the likes of which were only found only within the forbidden books known as the Corridor of Hues, which were destroyed in their village.
Jewels and her brothers are cast out from their village and take a leap of hope to join the colorful world that the brothers discovered. Many strange surprises await them along the way. Is the grass truly greener on the other side? One can only hope so…

The main character of our 21st century fairy tale is a computer animation – a curious boy created by an old programmer. We also meet a cricket, a friend of the boy’s; two hackers, or, computer pirates, who make their living by finding information though the web; and of course, Babba Boss, a power-thirsty magnate of computer games. Today we are in the Information Age, where story continues and our animated boy turns into a real person.

The initial version of the plot won in a 2001 contest held by UNICEF for a clear demonstration of children’s rights.

A few years later, I edited and filled out the story to make it more adventurous. Then, I made illustrations and added 54 abbreviated articles of the United Nations Convention on the Rights of the Child to the book. Each article is comparable to the plot actions, so be a careful reader and do not miss these articles to become aware of the rights of every child in the world.

Graphic symbols of articles appear in the story, and you can find the texts of the articles in addition to the book (See the section of the Convention on the Rights of the Child).

Pepo – Friend of Paco; dilettante in computers, but a good lawyer.

Babba boss – A rich and selfish magnate of computer games.

The boy – A bed-ridden boy from the hospital who plays an online game with Pele.

Pepe – An animated digital girl and narrator of the story.

Humans think Little Red Riding Hood is nothing more than a fairytale, but we hoods know better. We despise the woman who committed the darkest sin one of our kind can: falling in love with a werewolf and becoming his mate. The fairy tale didn’t end the way you’ve been told. Unless you’ve heard the version in which Little Red was roasted on a silver spit over a fire, that is.

And I almost walked down that same path. But in losing the werewolf I loved, I also realized the kind of person I want to be. That’s why I’ve turned my back on my heritage, denied my birthright. I will not hate werewolves just because they’re werewolves. I will not train to contain them, dominate them, and if I so choose, kill them. In fact, I refuse to be a hood at all.

I’ve walked away from my old life.

And that was going great, until an English werewolf on the run walked into my new one…

Dive into a fresh twist on the classic fairy tale. Start your journey through the Red Hood Chronicles today.

Not Your Mother’s Goose proves that fairy tales and nursery rhymes aren’t just for kids anymore. Envision it as the Cliffs Notes of children’s stories — if Cliffs Notes was overtaken by Dave Barry or the folks at The Onion. Not Your Mother’s Goose is a series of totally irreverent, mega-sarcastic fairy tale recaps, along with a host of hilarious fake news stories and headlines ranging from Rapunzel getting a bikini wax to Old MacDonald bombing on Wheel of Fortune after only buying vowels. Mix in illustrations reminiscent of Gary Larson’s classic Far Side cartoons, and you’re left with a madcap read that will leave you laughing all the way from Rumpelstiltskin’s Twitter feed to Humpty Dumpty’s Facebook page (where Jack is still trying to grow a beanstalk—in FarmVille). 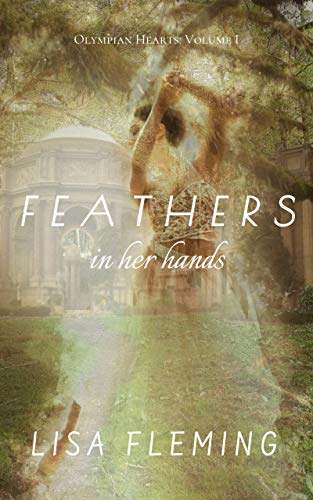 The gods have touched you. Did you know?
–Madame Fate

Well, if that were true, then Psyche was of the opinion the Gods needed to learn to keep their hands to themselves…

All she wants is to finish her doctorate studies in Ancient History and score an Assistant Professorship at the University of Seattle, but when her friend Izzy begs her to pose for some photographs, and the media dubs her The New Aphrodite, Psyche’s life spirals out of control.

Between ominous prophecies, viral photographs, crazed fans, and the wrath of a goddess, Psyche Kostas has her hands full. Can a mysterious, sexy bodyguard on a Harley help her escape the madness her life has become?

Roped into Aphrodite’s petty revenge scheme, Eros wants nothing more than to finish the job and move on, but when a strange electrical spark transforms an apathetic god who’d given up on love, into the Son of War, Eros’s life is given new meaning.

Between betraying his mother, past debts, a town that hates him, and his own personal demons, Eros Aresson has a lot to answer for. Can one mesmerizing woman help him redefine everything he’s ever believed about love, immortality, and fate?

Will love be enough to overcome the darkness in their path or will it carry them into the depths of Hades itself?

WELCOME TO ELYSIUM AND THE WORLD OF OLYMPIAN HEARTS

The gods are alive and well, living in the Olympic National Park. Humans, magickal creatures and immortal Olympians live side by side in a tiny town at the base of Mount Storm King, where curses hamper true love and no one is what they seem.