Can Adroegen save his friends, the only family he has left?

Adroegen was but a lonely drifter in a world of dragons, wizards, fairies, and countless other creatures. He had lost all of his family as a child, under the evil lord Vyroun and his servant, the goblin chief. Thus, Adroegen did not believe that a higher power named Enilundar, the world’s creator, watched over him. Among his discoveries while drifting about was a hidden village that Adroegen found by chance some years back, where he made some friends there that were alike to him, also without their true families.

However, one day when he visits, Adroegen is followed by the goblin chief and his pack, who raze the village and leave none alive except for his friends. Adroegen learns that Vyroun, after a mysterious decade long absence in the north, has returned and seeks his head. First, however, the goblin chief orders Adroegen to return the Night’s Jewel to him, a jewel said to rally foul creatures of the night to Vyroun, which Adroegen took from the goblin chief years ago. If Adroegen does not return it, the goblin chief will hunt and slay his friends… 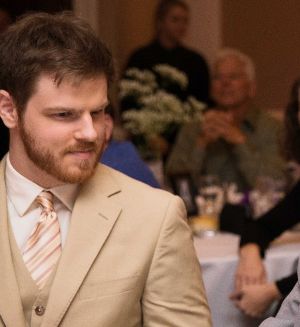 Kyle Andrew McCurry is the author of The Fleeing Company and The Tempter’s Bane, the first two books of The Drifters’ Road fantasy book series. He was born and raised in southeast Michigan. Kyle is one with a hobby for storytelling and reading literature from the past, which led to him becoming an author. Among his favorite writers are J.R.R. Tolkien, Snorri Sturluson, Hans Christian Andersen, and George MacDonald, and among his books are European myths, fairytales, and sagas from long ago. When not reading or writing, Kyle spends his time watching movies, making homemade fudge that was passed down from his grandfather, and following the Detroit Red Wings, his favorite sports team.

The worlds are broken. Cataclysms wreak havoc. Nations are at war.

The people of Trianon live in fear and those who practice the ancient arts of magic have been hunted and killed.
When Valana turns from personal tragedy to join forces with Okano and Mukori, she begins to believe that peace in Trianon might soon be restored. But the struggle for peace has a price.
A powerful Nightstalker, a mythic Protector, Valana must turn from her previous identity and take up her swords to rid Trianon of those spreading chaos and fear. To achieve her dream of peace, she must be the hand that brings death.
Now she must choose between the values of Strength and Honour that once united her people, and the future of Trianon.

Can order rise from the chaos?

Or will Valana succumb to the darkness consuming the hearts of Aurelia?

If you enjoy unique fantasy worlds where swords and sorcery combine, then you should read this book.

Buy now to join Valana on her epic quest. 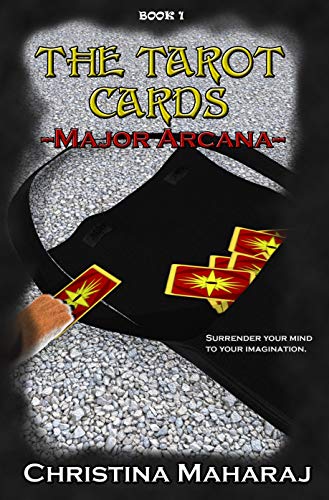 High schooler Clara Marsters was on summer break when she found a magical tarot card that would change her destiny. The card teleported her onto the dying world, Gaia, as its new master. There she met Alex, the mysterious yet familiar talking tiger, who came to assist her on her quest to collect the remaining cards.

In order to save the world and get back home, they must travel through the kingdom of Burkhart, solving puzzles and braving the trials of the cards. Unfortunately, there’s more than trials she has to worry about; others want the magical power of the cards, and they’ll stop at nothing to get it.

How far would you go to save a world that isn’t your own?