The story centers on people, drugs and weapons smuggling and the ruthlessness of a well-entrenched criminal organization. The smugglers are mainly Native American Indians and motorcycle gang members led by a chieftain with a Navy SEAL background. Although the smuggling is within the aegis of the Border Patrol and various ICE sub-agencies, the FBI steps in when two Border Patrol agents are killed by smugglers. The pursuit of the killers not only uncovers drug and gun distribution rigs in America but also unveils a major plot to supply a secret weapon to the Taliban and Al Qaida and sub plots of the State Department, Canadian spy agencies, NATO and the CIA. The story transports the reader from the Okanagan Canada-U.S.A. border region to England, Kyrgyzstan and the Maldives. Action scenes include: murder of two Border Patrol Special Agents; ambush and murder of Korean human trafficking gang members; a winter ambush and destruction of two FBI helicopters while attempting to intercept a smuggling operation; a gun battle between smuggler and FBI helicopters; and a Navy SEAL underwater approach assault on an armory and meth lab on a remote island in the Maldives.

The story and the persona are complete fiction but ideas have been gleaned and exaggerated from some “life experiences and characterizations” and events. For example, trans border drug smuggling by helicopter in the Okanagan is well known and some aircraft have been confiscated. In another example, the Taliban and Al Qaida used a resort in the Maldives for conferences when your author was working in the Maldives. Some towns have been fictionalized but other well-known landmarks are retained.

The Chieftain is portrayed as a sociopathic “anti-hero” – well respected in his environmental activities and leadership roles with no remorse for killing adversaries. He is not “killed off” in the story – although much of his well-ordered world is lost – as your author has at least three more episodes in mind.

…She’s putting her heart and her life on the line.

Raine Meyers is only alive today because of the heroic efforts of the Delta Force Echo Team. It’s time to pay that debt.

As an undercover defense intelligence officer, Raine tracks a Russian threat to the Delta Force wives left vulnerable while their husbands are downrange protecting the U.S.

Since both the DIA and FBI have their teeth clamped onto the same crime, why not join forces? A plan is hatched to insert the two intelligence officers into the action—under the cover of a fake marriage—painting a target on Raine’s back, enticing the mole out into the open.

…will he be there for her this time, when she’s in the sniper’s rifle sights?

Download your copy now and join the team for this second-chance military romance, women’s action adventure driven by spies, terrorists, and the intelligence communities who work to keep us safe.

BLOOD, FIRE AND ICE takes the reader into the realm of corporate terrorism. The global Association of Petroleum producers resorts to murder, sabotage and political bribery to prevent the development of an abundant new fuel source that threatens their existence.

Members of an international Arctic research team developing an abundant new fuel source are targeted. Labs are destroyed and members killed. Canadian team members have their funding cancelled at the request of 3 Senators who are on the payroll of “Big Oil”. Police ignore the researchers’ pleas for help when some are murdered. They are rescued in a joint FBI-CIA operation seeking to protect the new technology.

Surviving team members are moved to safety and recruited to complete their project jointly funded by Japan, Russia and an American scientific foundation. Sabotage continues with a seaborne attack on an offshore drilling platform off Japan and blocking attempts countering patent filings. The Japanese Government considers itself at war with the oil interests.

A blackmailing Canadian Senator is killed by “Big Oil” and his legacy of secrets are a ticking bomb waiting for discovery threatening both the Prime Minister of Canada and the oil association. The secrets eventually surface and all hell breaks loose. 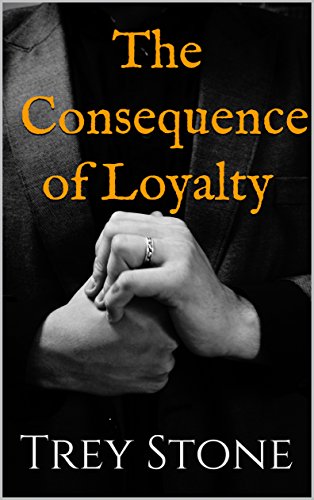 Jordan Greer, Gerard Martin and Dana Norman make up the best the FBI has to offer in Columbus, Ohio. Under special agent Sean Callaway they operate as the Critical Response Unit, functioning as a highly adaptable and specialized unit, capable of hunting serial killers, bringing down drug lords and catching escaped convicts.
But when field agent Martin shoots his boss, Sean Callaway, inside his own office, Greer and Norman are faced with a task they don’t know how to handle. Certain that Martin is at least in some way innocent, they go against every order from the Internal Affairs to prove that Martin isn’t guilty. But when Gerard Martin’s dark military background starts unraveling, so do Greer and Norman’s thoughts about their friend’s innocence.