WWII love letters tell of romance and tragedy.
Moving her mother into a nursing home, Jacinta discovers a bundle of old love letters setting her on a journey of discovery. What unfolds is a touching story of lost but enduring love, a tale of death and heartbreak. But sometimes the truth is best undisturbed.
“With the winds of time, love letters drift from our lives, taking their secrets with them”. 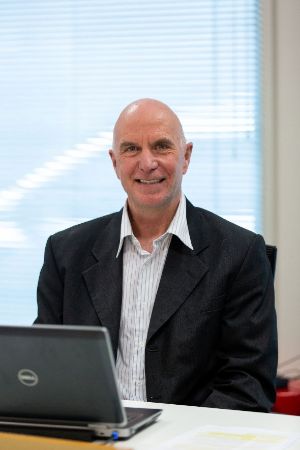 Hi. I’m Mark Biggs and I write stories. I am the best-selling author of the moving Max & Olivia series, a beautiful romance called Love Letters From Dresden and Above and Beyond, my father’s WWII journey – a story of war and faith. I love writing and there are more tales and ripping yarns to come.

On the side, I enjoy a little motor sport journalism and with my wife as co-driver, don’t mind having a spin myself

Ronas is a knight in waiting but with manhood approaching, he is plagued by a dream. This is no ordinary dream and the black knights pursuing him are not ordinary knights. Who are they and why are they searching for him?

Princess Odora is fighting for her life as the massed armies of the Lords of Fear have taken her father’s kingdom. Will she succeed in escaping and where can she run to? Odora and Ronas must join forces in order to save the realm from the terrible evil engulfing it. Will they find each other?

Can Ronas prove himself with a sword and what is the mysterious Rùnesàrc? In Book I – The Path from Childhood Dreams, Odora is on the run and Ronas must face many challenges.The story continues in Book II – where Ronas must retrieve the Rùnesàrc, before it is too late……….

“A timely edge-of-your-seat terrorism thriller that plays on every parent’s worst fears. This cinematic thriller is destined for TV.” –Best Thrillers

Erik Petersson works with the High-Risk Traveler Task Force, an organization that prevents radicalized individuals from joining extremist groups. Disciplined and dedicated, Erik’s carefully controlled world is upended when his daughter, Arielle, leaves university to join the Islamic Caliphate, a terrorist regime in Syria. Erik rallies a desperate effort to stop her, but when he fails, he resolves to bring Arielle back, whatever the cost.

Driven by a secret she can’t outrun, Arielle’s dream of a more purposeful life is confronted with the brutality of life in the Caliphate. When she attracts the attention of Abu Noor al Kanadi, a terrorist leader bent on punishing America for its actions in the Middle East, Arielle must choose whether to sacrifice her dreams to survive or risk a frantic bid to escape. Torn between rival agendas, father and daughter must choose between family or country, love or fear.

“Paraxes” is the first book in a trilogy about the netherworld.

Guided by instinct and unrestrained curiosity, Ariadne embarks on an adventure unlike any she had ever imagined. But what will she find at the end of her quest? A remote village hidden my mist and black mountains. A house, empty and ridden by hateful memories and the endless whispering of the wild wind.
A letter, an amulet, and the inexplicable calling of fate.
“Some things are better left unexplained…” Calisto says to his son. Cryptic words that will not stop Ianus from trying to discover the mystery surrounding the old house and the girl that has come to claim it.

Alice Summers arrives in Nexus City to work as an event manager. There she is spotted by the DARK syndicate Kingpin William Maxwell Hetherington aka Godfather of the Underworld.

The possibility of civil war is rising in the DARK syndicate and the underworld for the position of Godfather. To maintain his supremacy, Lord William wishes to drag Alice in his criminal world. Alice witness the loyalty, violence, nudity, luxury, and betrayal in the underworld. And after being molested, Alice returns to live ordinary girl life, but she is reapproached by the underworld leaders to join them.

Finding no escape route, Alice can either be a part of this ruthless world as a player or succumb to the never-ending darkness of slavery. Will she be able to make it?

“If this keeps up, I’m going to blow my brains out.”

It wasn’t until I actually said those words that I realized I’d hit rock bottom. I didn’t just say them. I meant them.

Think back to your school days. Do you remember the kid in the back of the classroom? That quiet one who was different from everyone else? Maybe he didn’t dress the same as most kids. Maybe he had a different haircut or liked different music. Perhaps he came from a poor family and his clothes were often dirty. You picked on him for being different. It was no big deal; everyone else did it. You giggled at him and called him names. You knocked his books off his desk and pretended it was an accident. You shot spit-wads at him. You excluded him from games at recess. It was funny to you, and that’s all that really mattered.

Now, I’m about to relive my past in an attempt to understand why God, the God of peace and love, permits the cruel injustices of the world.