Skip to content
One sassy Demigoddess. Four hot Guardians. A steamy fantasy romance series to make you swoon. As a demigoddess, Wyn has always stood out from the human crowd. And now, on her 22nd birthday, her magic finally surfaces with a bang. A big bang. She’ll need the help of not one, but four (sexy) Guardians to control her destructive powers. If only they weren’t so distracting… Her mother, the Winter Queen, waits for Wyn in the Realms of Gods, but there are enemies who will try and prevent her from ever reaching the Realms, even if that means going to war. Will Wyn be able to survive the journey? And if she does, can she resist falling for her Guardians? Actually, does she want to resist? A reverse harem romance novel full of yummy protective men, a strong heroine, Celtic mythology, kilts, Scottish accents, very steamy scenes and nasty demons.

Skye MacKinnon is a USA Today & International Bestselling Author whose books are filled with strong heroines who don’t have to choose. She embraces her Scottishness with fantastical Scottish settings and a dash of mythology, no matter if she’s writing about Celtic gods, cat shifters, kilted aliens or the streets of Edinburgh. When she’s not typing away at her favourite cafe, Skye loves dried mango, as much exotic tea as she can squeeze into her cupboards, and being covered in pet hair by her demon cat.
Website : https://skyemackinnon.com/index.html
“A historical romance’s lover’s dream.” Candlelight Reading. When a friendship is shattered, can a fragile young woman with the gift of insight repair the rift? Daniel Donovan wants two things: to get married, and to restore his friendship with Alec Twelve Trees. Alec is raging about his mother’s murderer, whose name Daniel knows but won’t reveal, as the killer is dead & all proof died with him. Alec cannot accept this, becoming more angry every day. ​ Daniel’s fiancée Annie is a delicate girl—her health frail, her future uncertain. Prone to vicious headaches that can rock her to her knees, Annie accepted Daniel’s ring but hesitates to name a wedding date, as marriage and possible pregnancy might exacerbate her physical problems. Annie inherited the gift of insight from her mother. She digs into the past & realizes that Daniel is protecting the killer’s surviving family—part of the Donovan inner circle. And when she discovers the secret behind the murder, it’s more horrifying than she could have imagined. ​ It may take more than Annie’s small strength & inherited skills to bring the friends together again. And that’s before a new enemy shows his face. “There is enough swoon-worthy, though tender, romance to melt even the coldest of hearts, and there is plenty of action and adventure for those who enjoy novels that keep them on the edge of their seat.” Whispering Bookworm

Gifford MacShane is the author of historical fiction that celebrates the resilience of the human spirit. Her novels feature a family of Irish immigrants who settle in the Arizona Territory. With an accessible literary style, MacShane draws out her characters’ hidden flaws and strengths as they grapple with physical and emotional conflicts. Singing almost before she could talk, MacShane always loved folk music, whether Irish, Appalachian, or the songs of cowboys. Her love of the Old West goes back to childhood, when her father introduced her to Zane Grey. She became interested in Irish history after realizing her ancestors had lived through the Great Potato Famine. She’s combined these three interests into a series of romances, each with traditional song lyrics and a dash of Celtic mysticism. The DONOVAN FAMILY SAGA includes WHISPERS IN THE CANYON (Book 1), THE WOODSMAN’S ROSE (Book 2), and THE WINDS OF MORNING, a prequel novella requested by her fans. RAINBOW MAN (Book 3), was published on October 18, 2021. MacShane is a member of the Historical Novel Society. An avid gardener, Giff cultivates pollinator plants and grows tomatoes (not enough) and zucchini (too much). A self-professed grammar nerd, Giff currently lives in Pennsylvania with her husband Richard, the Pied Piper of stray cats. You can contact Giff through her website, listed herein.
Website : https://giffordmacshane.com
A young woman raised by the spirits of the forest. A wanderer with haunting, gold-flecked eyes. Together, they travel into a world of monsters and rust to save her dying home.

Jesse McMinn is a writer, gamer, and Canadian with a passion for fantasy in all its forms. He is the author of The Greencloak Wanderer, the creator of The Legend of Maxx, and the author of Loria, Trials, and Archsage. He currently lives in Ontario, Canada with his wife and their two pets, Pimento the betta fish and Pickle the crested gecko.
Website : https://twitter.com/McMinnJesse 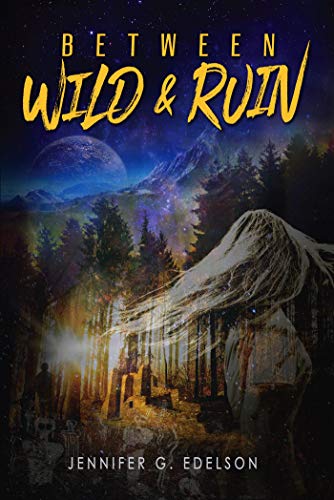 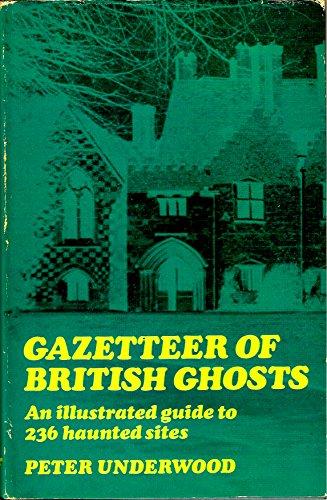 The classic inaugural work by the well-known British ‘ghost hunter’ Peter Underwood (1923-2014), which can now be read in conjunction with a specially created ‘Gazetteer of British Ghosts’ GoogleMap, as well as ‘The Ghostly Gazetteer’, a WordPress blog dedicated to hunting down illustrations to all 236 sites contained in the book.

First published in 1971, and republished under the title ‘The A-Z of British Ghosts’ in the 1990s, this work represents the first attempt to offer a systematic survey of uncanny accounts of ghostly happenings throughout Britain, ranging from legendary to real-life experiences.

This newly revised ‘pure digital’ edition has been updated with information about the current status of each site, and each account has been further revised for greater clarity and ease of reading, following in Underwood’s footsteps in terms of his style, as well as in his aim of making each account as interesting and readable to the reader as possible.

You can read about famous haunted houses such as Borley Rectory, Hampton Court and Glamis Castle, as well as lesser known hauntings such as those associated with Woburn, Bury St Edmunds, and the Gargoyle Theatre in London’s Soho.

This new edition also includes a foreword by Underwood’s son Christopher, as well as an afterword by author Alan Williams, followed an interview Williams conducted with Underwood in 1997.

‘Every single entry has been reconsidered for today’s readership – to bring Underwood’s original accounts into the present – to enliven them and carry on his original endeavour to present them to the reader in the most accessible and readable way’ – Adam Underwood – Editor of the ‘Revised Edition’.

‘I read Peter Underwood, book after book, year after year and I hope that I am able to make my own readers feel that way about my own.’ – Alan Williams, author of The Seance Parlour (2013)