★A jaded girl. A persistent genie. A contest of souls.★

Recent college graduate Dolly Jones has spent the last year stubbornly trying to atone for a mistake that cost her everything. She doesn’t go out, she doesn’t make new friends and she sure as hell doesn’t treat herself to things she hasn’t earned, but when her most recent thrift store purchase proves home to a hot, magical genie determined to draw out her darkest desires in exchange for a taste of her soul, Dolly’s restraint, and patience, will be put to the test.

Newbie genie Velis Reilhander will do anything to beat his older half-brothers in a soul-collecting contest that will determine the next heir to their family estate, even if it means coaxing desire out of the least palatable human he’s ever contracted. As a djinn from a ‘polluted’ bloodline, Velis knows what it’s like to work twice as hard as everyone else, and he won’t let anyone—not even Dolly f*cking Jones—stand in the way of his birthright. He just needs to figure out her heart’s greatest desire before his asshole brothers can get to her first.

COME TRUE: A BOMB-ASS GENIE ROMANCE is the romantic, fantastic second-coming-of-age story of two flawed twenty-somethings from different realms battling their inner demons, and each other, one wish at a time. 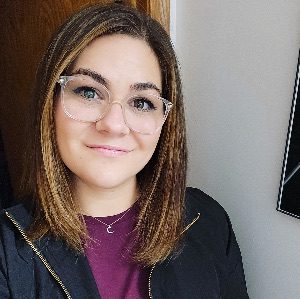 Brindi Quinn is a fangirling fantasy author from Minnesota specializing in world-building and romance. She is an advocate of quirky love and firmly believes that banter makes the heart grow fonder. Her main ingredients for a great read are spice, sparkle, and SWOON.

Since 2011, Brindi has written over a dozen young adult and new adult novels beginning with her debut epic fantasy series, Heart of Farellah. Her works often blur the lines between paranormal romance, science fiction, and fantasy, and her series have been hailed as unique, addictive reads by reviewers.

Brindi is an IT Project Manager by day and has a bachelor’s in communication-based studies from Southern New Hampshire University. She lives in suburban Minnesota where she likes to bike, indulge in video game lore, and spend time with her life partner, Kent, the world’s cutest pup, Burton, and the fluffle of cantankerous rabbits that hop around her house.

Brindi is published through Never & Ever Publishing and Midnight Tide Publishing.