Ledalina is the reconstructed text of a late nineteenth-century journal, written by an unnamed Dutch scholar, telling of dark and mysterious events that allegedly occurred in Durban just before the turn of the century, parts of which are as upsetting as they seem unusual for the period.

This fascinating journal has been translated to English and made available to the public for the first time since its discovery.

“But what is even more consuming than my fear, is my curiosity. I am still in the possession of Ms Ledalina’s letter, and the only way forward and the only way to ease my mind is to at least solve as much of this mystery as I can from my present position.” 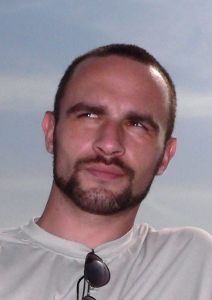 Ishmael O. Ross is an author, technical writer and software architect. His stories appear in The Scarlet Leaf Review and The Opiate, and his first novel Dire Redemption has been published by The Unseeing Eye. Call him Ishmael.

Carriage broken down in an isolated area of Central America, abandoned by her guide and surrounded by bandits, Marta Swan appeals to handsome Ramon Santiago for rescue. A swift ride on horseback takes them to a remote castle nestled in the mountains, where Marta is welcomed by Ramon’s employer, an enigmatic, red-bearded man known throughout the region as the Viking. Marta is shocked and terrified to discover the Viking is a madman who believes her to be the reincarnation of a lost princess.

The Viking possesses great treasure, a golden crown and an ancient medallion, which men are seeking and will kill to own.
Everything depends upon Marta’s finding her archaeologist co-worker, Alan Avery, who has because of their work ventured into Honduras and has vanished into the jungle. But Ramon, who Marta now realizes is acting as her personal bodyguard, will not allow her to escape. 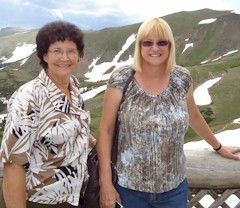 Vickie Britton, along with her sister Loretta Jackson, has written over fifty novels. There are best known for the popular Jeff McQuede High Country Mystery series, set in Wyoming. They are also co-authors of the eight-book Ardis Cole archaeological mysteries and Arla Vaughn the Pre-Columbian Treasure Series. They also write many single-title suspense, mystery romance and gothic romance. Their suspense titles include The Viking Crown, The Vanished Lady, The Victim’s Child.

Soiled Doves of the Wild West.

Young Martin is your average 9-year-old boy, just one who happens to frequent graveyards and reads books about spells and monsters. He happens upon one such spell book and finds a spell that allows him to bring back the dead, and the one he brings back is one Young Miss Victoria Blackwell.

Miss Blackwell had no real friends to speak of when she were alive so she had to make ones out of her own imagination. The problem was no one else could see them. With Martin’s Book of the Occult, though, that was a problem of the past. There just so happened to be a spell capable making her friends visible to the rest of the world. It also just so happened that her friends are real monsters with particular peculiarities.

A new problem arises when Miss Blackwell’s now visible friends are set loose on the town one Halloween night causing all sorts of trouble for Martin and Victoria.

Written by and featuring colorful Illustrations by K. N. Parker (The Death of Death) The Deceased Miss Blackwell and her Not-So-Imaginary Friends is a macabre Children’s tale about true friendship, which, unlike people, never dies.