Alone beyond the edge of Civilization.

A routine exploration mission explodes into chaos 2.8 billion miles from home and throws Commander Jephora Cochrane and the crew of the prospector ship Jakob Waltz into a crisis that will test their experience to the limit.

After a puzzling message from Fleet Chancellor Roja adds to the confusion, Cochrane isn’t sure who he can trust. Yet somehow, regardless of their hidden secrets, he must push his crew to new levels to save their ship.

Together they make a discovery that will alter the course of history. A secret, buried at the edge of the solar system, which is the key to changing everything.

But only if Humanity can survive until the truth gets out.

Get Legacy of Pandora and unlock a half billion year old mystery that will shape the future of civilization.

Book One of the Shan Takhu Legacy. 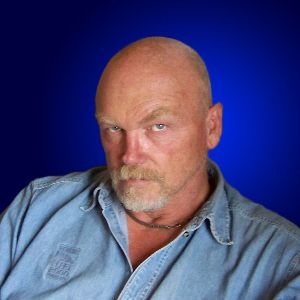 Eric Michael Craig is a “harder-edged” Science Fiction writer living in the Manzano Mountains of New Mexico. He is the former Director of Research for a private consulting laboratory in Phoenix, where he experimented with inertial propulsion and power generation technologies.

When not writing, Eric is active in Intentional Community Design, plays guitar and bass, occasionally dabbles in art of various forms. He also owns way too many dogs.

A dying student. A visionary scientist. Civilization-crushing conflict. Michael Carr stands at the edge of death. A bright young student, he is living out his final years on the quiet shores of Lake Superior, knowing that a genetic disorder is destroying his lungs. Even as Michael struggles to accept his fate, he finds a new hope: reports of breakthroughs in human-machine augmentation. Seeking a lifeline, Michael accepts a scholarship offer to study under the tutelage of the renowned and enigmatic Professor Arjun Khatri, who strives to expand the human mind through brain-computer connections, transcending the limitations of biology. As their paths cross, Michael becomes instrumental in a critical breakthrough in Professor Khatri’s research, with consequences that neither of them could have predicted. An unstoppable technological tsunami sweeps the world. Can Michael cheat death? Can the emerging post-human race cross the cataclysmic chasm separating them from the loved ones they’ve left behind?

Khira Allen writes hard science fiction and mind-bending cyberpunk novels that explore the transformative expanse of technology. A scientist by day and a keen observer of the human nature, Khira remains endlessly fascinated by the radical changes that technology can unleash in our world. In her novels, she delves into the frail human side of technological change. Khira is an early riser who creates her best work while the rest of the household slumbers. She enjoys travelling, reading and working in her garden. When in a whimsical mood, Khira pens short stories that explore our relationship with technology, sketch visions of the future and give a science fiction twist to traditional fairy tales.
Website : https://www.goodreads.com/author/show/21429219.Khira_Allen