Skip to content
May the poetry in this book serve as a reminder to remain humble and kind towards all beings. Embody divine, deep, and unconditional Love for self and others. Openly give of yourself to the rest of the world. Smile more, forgive often, and let go of wrongdoings. Tune into your heart’s rhythm to understand your life’s purpose. Always stay true to your heart’s desire. Follow the sacred path of the heart to answer the necessary questions: Who am I? What is the meaning of life? Why am I here? Let the answers which arise manifest as your legacy to this world. The Heart’s Journey is the fourth of the seven poetry books series. It is composed of poems with topics related to the heart chakra. The heart chakra is the fourth chakra. It is the one associated with compassion, trust, forgiveness, ability to receive and give love to self and others.

Maria Kitsios is a New York licensed massage therapist, Reiki master, and certified yoga instructor. The Heart’s Journey is the fourth of a seven books series and is composed of poems associated with the heart chakra. Her previous three books are The Journey to Source, Unravel the Veil and The Vessel of Truth. Join Maria’s newsletter and receive a free copy of the asanas guideline. www.subscribepage.com/thejourneytosourceasanas Instagram: @mkitsioslmt Facebook: @Maria Kitsios, LMT
A beautiful poetry collection about love, loss, spirituality, and healing. Through the finely weaved verses, “The Dawn of Speech” tells the story of a young man on his search for purpose.

Hello! My name is Joseph Wood. I grew up in Massachusetts before moving to Arizona where I currently live. I love writing, reading, and watching shows. My favorite shows have to be Friends, HIMYM, and Psych. I love sharing my thoughts and feelings through poetry. I hope that you can connect with and enjoy it!
Website : https://www.instagram.com/_joseph.wood_/
Sometimes the best medicine is a dog who loves you. Maggie Allen hates being a delivery driver, but she can’t leave her small town to find a better job; her father’s too sick to take care of himself, her younger brother Jake can’t stay out of trouble, and her nagging aunt won’t stop meddling in their lives. The last thing she needs is a dog to take care of. Especially one that’s spent most of his life chained up by neglectful owners. But when Dad goes behind her back to adopt a pit bull named Cappuccino, she has to admit that the dog is good for the family — Dad’s tackling physical therapy with new determination, and Jake’s been helping out more. Despite the messes he makes, Maggie’s fond of the eager-to-please dog. Her luck can’t last, though. In his enthusiasm to please, Cap accidentally disconnects Dad’s oxygen, convincing Aunt Josephine that Maggie can’t do anything right. Can Cap keep Maggie sane —and the whole family safe — when Josephine moves in and turns the chaos up to 10? Pitty Party is the fifth book in the Soul Mutts series, heartwarming stories of lost dogs finding new homes with the humans they were born to heal.

Lori R. Taylor is the founder of TruDog, a lover of all animals, and author of the Soul Mutts series. It’s her mission, vision, and passion to help humans understand the ways in which our canine friends make the world a better place. Lori’s been helping to build businesses all her life, but her work at TruDog made her remember a dream she’d had forever. She had always wanted to be a writer, and TruDog proved what Lori had always known. Not just that dogs made the world a better place, because of course they did, but that humans needed them more than they could ever possibly know. In addition to her work with TruDog, Lori has helped to raise over 5 billion dollars for the Disabled American Veterans. She’s not just an animal lover, Lori has a soft spot for unwanted or “broken” things and is their fiercest defender. Just ask Truman, the three-legged Great Dane that TruDog was named after. As a little girl Lori dreamed of telling stories. She did that for brands for years. Now she’s doing it like she’s always wanted to, for you and with this series. Lori wrote Soul Mutts for you. Books to remind you of what you already know, but can’t wait to feel again.
Website : https://sterlingandstone.net/book-author/lori-r-taylor/

John T. Krotec is an entrepreneur, speaker, writer, and army veteran.  After college, he went to work in corporate America and realized that despite doing well in the job, he wanted something more. He joined the Army later in life with the purpose of serving his Country. The Army taught him discipline and how to value himself. After three years of Active Duty, he left the Army and returned to civilian life. It was then that he got reacquainted with his future wife, helping her to raise a family. Together they also successfully ran a business for over two decades, selling travel gear and clothing.

In 2012, John hit rock bottom and survived a traumatic brain energy caused by an alcohol-fueled traffic accident. This unleashed his demons and forced him to finally cope with the trauma he experienced at a young age. Over this time, he almost lost his marriage and family. With months of Cognitive Behavior Therapy (CBT) and Hemp-Based Pharmaceutical (CBD) treatment, he developed his own healing system by using creative pursuits for coping with trauma and saving his marriage in the process. 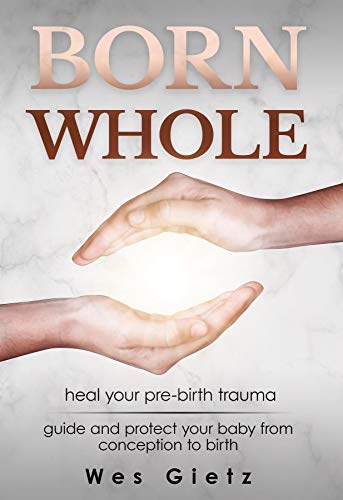 You, and Your Children, can be Born Whole

Do pre-birth traumas and pain affect us later in life?

Can we heal from the effects of those traumas?

Is it possible to communicate with and guide babies in the womb?

The author of Born Whole re-lived three major pre-birth events while in a deep altered state of consciousness: his own conception, implantation, and labor. Later he revisited the environment of the womb and experienced again the wonder and stresses of his mother’s ongoing emotions, worldview, and physical circumstances. This is the story of his journey. Born Whole also includes the beautiful story of how he spiritually guided a baby through its birth.

In Born Whole you will learn how the experiences and environment of the womb prepare you for life after birth. You will discover

Born Whole is for parents, grandparents, nurses, midwives and others who work with babies yet to be born. You will discover

Since childhood, each of us has been trained in the art of wearing a mask. Often passed off as a self-preservation technique to prevent people from seeing what’s really going on inside, we’ve learned how to shield others from discovering our insecurities, our fears, and our past pain.However, what is hidden in the dark will eventually come to light. Emotions like shame, anger, fear, and abandonment that often lie beneath the mask have the power to keep us in emotional and spiritual bondage. We must seek God to heal the broken pieces of our hearts. If you find yourself constantly living in the past, or you feel like you can never let people close enough to you to learn who you really are, this book is for you.

This book will: challenge you to uncover the pain you have hidden behind a mask so you can begin the healing process; shift your belief that the past can determine your future.; draw you closer to God by removing barriers that prevent intimacy; help you to identify ways in which God can use your past experiences to help others.

God desperately wants you to experience His love and the freedom that belongs to you as a believer. This book will be a valuable tool in helping you get there.

He Restoreth My Soul is a delightful devotional bursting with real kingdom principles, personal encounters, and the keys to your spiritual breakthrough!

After being diagnosed with systemic lupus and suffering the painstaking loss of 5 miscarriages, Cassandra reached her hand and her hope to the Only strength she has ever known ~ Jesus!
With much prayer, petition, and faith, Cassandra battled against the odds, the snare of the enemy, and WON!
–
Now You Can TOO!

Your wait for a spiritual breakthrough is OVER.
He Restoreth My Soul by Cassandra Hill is the Fresh perspective you need to run your race, fight your battle, and WIN in Jesus Christ! 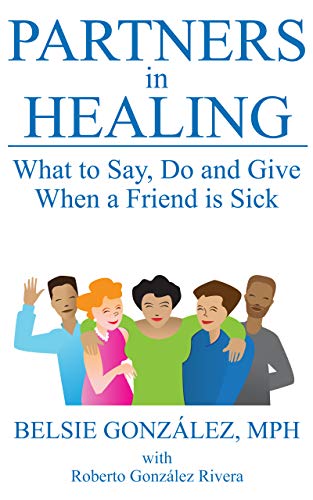 What If You Could Get a Cancer Survivor’s Advice to Help Your Sick Friend?

Someone you love is fighting a serious illness. Watching that struggle is one of the hardest challenges you can face, specially if you are involved in caregiving. It can leave you feeling helpless. What can you say? What can you do? What can you give? How can you support that special person during this difficult time?

In Partners in Healing: What to Say, Do and Give When a Friend is Sick, Belsie González offers answers to these questions. González is well qualified to offer advice. She is a two-time leukemia survivor. In this book, she draws upon her experiences and those of other former patients and caregivers to share useful insights about what works best.

In these pages, you will discover:

With compassion and grace, Belsie González shows, in clear, easy-to-understand language, how friends and family of those fighting serious illnesses can become Partners in Healing.