Baron Theodus of Sursival arrives at the Green Wyvern Inn to tell his life story. Each night, he returns to regale the townspeople with tales of monsters, treasure, foes, and friends. And when his story is done, he says he will leave his subjects, never to return.

To most people, the baron’s name is Bull. He is a giant of a man. They say the great warrior has never been defeated in battle, but he will tell you those tales are lies. He has come to set the record straight and promises to tell the whole story of his life: victories and losses alike.

Tonight, he will tell the tale of his road to adventure. It starts with a goblin raid that leaves Bull, his sister, and his mother as penniless refugees on a perilous journey. The trials that follow push Bull to the very edge of human endurance. 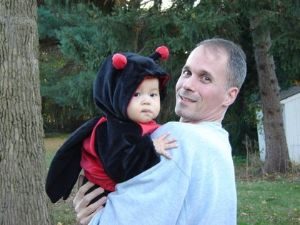 Matt Heppe lives in suburban Philadelphia with his wife and daughter. He teaches economics and military history, and in his free time plays as much Dungeons and Dragons as he can manage. He is a United States Army veteran, having served in Germany and the Middle East as a UH-60 pilot.