John wants to be part of the first family to fly around the world. Colin wants to stay at home, not sail out on a fishing trawler into the Arctic Ocean where his father drowned.
But one little accident leads to disaster, and that means the boys have to overcome their fears to meet far from home, in one of the coldest, harshest places on earth.

‘… a great yarn for intermediate age kids, both boys and girls … full of detail of life on both the plane and the boat …’ M.F. Crowl, review of the first edition.

‘… well written and full of suspense and drama … The book would suit those of all ages who like adventure stories.’ Dion Perry, review of the first edition.

‘A ripping adventure. Evocative. For all children under 105. I sat riveted from beginning to end.’ Carol S. Child, review of the first edition. 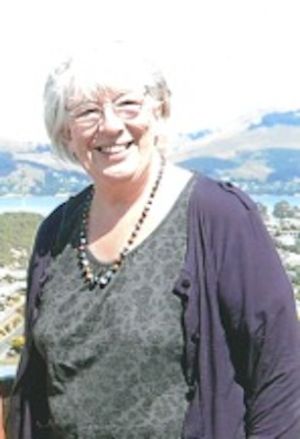 Beatrice Hale is Aberdeen born and bred, but now lives in New Zealand where she draws on the vibrant tales from her family history for her books for adults and children.

The Legend of Madoc, a twelfth century Prince of Gwynedd
Cherokee folklore tells of a brave group of moon-eyed, pale-skinned explorers who many, many generations ago, crossed a great water to reach their lands These people called themselves Welsh, and their story begins here…

The North Wales princedom of Gwynedd mourns the death of its greatest leader, Owain. Not all grieve though; his son Dafydd, positions himself for an ambitious power grab. When Prince Madoc unearths evidence of a murderous plot, his duplicitous half-brother Dafydd is one step ahead of him, and as more details come to light, the net closes in on Madoc. A chance meeting with an old friend from the Norse city of Dublin offers Madoc an escape route, but there is a grave price to pay.

Exiled in Dublin, a plan is hatched for a triumphant return to Gwynedd, but there are bumps in the road still to negotiate. One of the agents sent back to garner support for the cause is captured, while their host’s beautiful daughter proves a fatal attraction for Madoc’s boisterous young half-brother, Cynwrig.

The story reaches its dramatic and heart wrenching climax on the ancient Druidic island of Anglesey. Will Madoc succeed in restoring order and justice to his homeland, or does a mysterious new world far across the ocean beckon?

At sixteen, Lola La Fontaine will be forced to marry one of the richest men in La Belle Epoque France—a man she doesn’t love—and live a lifestyle destined to strangle her personality and ambition. Lola devises a plan to avoid the marriage and achieve her dream to become a famous cabaret star.
But her plan backfires when she finds her life in danger in the gritty Parisian underworld of treacherous thieves, kidnappers and killers.
Is it too late to choose the safe, pampered life she knows she will hate? Or will she find the courage to risk everything to pursue her dream?