It’s darkest before the dawn, but is it darker than a vampire’s soul?

For 400 Years Saito Izumi Has Struggled with What It Means to be Kyuuketsuki–A Japanese Vampire!

In Feudal Japan, during an attack on Kumamoto Castle from a horde of swarming y?kai— mythical creatures born from the darkest depths of Japanese folklore—the samurai Saito Izumi will be forever changed. By morning’s dawn, Saito will be kyuuketsuki, a Japanese vampire!

Join Saito in Feudal Japan as she confronts an army of thunder-beasts, ogre-like oni, and the seductive spider-whore jor?gumo. Creatures as diverse as they are deadly. Then travel with the former samurai as she battles 18th Century Spanish soldiers and vampires along the Spanish Main. Stand with her as she wages war against shape-shifting Mexican nagual, fighting alongside the likes of Davy Crockett, William Travis, and James Bowie to defend the Alamo.

In this heart-wrenching collection of original stories are four terrifying tales from Saito Izumi’s centuries of existing—she doesn’t consider it living—that explore her dangerous and deep personal journey to understand the blackest darkness of an inhuman soul, to discover what it means to live and not simply survive, and most important of all, to learn if a vampire can triumph over evil and truly love again.

The Irish Cycle Series – A unique urban fantasy adventure with a mix of mythological and supernatural elements set in contemporary and historical America. 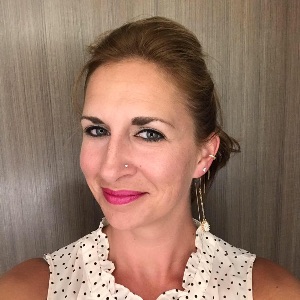 The Governor she trusted to protect her wants her dead. The target she was sent to capture wants to help her live.

You’ll love saving money on The Caitlin Chronicles boxed set because it includes four amazing books at a great price.

When Caitlin finally gets the chance to join her brother on a mission outside of the walls of the town she has been trapped inside all of her life, her entire reality is shaken.

Enemies appear in the strangest of places. The zombie-like ‘Mad’ roam the forests. Vampires and Werewolves from the fairy tales of her childhood become reality as Caitlin is forced to discover the truth of the Age of Madness and begin the fight for justice.

Can Caitlin lead the charge on freedom, and start the revolution that will change her world?

Set within the wonder of the Kurtherian Gambit Universe, discover the chaos and insanity of the Age of Madness—a time when the world turned on its head, and nothing is as it appears…

Scroll back to the top and click ‘Read for Free’ to binge read Caitlin’s adventures!

NOTE: This boxed set contains cursing. Perhaps humorous cursing, but cursing nevertheless. If this offends you, we don’t suggest reading this book.

As a teen, he moved to Florida and that’s where his creativity took off. In his first couple of days in a new school, he was approached by a classmate who asked did he know how to rap? He answered no, but the classmate replied by saying I’ll show you. Cedrick began to write raps which back in the eighties was more like stories and much different than it is today. He wrote the story and the classmate rearranged the words and organized them into rap lyrics and from there he just couldn’t put the pen down. After the classmate moved away, Cedrick kept on writing stories and turned them into rap lyrics even though, he couldn’t rap to save his life.

Life happened and he put away his pen to provide for his family but the stories swimming around in his head wouldn’t go away. Even though he was busy with work and taking care of his family, he made sure that he made time to write. He wrote a ton of scripts and entered a few screenwriting contests, but he realized to make it in Hollywood you’d more than likely have to move there or know somebody that knows somebody to get in the door. His wife kept telling him for years to write books instead but he didn’t think he was cut out to be an author in that capacity.

A life-altering event plus the fact that he’s not getting any younger finally caused him to take the plunge.