Skip to content
‘Fate Worse than Death,’ is a book riddled with crime and suspense. When Amanda’s son Logan is kidnaped, she courageously searches for him with the help of her, not by the book uncle Theuns and a private detective friend who is ex-police, Hugo. The search sees them traveling across the country, from Johannesburg to Durban and finally to Cape Town. Arranged accidents and constant harassment, even from the police, make the trio more determined to get to the bottom of the kidnapping. Their world is turned upside down and they see themselves framed for the kidnapping. Wanted, but with a few resources, the battle to get Amanda’s son back intensifies. The question is, was the kidnapping for muthi or another insidious, unbelievable reason? A well-organized human trafficking syndicate is exposed, and a lot of stand-up citizens are at risk of having their dirty laundry aired out in public. Will they allow the exposition, or will they kill to protect themselves?

Gwen is an amazing woman who is passionate about social justice. Her heart emits light and her warmth towards humanity will one day see her as an advocate for change. Her warmth is comforting and ensures to those in pain. Two words to describe her are, beautiful soul. Gwen’s mantra in life is “Change Every Life You Touch” and she seeks to evoke thought, emotion, and compassion with the books she produces.

Violence and subjection dawns across America in her last days as the New Federation flexes its muscle under a new administration. Under COIL leadership, Christian refugees flee for their lives toward the West, as killers have been tasked to hunt them down.

In this new age of unrest and persecution, Levi Caspertein exchanges caution for mercy to care for an injured enemy who has lost all hope in living. Jenna Dowler and Chen Li are kidnapped by human traffickers, but their faith in God’s providence lifts their resolve to serve rather than strive. It seems unlikely that Nathan Isaacson will be able to rescue his wife and the blind woman before they are sold or killed.

Meanwhile, Rex Caspertein grits his teeth in determination, buries the dead, and leads the refugees toward the setting sun. Hunger, thirst, and fear threaten his humble band of Christian families, and although he can identify the armed convoy chasing them, he can only suspect the sedition within his own party.

As Book Three of the Last Dawn Series erupts in loss, heartache, and weariness, God’s people set aside their own wounds to patiently care for the lost around them. The sun seems to set on any hope for the future, while the dawn of subjection rises behind them. And yet, there is love, even in the midst of sorrow . . .

Dawn of Subjection is a 90,000-word Christian apocalyptic novel. Bonuses include: an author note, a map, a character sketch, and a teaser for Book Four of the series, Dawn of Tribulation, coming early 2021. 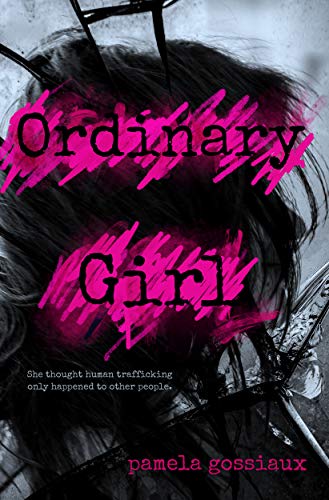 I close my eyes and pretend I’m not me anymore. I try not to smell his stale breath on my face or feel what he’s doing to me. It’s over quickly, and this one doesn’t want to stay. He stands, zips his pants, and leaves.

The shift seems harder than usual, and my skin crawls worse with each new man who enters my motel room. I want to leave, to run, but Tommy’s thug is standing guard out in the parking lot.

And if he leaves, there’s always someone else. Always. There’s no chance of escape.

A harrowing tale of a high school senior who’s headed for college, but suddenly finds herself the victim of sex trafficking. Based on true-life accounts of survivors, Heather’s story reveals a dark and dangerous world where you can trust no one.