These days, everyone wants their fifteen minutes of fame. Brian Weathers doesn’t. He’s a novelist and he’s actually quite successful. The thing is, he doesn’t want to become famous at all. In fact, he’s only told six people he’s got books published. So what’s going to happen when a photo threatens to out him to the world? However will he cope? 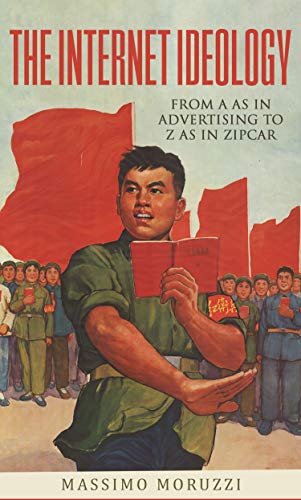 Regardless of the question, the Internet is the answer.

We are told that the Internet and the market are the solution to every kind of problem. But is it true? Will Big Data help us to understand the world? Is the Internet really on the side of democracy? Does it make sense to make gamify everything? Is the Internet (still) the Frontier? Or is that era past us and we are now faced with the greatest concentration of economic power of all time?

It seemed perfectly normal to Jeff Jarvis, a famous American journalist, to ask: “What Would Google Do?” if the company based in Mountain View were put in charge of the public sector.

It apparently didn’t occur to him that the rules and goals the public sector lives by are, or at least should be, different from those of a private company.

According to many, the Internet, this jumble of servers and communication protocols, is the greatest invention ever. But is it really so? And wasn’t the same thing said of inventions such as the telegraph, the radio, movie pictures, television or nuclear energy?

Perhaps it’s time to clear our minds and talk about the Ideology of the Internet.

We will speak about…

…and much much more!