You have spent some time learning all the skills it takes to be a good cop, deputy, agent, or civilian member of a law enforcement agency. You’ve proven yourself on the front lines. You relied on tools such as protective instruments, defensive tactics, handcuffs, firearms, and your experience. In short, you’ve been a Superhero. To successfully transition from Superhero to Supervisor requires a new set of tools and skills; soft skills.

As a supervisor, you are expected to know how to motivate the superheroes you lead, rate their performance, reward them when they do an outstanding job, and hold them accountable when they screw up. You also have a boss to report to, who will hold you responsible for doing all those things. After reading this book, you will be equipped with a new set of tools. Think about it as an entry-level academy for supervisors. If you follow the guidelines and lessons inside this book, you will not only be a successful supervisor; you will be a confident leader that others look up to and respect.

It’s time to arm yourself with soft skills for hard results! 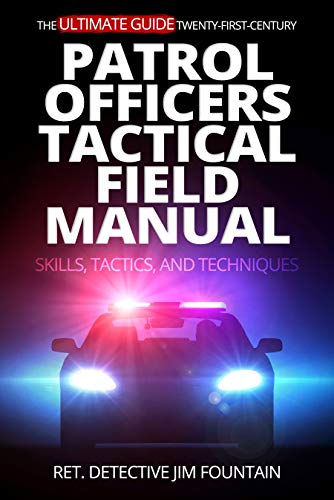 R. Lawson Gamble – THE DARK ROAD – Zack Tolliver is a newly minted FBI agent assigned to the Four Corners Indian Affairs FBI liaison team on the Navajo Reservation. Raised in eastern suburbia, he is dropped into a strange land and culture where he is immediately assigned to a missing person case that may have links to sheep mutilation and a murder. A total novice in all areas of his experience, he must rely on the Navajo men with whom he is partnered, one of whom will one day become his best friend and mentor. This novella is a prequel to the Zack Tolliver, FBI, Mystery Series.

Mark Reps – NATIVE ROOTS – Zeb Hanks is a modern lawman, but he had to start somewhere. This two-part novella explores Zeb’s roots as a young man and his early law enforcement career as a border patrol agent and Tucson policeman. A mysterious beating, illegal immigrants crossing the border, and a brush with the jaded world of politics mesh together to teach Zeb the meaning of justice, western style. This novella is a prequel to the Zeb Hanks Mystery Series.

Felix F. Giordano – MISSING IN MONTANA – Axe Killian was a Knuckle Dragger, ex-military now undercover FBI with a Harley, an attitude, and a secret. When he stumbles upon a five-year old cold case abduction, his past coaxes him to accept the assignment. As he closes in on the missing, mixed-blood Blackfeet teenage girl, she would not only change who he was, but who he would become. This novella is an introduction to the Jim Buchanan Series, set in Montana.