Skip to content
gray, empty but i let the words grow and my heart, i let show but with separation came the anxiety, the pain, the journey within confinement. i wasn’t ever my own and my many faces had me so alone, i thought i might drown. it started before i even knew what puberty meant: at twelve, i wrote my first lines. now, at twenty, i want you to read my warning signs.

Megan Diedericks is avid writer, and the writing bug bit her when she wrote her first creative essay in school. She is situated in South Africa, and is proudly part of the LGBTQ+ community. This poetry collection details her dealings with grief, loss, love and heartbreak – a storm we all experience, yet feel alone inside of the eye of it.
Website : https://megwrites.carrd.co/
This collection of poetry is a combination of the ups and downs of my anxiety and depression while battling heartache. It reflects my limited belief in myself and my codependence on another human who damaged me. My heartache was very painful and unforeseen. I fell in love hard and hurt hard. Through the pain I found life changing healing. If you have ever had your heart ripped out then this book is for you!

Dacia Collins was born and raise in the enchanted state of New Mexico. Dacia considers her family and life experiences to be most important to her. Dacia loves being a lifelong learner. When she isn’t working or tending to her two beautiful children, you can almost always find her adventuring and creating new memories!
This is a LOVEly book that features love as word play with pictures. It’s the perfect gift for any time you want to tell someone you love them: anniversaries, birthdays, Valentine’s Day, weddings, Tuesdays…whenever! Each page shows pictures of hearts and includes a witty interpretation with artwork. Perfect for a romantic gift or a silly one for someone you love, this book truly is a gift of love! Enjoy!

Dr. Trina Boice grew up in California and currently lives in Las Vegas. In 2004, she was honored as the California Young Mother of the Year, an award which completely amuses her 4 sons. She’s a #1 Amazon best-selling author of 31books with another one hitting store shelves soon! You can see them all at www.TrinasBooks.com You can listen to her daily podcasts on the Volley app on your iPhone or on Spotify, Alexa, and Anchor. It’s called “Daily Inspirational Quotes with Trina Boice”. She is a movie critic at www.MovieReviewMom.com and offers online courses for professional & personal success at Lifelong Learning Education. She helps writers as an author coach to turn their books into a thriving business at https://FromBook2Business.com and shares travel hacks at Empty Nest Travel Hacker Trina has a doctoral degree in Management at CTU and teaches class at Brigham Young University. Her master’s degrees are in Healthcare Administration and Community Wellness Promotion. Trina earned two Bachelor’s degrees from BYU where she competed on the Speech and Debate team and the Ballroom Dance Team. She was President of the National Honor Society Phi Eta Sigma and served as ASBYU Secretary of Student Community Services. Trina also studied at the University of Salamanca in Spain and later returned there to serve an LDS mission in Madrid for 1 1/2 years. She has a Real Estate license, Travel Agent license, 2 Master’s degrees, and a Black Belt in Tae Kwon Do, although she’s the first one to admit she’d pass out from fright if she were ever really attacked by a bad guy. She is a doctoral candidate in Management with a concentration in Adult Education Leadership. She is passionate about learning! She worked as a Legislative Assistant for a Congressman in Washington D.C., and was given the “Points of Light” Award and Presidential Volunteer Service Award for her domestic and international community service. She currently teaches at Brigham Young University and is the Entertainment News Editor for BellaOnline.com Trina was selected by KPBS in San Diego to be a political correspondent during the last election. If she told you what she really did for a living she’d have to kill you.
Website : https://www.moviereviewmom.com/

This book is filled with one hundred and eleven daily devotional stories. These are true accounts in the author’s life, his daily walk with Jesus. Despite the personal nature contained in this book, these stories are about you and me, how God seeks a rich and meaningful relationship with each one of us. How does one recognize the one, who is invisible? This question is answered in these wonderful short-stories. It is hoped that will be enriched and blessed by this book 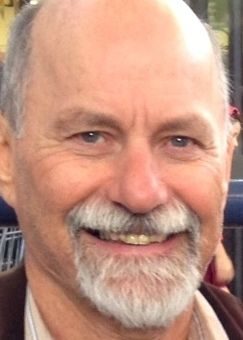 Werner Langer is a retired professional photographer, who lives in the city of Brisbane/Australia. His birthplace though was on the other side of the world, in a small town, named Wetter. Born in June 1949, Werner grew up in post-war Germany and was educated in his home country. During his final three years he served as a police-officer. In October 1969 Werner migrated to Australia, soon settling in the outer suburb of Sandgate, in the city of Brisbane, Queensland. In 1972 he entered the College of Art to study photography and these skills equipped him for a forty year long career, twenty-eight of those years as a professional freelance photographer.

His introduction to writing began at the age of forty-two, when an unusual experience on a lonely beach changed his life. “I once was lost, but now I’m found.” These words, written by John Newton, became Werner’s personal possessions on that day, shaping the remainder of his interesting life.

“Nowadays my aim is to follow an invisible guide,” the author writes.

The solid foundations of his Werner’s books are his faith in Jesus Christ, written to bless and provide clarity for his readers.

Werner Langer is the author of three books, titled “About a Gardener” and “About a Relationship”, plus “About a hidden Garden”, all available on the Amazon website.

Werner Langer served as a volunteer chaplain for seven years in the local Magistrates Court. Nowadays the author enjoys a quiet life with his wife and family, a little gardening, sailing and fishing. Watercolour landscape painting is another one of his creative passions and two book-covers feature his paintings.

Before you begin, I have few questions for you. When was the last time that you actually read a book and felt it has left something deep within you? Are you better at understanding others? If you are a person who loves to see the world in a different way, then this book is for you. For sure you are going to enjoy, laugh, cry, think, absorb and manifest something out of this book.

Roshini started writing poems, short stories, essays since the age of 10. She is recognized as a excellent author for her outstanding literary work. She is well known for her lucid way of story telling. She makes the readers to visualize her story through her remarkable writing skill. She has a special talent of weaving thoughts, humor, philosophy, compassion and strong social message in all her works. She has a huge passion for all forms of art. She is equally fantastic in writing non-fictional genre. Her literary works will speak for her wonderful writing talent.
This book is a very interesting and fun-filled book full of adventures. It is entertaining, educating and teaches moral lessons. Read this interesting thriller and find out the secret behind the Old man mystery. Recommended for both children and adults. Get it at a discounted rate now.

Comfort Oguejiofor is a professional Creative writer living in the USA. She has written a lot of books in different genres. She writes children stories, teenagers stories and novels. Her hobbies are writing, traveling and sports. She has won many awards worldwide. She loves children and impacting knowledge in the younger generation.
Website : https://twitter.com/uc_comfort?s=08
Beyond the horizon is a collection of poems by Clifford Malloy. The poems focuses on the themes of love, emotions, reflection and above all metaphysical encounter. This collection introduction new imagery and poetic style. It is unlike any poetry book you may have read. Beyond the horizon is an experience that sticks with you. It’s an intriguing and one-of-a-kind piece of poetry.If you appreciate artistic and unusual imagery in poetry, you won’t want to miss this. Clifford Malloy effectively addressed the themes of love, injustice, and societal unpredictability in this.” It is fresh,new and different!

Clifford Malloy is an author and poet who describes his work as a manifestation and blending of idealism with reality.His works are of undeniable quality. His books have won a number of awards. He is the author of Behind the horizon which is a collection of reflective, uplifting and scholarly pieces of poetry. Clifford malloy believes in the unity of imagery and it’s multivariate use, preferring his own innovative style of imagery to orthodox. His books always portray new perspectives especially in general and metaphysical poetry. His books has sold many copies all over the world especially in Africa.   Clifford Malloy has a degree in English Literature from the University of Nigeria. He is currently a medical student in the same university. He loves traveling,second only to writing. He lives in Enugu with his family.    Readers can contact him via email: [email protected]
Website : https://waynzjaycee2323.wixsite.com/cliffordmalloyjess-1
A mother’s tragic diagnosis. A daughter’s life on hold. An ending and a new beginning …

The author of romantic suspense and women’s fiction, Ryshia began her career with a depression era romance set in Saskatchewan. She is the winner of her city’s writing award and a semi-finalist in the Kindle Book Awards. From family secrets, deadly threats or a heartache that calls you home – she loves to explore the world, peoples’ motivations and their reactions to the situations they find themselves in.
Website : http://www.ryshiakennie.com
Patty is on the way to a relaxing summer vacation when it turns into the fight of her life. Kids off to college and a summer trip left her alone to do whatever she wanted to for the summer. Little did she know she would be in the middle of a kidnapping and saving other women’s lives.

Delia loves to create smaller stories that can be read in a few days, an afternoon off or relaxing anytime. She grew up in Missouri and spent 10 years on the Mississippi Gulf Coast. She loves to travel and lives in the country.
Website : https://www.amazon.com/Delia-Coffey/e/B08RMQSWNG/ref=dp_byline_cont_pop_ebooks_1
Mystical Lights” is the third poetry book by L.C. Raker. Be ready to take a journey into your inner soul. Allow yourself to let go of the every day stress. The thoughts that clutter your mind. Relax and read some poetry to ease your heart and soul. The structure of this book is divided into ten parts. Each part is a different type/ format of poetry, this is one for poetry lovers. From Haiku, to Sonnets, Free form, and more this book will surely delight. Remember somethings cannot be explained by logic, only through your inner being. Feel your soul release as you read the pages. Contemplate what it was like to fall in love with yourself. A little love for someone else. This book has something for all lovers. One that should surely should not be missed.

LC Raker lived her adolescents in a small town south of Chicago, but now spending her adulthood in Northwest Indiana. Writing has always been a hobby for her as far as she could remember. She hopes to add more poetry books on a variety of subjects and maybe a novel or two soon
Website : https://lcrakerwritings.weebly.com/