In booze, gambling, and sex fueled 1980s Vegas, an unlikely Mafia kingpin was just making her way on to the scene – 18 year old Cyn Hardy.

Mafia Madame pulls the curtain back on the Las Vegas sex industry, the same way Casino revealed the inner workings of the gambling industry.

“Mafia Madame is a well-crafted story which will have you burning the midnight oil as you keep turning the pages to find out what happens next.” – R.J. Krzak, Award Winning Author

1984 – Las Vegas, Nevada. Infamous Mob Boss, Tony Spilotro’s reign in Vegas is ended by an assassination, leaving a power vacuum in his wake.
Sin City is up for grabs and Chicago, Detroit and New York families are locked in a territorial struggle to stake their claim in the Gold Rush that is Eighties Vegas.
Enter Cyn, a wide-eyed, 18 year old, small town Michigan girl. After moving to Vegas and falling in love with the son of a Chicago Mob Boss, she finds herself entangled in the shadowy world of organized crime and the barely-legal sex industry.
It’s up to her to defeat her New York Mafia business rival, or risk losing everyone who has ever meant anything to her. Her series of dangerous and bold choices lead to a rich and surprising odyssey of love, family and loyalty.

Alexa Spagnoli was born in a small town in Michigan and grew up in a private beach community on the shoes of Lake Erie. At the age of 18 she went to Las Vegas and decided to stay, moving in with a Chicago mob associate, and began a whirlwind of a life. Her skills allowed her to become, a bookie, a model, an Outcall service owner and finally, owner of an Event Planning company.

Through the decades, Vegas morphed from sophisticated adult amusements, to family-friendly in the Eighties and early Nineties, to “What happens in Vegas, stays in Vegas” in the 2000s, Alexa morphed along with it, finding opportunities to flourish. As Vegas became the biggest tourist attraction in the US, the money and opportunities got bigger. As the Mafia was run out of town by the Nevada Gaming Commission, she transitioned to Event Planning, utilizing her contacts to become a legitimate success in convention-rife Las Vegas.

In her debut novel Mafia Madame, she chronicles a truly unique Las Vegas story. Her real-life experiences color her gripping prose, lending authenticity and richness to her storytelling. Alexa refers to Mafia Madame as her almost-memoir, because she lived nearly everything in the novel. In her spare time Alexa enjoys reading, hiking, cooking and fine wine. 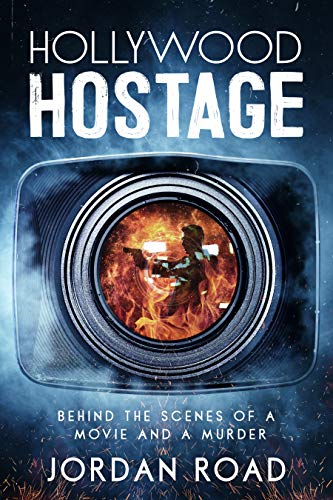 Straight from the Tabloids. The mafia kidnaps a movie and the actors fight back.

Karl Priam isn’t so bad but the Hollywood high life ruined his future as a director… until he survives an armed robbery. A solid performance for the news lands him another movie and it looks like a blockbuster.

There’s a war behind the scenes. Head producer Bob Ruckin hates the Internet billionaire who bought the studio and he’ll do anything to run her out of town: hire a coke-headed director; a temperamental diva; an old washed up, heroin-addicted villain; a train-wreck tabloid starlet; and the biggest action star to double the budget.

Everything is in place for the biggest flop in history.

But when fast-talking Karl keeps this motley crew on track, Bob calls the mob. And all hell breaks loose.

Can Karl stay clean, dodge bullets, get his actors to fight back, and still make a movie?