Three young, inexperienced magicians must defend their world against a wave of increasingly difficult opponents. That’s what Magi of Gaia is essentially about, but if you’re only looking for fierce, hard-hitting action, you’ll overlook the humor, kindness, and drama that bring this world to life. Sure, you might be happy with the amazing uses of magic and the broken noses, but you’ll miss out on seeing the quick temper of the usually-composed Jorri, the softheartedness escaping from Yuna’s severe demeanor, or Eren’s courage overcoming her self-doubt.

This trio, the Magi, are the imperfect heroes—human in spite of their incredible powers—and are tasked with keeping their world from falling into darkness. When a magician enters Gaia’s realm, it’s the Magi’s job to find them, determine whether or not they are hostile, and deal with the situation appropriately. It’s a lot to ask, and things aren’t helped by the appearance of a woman claiming to be a deity whose sole joy seems to be breaking the Magi’s spirit … and their bodies. This woman shows her powers seldomly, but when she does, she breaks the very logic of their world and makes it look effortless.

Come and read more. Find out how our heroines can laugh and joke around, even under the toughest of circumstances. See if you can figure out why Eren, a girl who should be a beloved hero, is treated as though she’s diseased. Discover why 80% of Gaia’s population is … female?!

It seems Gaia is different from Earth is more ways than you might think. 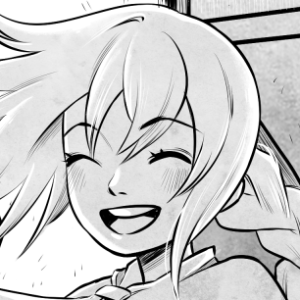 T.E. Holtz is an American writer who first started drafting the original Magi of Gaia (then titled “Welcome to Gaia”) as a playful hobby online in 2014. After a year of writing for fun, Holtz saw that the story could be reworked in a meaningful way with more excitement, better characterization, and a more, fuller view of this new world called Gaia. Finally, after years of tweaking and developing, Holtz ended a nearly 10-year employment at one of the world’s largest retailers in hopes of pursuing a love grander than the universe—a love for the world of Gaia and all the beloved characters than inhabit it.