Are you ready for a change? Are you excited to take on a new challenge? Is this point in life the time to dust yourself off and start all over again?

Gold in the Golden Years provides options for flexibility and allows you to take charge of your own life and business. This book is broken down into four sections with easy steps, which will help you stay focused, organized, and ensure your right path.

Gold in the Golden Years is a blueprint for your dream lifestyle business with special features for women 50+. From A-Z, you can choose, launch, and operate a business with this S.O.A.R. Guide to success!

Want specifics from legal structure to marketing details? Create your own Action Plan! Nan McKay brings her tribe of women entrepreneurs together to provide specific, helpful advice and counsel all the way through!

It’s a MUST READ from a woman who created six successful businesses over 40 years.

It is about the Mindset required to be an Entrepreneur and the Habits and Tactics to get there. It is about Leadership, and Helping others solve the issues to becoming self-employed, self-actualized and self-aware in business.

It is also about making money in the Digital World and Online by offering products that help and serve others to accomplish these goals through training, courses, and taking action to accomplish their dreams.
Creating a Start-Up is difficult. Starting one takes guts and heart. By becoming a Nonstop Entrepreneur, your dreams CAN come true. 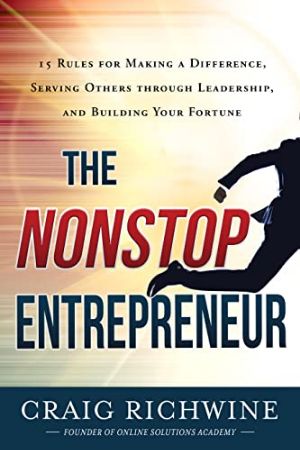 Craig Richwine is an entrepreneur, author, writer, online content provider, coach and speaker. Craig has also authored LA DMV, a comedy screenplay. Through his journey Craig has found a passion in helping people create an entrepreneurial lifestyle, build sales, and improve their marketing, branding, and advertising. Craig also enjoys helping others become effective speakers, write copy, create online content and mentor others that wish to learn these skill sets. In his spare time Craig is also a frequent Big Mountain Skier and in the past was even an Alpine Race Coach.

How can you live a happy, balanced life in today’s chaos and gain respect as a leader at home and work?

Becoming a New Wave Leader explains a realistic path to answer this question.

Those of us who learn to live with virtue, strive with character, and thrive for a lifetime become better at life with purpose. We become people and leaders who command respect and collaboration, model moral character, and inspire with vision and meaning. Organizations that hire for these New Wave values spare themselves liabilities, especially financial, while gaining employee and client satisfaction.

In a world moving faster every day, don’t waste time floundering. You can realize well-being, thrive personally, and positively influence your family, organization, and community, helping everyone to flourish. It’s all inside Becoming a New Wave Leader. 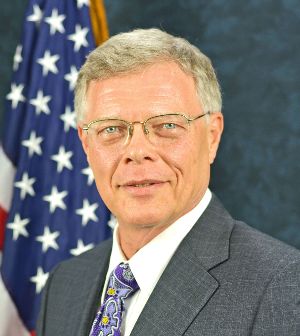 JAMES KLOPOVIC lives New Wave Leadership as the best way to learn and teach it. An Air Force instructor inspired him: Upon Jim’s graduation with honors from aircraft mechanic’s technical school, his instructor told him he’d accomplished the equivalent of three college courses. If he could achieve that, what more could he do? As it turned out—a lot.

After retiring as Major Klopovic from the United States Air Force and earning a Doctor of Public Policy (DPP), James completed 45 years of experience in the public sector, providing leadership at federal, state, and local levels. For 25 of those years, he served as a senior staffer on the North Carolina Governor’s Crime Commission, where his responsibilities encompassed strategic planning, municipal governance, financial development, federal granting, and community and organizational development, implementation, and evaluation.

He has authored or collaborated on numerous publications regarding community policing, community development, and effective/efficient delivery of public services.

Sharon Koifman is a survivor.
He survived the dot com crash. He survived working with outsourcers that mastered English like fish mastered riding bicycles. And he survived building and leading a completely remote business spanning four continents… With two toddlers in the room.
The title of this book is a lie. Sharon Koifman didn’t survive remote work. He thrived with remote work. Surviving Remote Work is the distillation of a decade of lessons. Inside, you’ll learn the tools, strategies and tactics to survive and thrive as a leader in the remote age. Things like:

Some awesome authors have interviewed, studied, and collected data for their business books. We love those guys. We like their books. But this is something different. This is a book by someone who experienced everything described within firsthand. Sharon made all the possible mistakes (plus a couple of impossible ones) in remote work. All so you don’t have to. Buy it now and learn how to survive remote work! 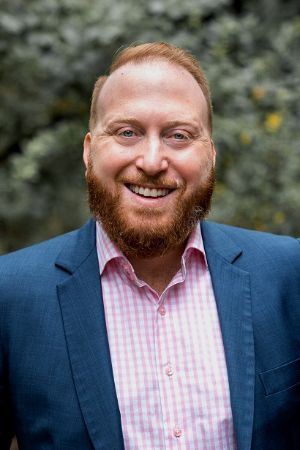 He was born in Israel and moved to Montreal – a city he describes as “the most beautiful hybrid between new and old, combining the modernity of a North American city with the old charm of Europe” – at age of 10, and he lives there now with his lovely wife and two daughters. From there, over the past twenty years, he’s built and run three fully-remote companies.

Sharon grew up in an entrepreneurial family, and was heavily inspired by his father, who ran a boutique engineering firm. It was his father who first introduced Sharon to the idea of working remotely. He would design industrial machines on his computer and outsource the building to a machine shop that put together all the components.

Thanks to that influence, Sharon has built businesses from his own computer for the past 20 years.

He started back in the era of the dot com crash, where he ran a web hosting provider with an office in India. Like many entrepreneurs, he was taken in by the idea that he could combine the growing technical expertise in India with the much lower cost of living and hire several expert developers for the cost of a single western worker.

But the reality made much less sense than the math. The fact was that he had the people, but they lacked the team spirit, the culture. His experts were scattered and didn’t know how to work together – and the company suffered for it.

Once he sold that first company, he realized that whatever he would do next, he would benefit from managing his own employees remotely, but also that he would need them to feel the same tight-knit bond that people working in the same office have. As a child, he loved team sports like rugby and football, so he knew exactly what to shoot for – he just had to make it happen online!

Since then, Sharon has studied and researched not only how to operate remote businesses but how to create an amazing work culture, one where people love to come to work. He has dedicated his mind to finding ways – through systems and processes, services and tools – to bridge the gap between the faces in the monitor and the people in the real world.

These days Sharon runs DistantJob, a unique recruitment agency geared specifically for finding full-time remote employees who work from all over the world. He’s been working tirelessly to promote remote work. The key difference in his approach is that he wants to show how remote work benefits businesses.

Everyone talks about the benefits to the individual – less stress, less commute, better work-life balance, more options of where to live… We’ve heard it all. But Sharon’s argument is that remote work also benefits companies and their bottom line. He believes companies who adopt remote work can be leaner, less expensive, more environmentally-friendly, and have access to better and more productive people, faster.

And suddenly, the whole world was forced into remote work! So, in the wake of the COVID crisis, he wrote “Surviving Remote Work” in order to help businesses not only survive but actually thrive in this new environment.

He loves listening to soul music and legend has it that he can, if the stars align, be seen in the wild playing the piano.