A young man pushed to go on a date that went horribly wrong. An older woman dying from cancer. A man trying to recover from a mountain climbing accident. A young woman who fears sleeping. What ties them together?

They each enter into a virtual fantasy world in the hopes of either being healed or providing escape from what’s killing them while providing valuable data to doctors.

Meanwhile the game’s AI is learning, growing and is on the brink of discovery. The government is on the hunt for the secret lab and the people running it.

Who will end up healed, hidden, or found?

Get the 10-book boxed set to immerse yourself in the world of P.I.V.O.T. Labs.

Would you be willing to chance dying to come out of a coma? Would you do the same if it was your son’s life?

Mary and Senator Tad Williams pushed their son Justin to go on a date that went horribly wrong. Now, they try to figure out a way to help their son out of a coma. At almost $5,000 a day for ICU expenses, their insurance options are running out.

Amber, Nick, and Jacob built a new immersive game system for the future. The only problem is, at $800 a day, no one can afford it.

Dr. Dubois wrote a paper about how you might help a person out of a coma, but it was crushed under the might of the medical lobbyists on Capitol Hill.

Now, the three groups need each other to save a life, fight the establishment, and help a young man in need.

The only challenge is, Justin can die in real life if he dies in the game.

Will he wake up from his coma? Will lobbyists crush the principled senator who needs to talk to his son one more time?

And can Justin possibly survive inside a fantasy world built in his own mind, where pain is real?

It isn’t just the future of humanity at stake, it’s Justin’s life, too.

Go up and click on BUY NOW or Read For Free and immerse yourself in the P.I.V.O.T. Lab Chronicles.

She wanted a simple life. What she got was anything but…

Lexi Sobado is anything but ordinary. She can do things—sense things—that most people cannot. When she attracts the attention of a deadly stalker, she’s not about to sit quietly and let the handsome ex-SEAL save her. She’s going to take care of herself and help catch the madman—even if it’s the last thing she ever does.

Striker Rheas is supposed to protect Lexi. He can’t do his job, though, if she’s keeping secrets—and she’s definitely hiding something from him. But then again, he has a secret of his own. He can’t let her know he’s falling in love with her…

Lexi’s gut (and psychic ability) is telling her that what she hides, what she reveals, and what she uncovers will have to be in perfect balance if she’s going to
stop a killer—and save her own life in the process.

Time is running out…

Weakest Lynx is an intense psychic suspense thriller, where vigilante justice is really self-preservation. This women’s action adventure romance series is filled with ex-special forces, spies, conspiracies, and international terror as Lexi and Striker move from friends to lovers, and Lexi desperately searches for her happily ever after.

Grab your copy, and let’s go!

Fiona Quinn is a five-time USA Today bestselling author, a Kindle Scout winner, and has been listed as an Amazon Top 100 author in: Romantic Suspense; Mystery, thriller, and suspense; Mysteries, Science Fiction, Fantasy, and Horror.

And, just for fun, she writes the Badge Bunny Booze Mystery Collection with her dear friend, Tina Glasneck.

Quinn is rooted in the Old Dominion where she lives with her husband and children. There, she pops chocolates, devours books, and taps continuously on her laptop.

Skye Patterson – 24-year old entrepreneur trying to make her way in the world all by herself since she was orphaned at birth – finds herself the victim of a mind controlling substance.

Moving to Detroit, was a big step emotionally, but she never thought it would be a big step mentally. The mind controlling drugs invade her life enveloping her in a world she never thought she could experience and a love that was too good to be true with one of her clients,
Thaddeus Newman, a powerful construction business owner. When she begins to experience the too real dreams she tries to convince herself they are not real, but as the dreams become more vivid, she delves deep into a world of pimps, businessmen, doctors, and murder, until she finds out what is really happening to her. With Thaddeus by her side, she is able to face her reality and conquer her fears. Dreams of Reality touches on the new age drug, GHB in the revitalization of Motown, where a woman tries to make it alone and finds that in order to survive she has to make her dreams of love, into dreams of reality.

“For me, Sonia Amon, my first questions hold the spirit and security of my heart, but the second question holds more hatred than I thought myself capable of feeling – Hatred and Fear…”

Newly retired Army physician and War College Professor Sonia Amon returns to war-torn Syria where she plans to open several medical clinics. Syrian-born Sonia possesses the cultural competency, appearance and language skills that make her an ideal operative in the Middle East. Her medical expertise and knowledge of the surrounding mountainous region adds to her strengths. But life is cheap, and her enemies are plentiful.

Danger awaits her outside of Aleppo and follows her everywhere she travels in the country. When terror strikes, it’s shocking!

“You can’t put this book down…”
“A scary, dark and disturbing portrayal of terrorism” from USA Today and WSJ best selling author Judith Lucci.
“Thrilling! The perfect blend of action, adventure, medical knowledge, and mystery with a touch of romance.”
If you love Sandra Brown, David Baldacci, Tim Tigner and Danielle Girard, you’ll love Judith Lucci. 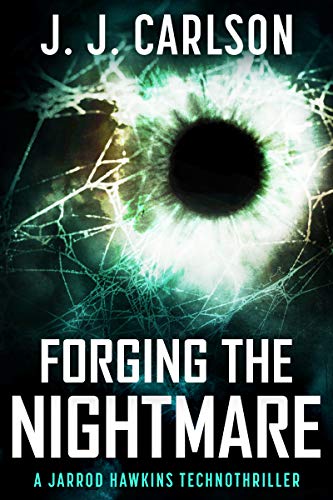