Jack Florentin is a successful entrepreneur, and the son of Holocaust survivors. As co-founder and CEO of Sarah Lawrence S.A., he has introduced major fashion brands in Europe, while expanding his business exponentially. His story provides a rare glimpse into one man’s struggle to survive in a tumultuous business environment; at the same time avoiding being crushed by the threat of “elephants,” or competitors. In addition, his experiences offer insight into the lives of Thessaloniki Jews who survived Auschwitz, and into the lives of their children. Through the help of “angels” — his therapist, friends and family — Jack affirms the values essential to the three cultures he identifies with: Sephardic, Greek, and American. And when faced with the spectre of failure, Jack overcame trauma and despair, while helping his daughter deal with a life-threatening disease. Both informative and inspiring, Angels, Elephants and Ants is sure to motivate and move its readers.

This book is a memoir of a child who is swept into the whirlwind of the Holocaust. The epic history is narrowed down to the struggle of a single boy nicknamed Leosz to survive the war. From age 7 to age 13, he endures all the horrors that the Holocaust brings upon the Jewish people. Life hangs on split-second timing, decision-making in impossibly cruel circumstances, incredible resourcefulness, luck and the help of others, even Germans.

In the Krakow Ghetto, Leosz is saved from three mass deportations to the death camps. He escapes the ghetto, survives for several weeks pretending to be a

Polish street child, and then goes into hiding. Although sentenced to die after being caught, he is instead miraculously reunited with his family in the Plaszow labor camp. A year later, father and son become slave laborers in the Gozen 2 camp in Austria, where his father perishes. Close to death himself, Leosz is finally liberated by the American army on May 5th, 1945.

Scroll up and grab a copy today. 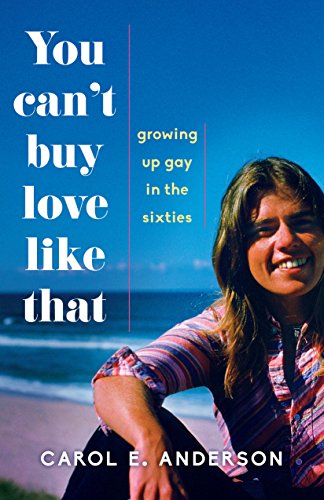 A young lesbian girl grows beyond fear to fearlessness as she comes of age in the ’60s amid religious, social, and legal barriers.

Carol Anderson grows up in a fundamentalist Christian home in the ’60s, a time when being gay was in opposition to all social and religious mores and against the law in most states. Fearing the rejection of her parents, she hides the truth about her love orientation, creating emotional distance from them for years, as she desperately struggles to harness her powerful attractions to women while pursuing false efforts to be with men.

The watershed point in Carol’s journey comes when she returns to graduate school and discovers the feminist movement, which emboldens her sense of personal power and the freedom to love whom she chooses. But this sense of self-possession comes too late for honesty with her father. His unexpected death before she can tell him the truth brings the full cost of Carol’s secret crashing in compelling her to come out to her mother before it is too late.

Candid and poignant, You Can’t Buy Love Like That reveals the complex invisible dynamics that arise for gay people who are forced to hide their true selves in order to survive and celebrates the hard-won rewards of finding one’s courageous heart and achieving self-acceptance and self-love.