Mine has been no ordinary life and I would like to take you along on my journey. So many dreams of serving others have been fulfilled. But I do not leave it there. I also help you to take action to fulfill YOUR dreams. Learn some practical strategies.
Here’s where we are going:

1.Peace Corps. I joined at the age of 60 and spent 2 years in Botswana working on the AIDS pandemic
2.I served on the Africa Mercy hospital ship for 7 months in Madagascar
3.I went to New Guinea to serve with Mission Aviation Fellowship (MAF)
4.I served with Samaritan’s Purse in North Vietnam, Liberia (post Ebola), Greece (the refugee crisis), Jordan (a Bedouin hospital), South Sudan (the youngest nation on earth) and Nepal (on earthquake rebuilds). I went multiple times to some of these locations and learned so much!

My theme is, don’t give up on your dreams! It’s not too late! I will teach you how to resurrect old dreams and remodel them. Or how to create a new dream. Many have had their dreams shattered lately. Don’t let a virus steal your dream! You can do this!! Don’t give up!! Many of my stories occurred between the ages of 60-71. It’s not too late to make a difference or to start off in a new direction. Let my life be an inspiration. Dream On!

A lifetime dreaming about a visit to Antarctica and South America was to be realised in 2020. After 18 months of planning the anticipation and excitement levels were high as tourists entered the aircraft for Argentina, both were relaxed and looking forward to what lay ahead. Five days into the trip and one day before entering the boat for the Antarctica adventure it all suddenly changed. Travel restrictions and border closes began in response to the World Health Organisation’s declaration that COVID-19 was a world pandemic. A time of uncertainty and confusion faced decision makers. Understandingly countries were looking after themselves and their citizens, tourists concerns relegated in importance. The race was on to escape from the isolation of Ushuaia on the Southern tip of South America to a main international airport and then back to Australia. In this book Jane N. Hughes provides a personal insight into experiences she and her husband faced as fleeing tourist in this unusual situation. 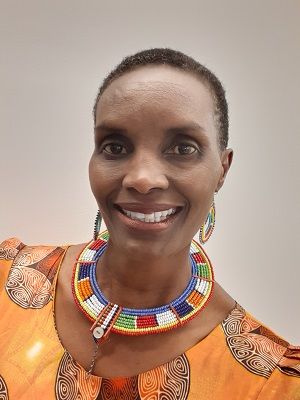 Hi, Jane N. Hughes here a new author based in Melbourne Australia. I have just published my first book based on a lifetime dream vacation to South America and Antarctica then getting caught on the covid-19 and the events which unfolded after that. As a first author I enjoyed writing the book and wanted to share my story with others. I hope you enjoy reading the book and provide honest reviews.

Franchetti Mon Amour is a collection of great family stories set in a small town in Algeria, it expresses the deep bond and hilarious antics of rural village life. The story is refreshingly innocent with a Little House on the Prairie feel, and conveys a clear mentoring tone like To Kill a Mockingbird. It is a story of coming of age through difficult times. It is a story of faith. It is a story of love. But most of all, it is a story of hope, a hope beyond all reason.

Bucket to Greece is a delightfully comical account of a British couple starting over in a new country, complete with imported cats, whilst discovering the joys and pitfalls of adapting to a strange culture.

When our hero, Victor, needs a pseudonym to avoid embarrassing his wife after deciding to pen a book about moving to Greece, he dusts off his original name of V.D. Bucket, the name he was stuck with after being abandoned in a bucket as a baby. As Victor adapts to his adopted homeland he battles an obsession with the exacting hygiene standards he demanded during his illustrious career as a public health inspector against the rather less exacting standards of rural Greece. His attempts to master the complexities of the language lead to a number of embarrassing misunderstandings.

Crossing paths with the local undertaker, Spiros, was a stroke of good luck for Victor and Marigold, since he just happened to have a house to sell in the charming Greek mountain village of Meli. Of course Spiros didn’t explain the strange arrangement of an Albanian living in the stone shed at the bottom of the garden, or mention the old lady’s next door filthy habit of burning plastic every morning. He also failed to mention his late uncle had plunged to his death from the roof terrace, but did a wonderful job of selling them on the spectacular views.

If you’re a fan of Greek travel and culture, then this book is a must.