Skip to content
The year is 2099, and rich corporations rule a flooded America following the climate crisis to end all climate crises. The wealthy live in luxury while everyone else is either left scrabbling for coins or dependent on the ruling class for survival. Freddie Molloy is a victim of this system. Mutated, cynical, and lonely, he is aware how awful things are and sees no point in trying to change anything. But all of that will change when he first hears a mermaid’s hypnotic song.

I am a confirmed bibliophile who loves creating and experiencing stories in equal measure.

The wyrm have escaped the void…

Larger than dragons. Nastier than snakes. Terrifying as hell.

They threaten the underwater mer-kingdom of Fomoria… a kingdom of my ancestors…  and the city of New Orleans.

But a dragon’s curse lingers in my soul... I can speak to these creatures, I can hear their cries.

These wyrm aren’t the real threat.

Something else is coming… something much worse…

Even the wyrm are terrified…

I have to save them, before the Fomorian merlegion destroys them.

Once the voidbringer arrives, the wyrm will offer our best chance to survive.

Can I even tame these monsters?

If not, it won’t just mean the slaughter of the merfolk, or the death of humanity.

It will mean the end of existence itself.

Wyrmrider Ascending is the first book in Theophilus Monroe’s The Fomorian Wyrmriders trilogy. If you like action-packed urban fantasy stories featuring badass snarky heroines, or dragonrider stories, you’ll love these books. Readers of Monroe’s Druid Legacy and Voodoo Legacy have met Joni Campbell before. But no one has ever seen her like this…

Five tales from the land of Nirunen.

Five tales out of legend and ancient mythology.

Five tales of men and women who are not yet heroes.

Five tales from history in a world very different from our own.

Three women … Escaping from the harsh demands of society. Refusing to live their lives according to the rigid rules of narrow-minded villages and towns. Slipping out of the clutches of tyrannical men and discovering who they really are. These are tales of women who are not strong warriors or sexual predators.

Spend a while with Eran, a man despised, who cannot lead the life he wants because of a disability. Meet Lored, a taku-kevir who experiences life as a series of tests …

Mermaids, monsters, unicorns and butterflies. Nirunen is a place to face your worst nightmares and to live your most delightful dreams. 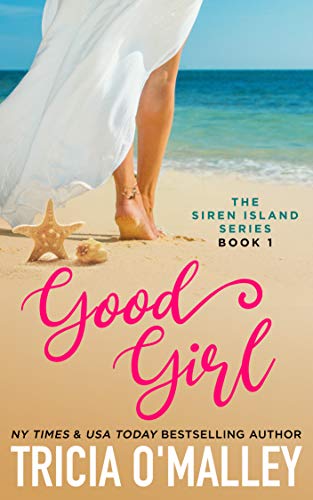 What the heck was she doing on this island?

Samantha Jameson finds herself washed up on Siren Island – well, if she was to be honest with herself, more like worn-out, defeated, and dead tired. Her whole life has been spent playing by the rules, and for what? An empty apartment, a career with no upward movement, and one failed relationship after another. When it all blows up in her face, what’s a girl to do but book a last-minute trip to the ridiculously named Laughing Mermaid Bed & Breakfast on an unknown speck of an island in the Caribbean?

Lucas Mosteron knows all about burning out from first-hand experience. Over the years, he’s discovered that he isn’t the only one, as everyone has their own unique story for landing on Siren Island – including his lovely and mysterious neighbors at The Laughing Mermaid Bed & Breakfast. Little does he know that there is more to their story than he could ever have imagined possible. When Samantha Jameson arrives as their guest – depleted and needing respite, Lucas can’t help but feel like he could be the man she needs. Irresistibly drawn to her uptight demeanor, Lucas is determined to unwind Samantha and show her that life on Siren Island could be the answer to all her problems.