Tommy inherited a broken legacy. His great-grandfather was to blame for the derailing of a train–The Daylight–which took over one hundred lives. But, Tommy doesn’t believe this infamy is the whole story, and he has made it his goal to solve the mystery. But, how far will he go in the past, and what will he lose to find the truth? 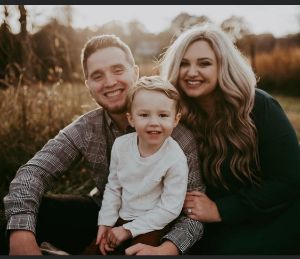 Kristofor Hellmeister is an alien—a legal alien who was born in Canada and now lives near Atlanta, Georgia. He lives with his wife, Kristie, and son Maddox. He enjoys hiking, running, playing golf, watching the New England Patriots, and playing Halo on Legendary. He enjoys reading science fiction, fantasy, the occasional romance, military thrillers, and historical fiction. He is a graduate of the Institute of Children’s Literature and has been writing since he was six. 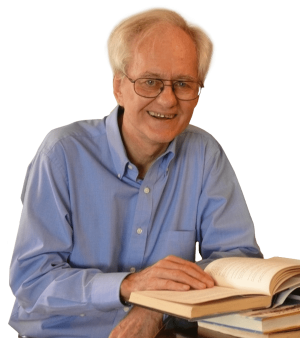 Cassie Seaver barely manages to escape The Margaret Killer only to fall into the hands of someone more dangerous. Beaten unconscious, she awakes with no recollection of who she is or what is going on. All she knows is she is in a dark place, alone, and in pain.

Meanwhile, Detectives Mitchell and McKellar fight tirelessly to find her. Fortunately for them, two people from Cassie’s past show up in Bennington Hills wanting to do the same. The only problem is, they don’t always see eye to eye.

With a hostage, a fugitive, a surprise reappearance, and other twists and turns, everyone must learn to work together to put an end to The Margaret Killer case once and for all.

****A Kiss Goodbye is book four of four in the Sealed with A Kiss series. While each novel could be read as a standalone, please know this series was designed to be most enjoyed when read in chronological order as the sequence of events that occur do not always come to a complete end until the whole story is finished in book four.****

Tammy, a beautiful young woman takes her wealthy husband, Stephen and step-daughter on an anniversary celebration in the snowy Colorado mountains, with purely sinister intentions. Her husband is killed in a tragic auto accident, just as she had meticulously planned…and now her huge inheritance awaits her.

Or does it? With no body to be found in the wreckage, Stephen just becomes a missing person, and Tammy is seemingly trapped inside the cabin with someone stalking her from outside. Could he possibly have known what she was up to all along and planned his revenge?

What ensues is a deadly game of cat and mouse . A sick and psychotic woman driven by her soulless greed quickly turns from the hunter to the prey. The scenes include deadly traps and medieval torture devices, hidden doors and rooms, and an underground labyrinth of torture chambers that are not for the feint of heart.

This is a diabolical plan so devious that it is set up to fool the State police investigation. But can you guess what is really happening in this twisted psychological thriller? This deadly game of deception will keep you guessing until the final scene delivers an unimaginable shock that you won’t soon forget.

What others have said about this twisted psychological thriller: .

“An example that proves well-made titles can be also found in self-published niche – story full of twists and turns together with excellent atmosphere will keep reader on the edge of the seat.” – Top 100 Amazon reviewer

“I’m the kind of reader that is always attempting to guess the twists and turns of a plot line. This one had me grinning half way through. You really have to be paying attention. This book is a focused read. Someone needs to make this book into a movie. I didn’t see the ending coming.” – Amazon reviewer

“Every character we are introduced to, including the daughter, has a hidden agenda of their own. This adds to the mix and thus ensue a series of events that take the reader on a roller-coaster ride of murder, mystery and mayhem. We come to realize that the author has a bigger plan and everyone is just a pawn in his game with everyone being a master of greed and deception.” – Amazon reviewer

“Oh. My. Gosh…This book is so amazing! From the first chapter I was hooked and trying to solve the mystery right along with the characters. I thought there was something off about Tammy from the get go and that feeling never really went away. She was crazy and the thought of her master plan failing was only making her go crazier. This book exceeded every expectation I had for it and truly surprised me.” – Amazon reviewer