If Buffy owned a dragon…

Over 1600+ pages of magic and mayhem, action and humor fill this snarky urban fantasy boxed set.

Personally, I like mine served with a side of dragon fire.”

All I ever wanted was to be an acrobat in the circus. Then my family was killed by vampires and plans changed.

I became a vigilante, instead.

I still perform. My dragon, Percy, and I take to the skies in the greatest show you’ve ever seen.

Seeing this sassy Kansas girl cracking whips on the back of a dragon sure does draw in a crowd. Not that I allow their adulations (and tips) stop me from seeking what I truly crave. Vengeance.

We’ve hunted down the murderous vampires to New Orleans.

Seems they’ve been up to horrible things since killing my parents… and if I don’t stop them, no one will.

Time to set the vamps’ world on fire.


If you like ever wanted to know Buffy the Vampire Slayer would have been like if she owned a dragon, then Setting Fires with Dragons will blow you away.

“Mythology, satire, and brutal honesty. Vance delivers a knockout punch of fun and fearlessness in every last one of his books. Not only does he make you laugh, he makes you think. That’s a rare combination that few authors ever achieve, and Vance does it splendidly.” — John P. Logsdon, author of the Paranormal Police Department series.

What Amazon readers are saying:

★★★★★ ‘Boy was this long overdue! I was just whining to my husband about how everyone seems to be working from the same book outline when this little gem popped up.’

★★★★★ ‘Ex-vampires, avatars, fae, and humans just trying to get along … Make time to sit down and read through in one sitting.’

Ramy Vance is the creator of the GoneGod World – a universe dedicated to myth, magic, mischief and mayhem. He lives in Edinburgh with his wife, demonic baby, monstrous 5-year old and imaginary dog.

Terrified, he pretty much stays in his office and writes.

Eight books and over 1400+ pages of magic and mayhem, action and humor fill this snarky urban fantasy boxed set.

Mythical creatures are real and the world is only now finding out.

All Frances wants is a simple, safe life.

Kidnapping the Phoenix was probably a bad move.

My name is Frances Church. Not the name you’d expect from someone on the run from the paranormal mob.

You know, ogres with machine guns, kind of mob.

But when the unborn ashes of the Phoenix ask for help, well, what’s a girl gonna do? I stole her urn from the mob and went on the run.

Now I’m hiding in small town Indiana, where I work as a medic for fantasical beasts. I should be safe here, right?

But the mob aren’t the only ones looking for the Phoenix.

An ancient evil is searching for her in hopes to usher in Armageddon.

Now I have a choice to make: abandon the Phoenix and run, or stop these supernatural bullies and beasts from harnessing the Phoenix’s magic for evil.

Meet Frances, the latest hero in the GoneGod World. Frances a paranormal medic, treating the mythical creatures who now walk among us. If you love Mercy Thompson, Buffy or Katrina Darling, then you’ll absolutely love this unexpected heroine.

Ramy Vance is the creator of the GoneGod World – a universe dedicated to myth, magic, mischief and mayhem. He lives in Edinburgh with his wife, demonic baby, monstrous 5-year old and imaginary dog.

Terrified, he pretty much stays in his office and writes.

In a post-apocalyptic future, humanity has been forced underground by Mythtakes, fantasy creatures created through the power of magicium. And when the Mythtakes rebelled, the secrets of manipulating magicium were lost. Carla is smothered in secrets. Logan obeys without thinking. Junior regrets every choice he makes. They all want one thing. All three are in a race to the broken city of Shanghai to recover a prized canister of the magical substance. Determined to brave the Open, each will discover about the lost science of magic on their quest – and will risk being torn apart by their mistakes, past and present. If you don’t know you’re in a race, how do you know when you’ve won?

T.N. Baldwin is an Australian author who dreamed of writing a novel when he was a tiny boy in primary school. As a tiny man, he made several unsuccessful attempts over the years. Then, one fateful day (October 14th, 2018) he woke with THE IDEA. He began writing that day. Four months later, he completed his first draft. Seventeen drafts later, he had the first novel ready for release. And The Magicium Series was born… An English/Drama teacher in his previous life, he has lived and taught on three continents. These experiences have broadened the horizons of the boy who grew up in western NSW and Queensland in Australia. Today he lives in NSW with his wife and children – along with two dogs he pretends not to like. In his spare time he plays football and cricket, directs plays and listens to hard rock music. His first three novels, Discoveries, Disruptions and Disciples were all released in 2020. The fourth novel in The Magicium Series, Disintegration, came out in mid-August, 2021.
Website : https://tnbaldwin.com/free-novella/

It’s darkest before the dawn, but is it darker than a vampire’s soul?

For 400 Years Saito Izumi Has Struggled with What It Means to be Kyuuketsuki–A Japanese Vampire!

In Feudal Japan, during an attack on Kumamoto Castle from a horde of swarming y?kai— mythical creatures born from the darkest depths of Japanese folklore—the samurai Saito Izumi will be forever changed. By morning’s dawn, Saito will be kyuuketsuki, a Japanese vampire!

Join Saito in Feudal Japan as she confronts an army of thunder-beasts, ogre-like oni, and the seductive spider-whore jor?gumo. Creatures as diverse as they are deadly. Then travel with the former samurai as she battles 18th Century Spanish soldiers and vampires along the Spanish Main. Stand with her as she wages war against shape-shifting Mexican nagual, fighting alongside the likes of Davy Crockett, William Travis, and James Bowie to defend the Alamo.

In this heart-wrenching collection of original stories are four terrifying tales from Saito Izumi’s centuries of existing—she doesn’t consider it living—that explore her dangerous and deep personal journey to understand the blackest darkness of an inhuman soul, to discover what it means to live and not simply survive, and most important of all, to learn if a vampire can triumph over evil and truly love again.

The Irish Cycle Series – A unique urban fantasy adventure with a mix of mythological and supernatural elements set in contemporary and historical America. 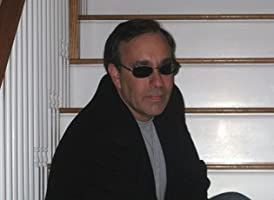 Cygna, cursed with a swan’s wing in place of one arm, is all that stands between her home and ruination. It is a quest her step-mother hopes she won’t survive.

The kingdom is withering into a wasteland and a monster from the Underworld is making its march of destruction toward the castle. And at her coming of age, Cygna is afraid her father will force her to take the throne. Born to unconventional parentage, she is stuck between two worlds and a threat to anyone who won’t suffer an inhuman girl’s ascent to power. To prove her worth and her loyalty, and to save her family, she must challenge the Lindworm. It requires a journey to the Underworld where blood unlocks doors, magic rules, and the Fae King is under a curse of his own.

This novella is perfect for readers who wish ‘grimdark’ meant ‘Grimm-dark,’ and for fans of Neil Gaiman, Erin Morgenstern, and Scandinavian folklore. Updated for the modern reader, it twists traditional fairy tale elements with a princess who is determined to save herself. 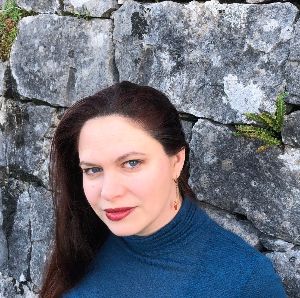 Ashland Pym made her debut in the theatre where she won a few minor awards and delighted in tormenting characters, actors, and audiences alike. After taking a break to get her MA/PhD in Myth and Psychology, she returned to fiction with a blend of dark, contemporary, and historical fantasy.

Pym has been a shepherd, a stage manager, a publisher of literary erotica (we won’t tell if you don’t), and a volunteer for collecting otter droppings. She dabbles with myth in academia, couches it into fiction, and lives it in her tiny woodland cottage in Connemara.