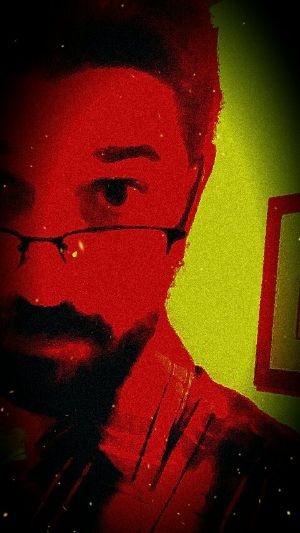 Seventeen-year-old Natalya Wells has one mission-to kill the monsters over the graffiti wall and rescue her best friend, Eve, who is held captive by Ascendants, the rulers of the fourth dimension. A dying land where children become victims of starvation and violence. When the Remnants, evil red-eyed demons, invade the fourth dimension, Natalya is transported to the next world.

The fifth dimension is a place where grass shrivels, dies, and regrows all in a matter of seconds. The heat of the sun cannot be felt because the sky is encamped by a mural of glass. Natalya meets Jance, who belongs to a superhuman race called Raidens, warriors who heal with invincible scars. Jance holds a deadly secret about what the scars on his body truly mean, and why his own father is determined to kill him.

Eve returns to the fifth dimension and meets Jance’s best friend, Ronan, a boy with no memory of the world he came from before. The three of them bind together to help Natalya become a Raiden. As Natalya endures this grueling transition, she discovers the secrets her friends are hiding, along with the unjust laws and dangerous manipulations that are poisoning this world. After a raging war divides the Raidens against one another, Natalya and her friends must reveal the darkness within themselves and embrace their unique gifts. Natalya’s power may not only shatter the glass world but someone she loves. 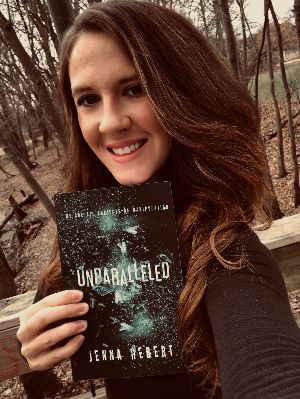 Jenna Hebert has spent her life imagining different worlds. For the past 6 years, she has been crafting UNPARALLELED and finally decided to release the book into the world. While growing up, schools claimed she had dyslexia and ADD. Against the odds, she began writing and refused to give up. UNPARALLELED her debut novel and Jenna spends her time in local coffee shops working on new novels.