The very concept of New York City conjures up a wealth of emotions in many people. For writer Joanie Strulowitz, it has always been a place of magic: an enticing playground, a cascade of art, a wonderland of fascinating characters, a youth serum to keep her feeling forever young.

Believing herself to be a New Yorker who just happened to be born in Iowa, Strulowitz felt the tantalizing call of Manhattan from the time she was four, and eventually made her home there. In this love song to the City, she pays adoring tribute to the essence of Manhattan from its intense pace and the pounding excitement in the air to the funky charm and even the glittering pavement that provides a stage on which it all unfolds.

The City is her laboratory, her art studio, and the extraordinary inspiration for this collection of captivating vignettes. In each short but sublime piece, Strulowitz evokes the luminous ambiance that has lured artists and adventure seekers to the island metropolis for generations: enthralling chance encounters, the slightly terrifying exhilaration of first subway rides, the soothing clink of silverware in a favorite sidewalk cafe, the urge to break into song when discovering a perfect little boutique.

Anyone who has lived in New York City, played tourist there, or just dreamed of paying a visit will find something to love in this transcendent appreciation of the jewel-encrusted celebration of life and art that is Manhattan.

ALTHOUGH JOANIE STRULOWITZ is seasoned in numerous aspects of the arts and business, writing has always been her baby. While raising her two daughters in Iowa, she joined the Society of Children’s Book Writers and Illustrators. Years later, after finding her first apartment in Los Angeles, she discovered that–magnetically–the SCBWI offices were two blocks from her front door.
Originally from Iowa and later Chicago, Strulowitz moved to New York because, as she explains in My Love Affair with Manhattan (Vignettes of a Life in the City), “My soul has always lived there, and my body needs to catch up.”
With a memory that is largely emotive, she recalls almost every square inch of how she felt growing up. As an observer who always thought something was wrong with her because she didn’t fit in, she discovered that writing books, and being involved with all of the arts, help to make sense of life.
Now she seeks to be the voice she searched for, so the lessons she learned can help others to find the gifts in their differences–and to believe in themselves and their dreams.
Today you can find her (and her black turtleneck) in Los Angeles, writing a chapter on her grocery bag while walking home, or completing her YA fantasy novel during Pilates sessions. 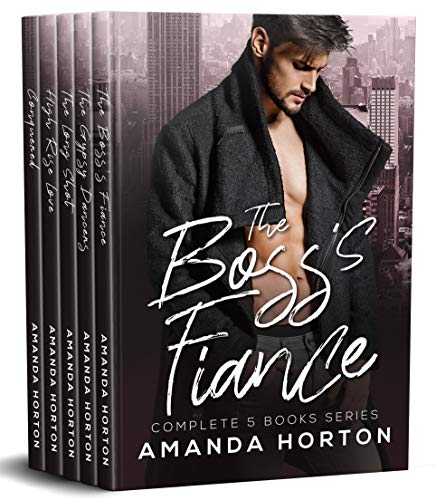 I’m used to getting what I want. But now, the board of my company is threatening to throw me out.
I have to convince them I’m a good-hearted, responsible guy. And fast.
She came into my life at the perfect time. A nurse with a heart of gold – who desperately wants something I just happen to have.
I’ve sworn off long-term relationships. But this isn’t a relationship: it’s a business deal.
All we have to do is live together for a few months.

Until last week, I’d never seen Maxwell Saint. He spent more time in tabloids than in the hospital he runs.
But now, he’s offering me my dream come true – if I’ll pose as his fiancee for the hospital board.
Maxwell Saint is spoiled. He’s my boss. He’s the last man on earth I’d consider dating.
But he’s also incredibly hot.
And how hard can a few months of fake fiancee-ship be?

There aren’t a lot of gypsy dancer jobs. That’s why I need this one – desperately.
But the head of the dance company is just so…infuriating.
Lance is hot. He’s rich. And we had that night together – one night, where I felt a connection I’ve never felt with anyone else.
But I care about our culture and I won’t let him ruin it.
And I’m not going back, no matter what he says.

I’ve got no time for love. After all, I’ve got a dance company to run.
And I’ve found the perfect lead – a woman who eats, sleeps, and breathes in gypsy culture.
Anna is beautiful. She’s graceful. She’s passionate.
We had one great night and I’ve never felt like that before.
But she can be so…infuriating.
Nothing Anna says will change my mind,
but I can’t let go of her either. I won’t.
?
Book 3: The Long Shot

Every time he looks at me, I struggle for breath, my knees go soft, my heart races.

Leon Alvaro is Spain’s football captain, and my competitor. He wants to fu*k me….on the biggest deal of my life. He thinks just because of his strong arms, his chiselled body, his salty scent of the ocean… that he will beat me.

I will let him touch me, kiss me, run his tongue over my body. I will let him believe that he has me like his other girls for one night, and I’ll be done with him – once and for all.

But this game is tougher than I thought and this playboy plays dirty.

Miranda asks America’s toughest CEO for help.
Wolfe Hawkins drives a hard bargain.
And he wants only one thing in return: Miranda’s hand in marriage.
Say yes and this might ruin her.
So no and she will loose her dream.
But this is just a business deal – nothing personal.
Or so she thought.

The immigration department comes knocking on my door and gives me one week to leave the country. I have seven days to find a husband, or I will lose my son Nikko to my degenerate ex-husband.

Then New York’s richest billionaires finds me, and promises me U.S. citizenship. I would never even date a spoiled brat billionaire like Hunter – but now, I have to marry him.

Our agreement takes me to Hunter’s home, and a few nights of passion make me want to spend my life with him.

Hunter’s used to getting what he wants but I am not that kind of a woman. Can he change for me, for us?

Buy Now to get this amazing romance box set for just 99c. That’s the complete series of 5 standalone novellas, and over 700 pages of romance for just 99c