Skip to content
After being thrown out of a Las Vegas hotel in a drunken haze, jeopardizing his career and relationships, Nick Klingensmith had to make a change. A 4-time cancer survivor, type-1 diabetic, recovering alcoholic with 4 herniated discs, nerve damage and sleep apnea, he defies it all when he finds Obstacle Course Racing. Refusing to accept his circumstances, he finishes numerous obstacle races, the Boston and Chicago Marathons, and the Spartan Ultra, culminating in 127 miles of endurance racing in 6 weeks. This isn’t just a story about a drunk, diabetic cancer patient who overcomes adversity to become a mediocre, middle-aged athlete. His story focuses less on physical achievements and more on his mental and spiritual approach to overcoming life’s challenges. Nick is a raw and passionate storyteller who holds nothing back when revealing who he used to be and the person he is now. The circumstances he faces show others that they are not alone, and that they too can defy their limitations.

A graduate of the University of Massachusetts, Nick Klingensmith is a sales executive in the logistics industry. Originally from Martha’s Vineyard, he currently lives in Seminole, Florida with his wife and 2 dogs. Nick has raced in over 80 Spartan Races, 5 Major Marathons and is currently training for Berlin in September. This is his first novel.
Website : http://www.gostrideconsulting.com
David gathered 5 smooth stones to meet and defeat Goliath. What did these stones represent and how can you use them to conquer Goliaths in your own personal quests? Ms. Virginia Bean will show you how. Travel with her on her own personal journey. See what she does. Learn how she grows. Discover what she becomes. “Conquering your Goliaths—A Parable of the Five Stones” is for anyone desiring to travel beyond mediocrity, pain, and fear. Learn of the great power within you, a power given to you from God, a power that must ultimately be unleashed to conquer the Goliaths in your own life. Come to an even deeper understanding of God and what he wants for you. Come…

Kathryn is a lover of words and a bearer of mood swings. When she is feeling the need to inspire, she writes a Christian fiction book. If a mystery is waiting to be uncovered, she finds it. If something otherworldly is finding its way through her fingertips, she travels to it. Kathryn has been a reader since she was a young child. Although she took classes in writing as a teen, it wasn’t something she really thought would become her career until she was married. And even then, it took a few more years for something worthy enough to publish to manifest itself. Kathryn’s first book was published in 2002. Since then, many other books have found their way out of her head depending on the sort of day she is having. Kathryn is a journalist, a teacher, a mentor, an editor, a publisher, and a marketer. Her greatest joy, other than writing her next book, is meeting with readers and authors who enjoy the craft of writing as much as she does.
Website : http://www.ariverofstones.com 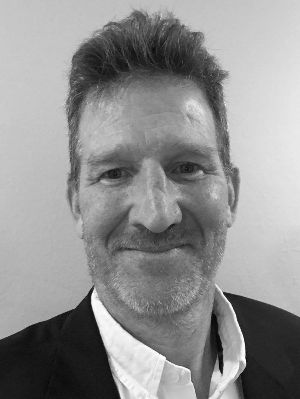