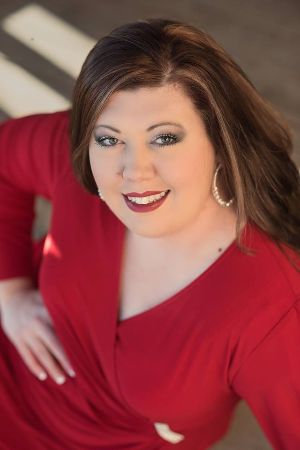 Julia is the daughter of a wealthy family living in 16th-century London. She falls in love with Adam, a servant’s son, and is heartbroken when her family forces her into an arranged marriage. Her husband is neither kind nor merciful, and Julia struggles to keep safe those she cares about. When tragedy strikes, a stranger arrives and offers her a deal that could forever alter her destiny. Agreement would give her what she has been denied and grant her fondest wishes: the freedom to do as she pleases and a reunion with her one true love.There’s only one catch. Accepting would also mean joining the Vampire Resistance to fight the King.

Theresa Van Spankeren lives in the suburbs of Chicago, Illinois. She got her bachelor’s degree from Elmhurst College, in Elmhurst Illinois. She still hasn’t figured out if the degree was worth it. She graduated right before the Great Recession and has found temporary work which included ghost-writing self help articles for online sites and has spent the last several years grading standardized tests.

She has been writing since an early age and wrote the first draft of this book back in high school. After several unsuccessful attempts at publishing through major publishing houses, she seized the opportunity to bring her story to the public through self-publishing. The writers who have had a large influence and inspiration include Christopher Pike, Karen Robards, L.J. Smith, and Stephen King. She was also inspired by “The X-Files”, “Witch Hunter Robin” and “Buffy, the Vampire Slayer”.

When she isn’t writing she enjoys hiking and swimming, and also loves checking out local haunted places.

It’s prom night! A night of laughs, music, dancing, and a… talent show? A once in a lifetime event to be cherished forever. For Elizabeth Scott, it’s anything but when she learns demons are real, and there’s one vampire in particular who wants her head. The night gets stranger from there when Elizabeth discovers she is a demon hunter after being saved by a man thought to be dead. She must train with him if she has any hope of staying alive. Happy birthday Lizzie!

Justin Ketter is just a guy roping himself along the entangled pulley system of authorhood. An introvert who loves gaming, reading, and binge watching, Justin also writes as a means of escapism, and by writing, he hopes to offer readers the same chance to lose themselves in a different world and allow their problems to fade away, at least for a while. He enjoys cooking but not quite as much as eating. When he’s not writing or working, he’s probably lounging around the house playing with his bestest boy, Roo.

The Reign of Tarot Duology, A two-book Gothic fantasy (w/ Romance) set concerning a family fleeing revolutionary France, rebuilding their life outside the troubled capital, and a supernatural debt they find they owe.

Book 1: Lady of the Tarot (A Reign of Tarot novel):

WHAT THE CARDS FORETELL MAY BE REAL, AFTER ALL

1793: Having escaped the Reign of Terror, Emilie Maigny took refuge in England, trying to come to grips with the life and loss she left behind. When her brother, Sinjon, returns, a terrifying evil swoops down upon her. Nightmares plague her now, providing strange clues … but to what?

Scottish-born Linton Morrison spent his entire life in luxury, whiling away the hours in intense study of the tarot and the cards’ hidden meanings, but until he met the lovely Emilie Maigny, he would never have guessed how important his study might be–to his life and Emilie’s survival when terrible evil strikes.

A Cypher is all Emilie needs, but what is it? Is Linton the key? He may charm her heart–and he may be her only salvation.

Can you gamble with Fate?

As a young nobleman, Sinjon Maigny escapes the Reign of Terror in 18th century France to find himself dragged into an even worse fate–a hellish underworld wherein he is cajoled and put on trial by a demon tribunal for crimes he never committed. Can he thwart his fate, one worse than the guillotine?