A heart divided . . . An enemy unseen . . . A riddle of trust.
Lindsey Dumont, photographer, must defend her home in the Pine Barrens while she struggles to revive her career and salvage a long-distance romance. What is God doing? And who can she trust? 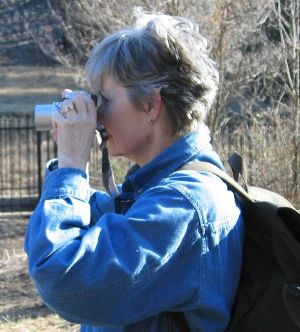 Gloria Repp grew up in the Hawaiian Islands and the Pacific Northwest, and it was there she learned a love for wilderness that pervades her writing. Over the years, she has gained useful experience from raising three children, teaching school, and editing. She takes frequent trips to explore the Pine Barrens of New Jersey. Its lovely pine woods, tumbled ruins, and gleaming dark streams continue to provide inspiration and settings for her many books.

A scheming woman.
A man she can’t fathom.
A mystery that endangers her career.
Is this how God answers Lindsey’s prayers?

Lindsey Dumont, photographer, travels to the rugged coast of Washington’s Olympic Peninsula to finish her photo essay on a rare breed of Makah dogs.But disaster looms for her project, and she decides to fight back. Now she must confront the man who deceived her and unravel a threatening mystery.

THE DUMONT CHRONICLES
The Dumont family, French Huguenots, settled in New Jersey during Colonial days. Since then, certain Dumont women have led lives marked by adventure. Although they differed in personality and circumstances, these women held in common the gifts of artistry, courage, and a growing faith in God.

In this book, Lindsey Dumont faces a test of courage far from her home in the New Jersey Pine Barrens, and the Dumont family history, yet undiscovered, awaits her return. 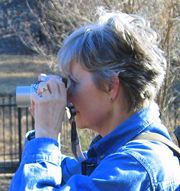 Adventure, mystery, and wild creatures all play a part in Gloria Repp’s many books. She grew up in the Hawaiian Islands and the Pacific Northwest, and it was there she learned a love for wilderness that pervades her stories. Over the years, experiences gained from raising three children, teaching school, and editing have made useful contributions to her work.

Gloria does careful research before writing her books, and to portray the setting for DEEP FOCUS, she made several trips to Washington’s Olympic Peninsula. She found fascinating resources and inspiration as she explored its rugged shoreline.

We ALL eventually take portrait photos – why not learn to put the “WOW” in them?

Creating a terrific portrait involves more than just aiming the lens at your subject and pressing the button. “Building A Portrait” will show you everything you need to know. It’s easy once you know how!

Here is the Table of Contents…

How To Build A Portrait: Terminology And The Overall Shape Of The Photograph

Composition Tips: Make Sure Your Photographs Tell A Story

? Anti – Level Shoulders
? Sit Up Straight
? Use The “Rule Of Thirds” If It Makes Sense
? Fill The Frame
? Follow The Eyes
? Who is the star
? Focus On The Most Important Feature – The Eyes
? Depth Of Field
? Skin, Love It Or Leave It
? Bare Skin Continued

Scroll up and grab YOUR copy of “Building A Portrait!” RIGHT NOW!