Milgorry turned cold eyes upon Tiernan. ‘Say it,’ he demanded. ‘If you do this, I’ll hunt you down and return your dead body to the Creator. That is the law, and I’m bound by the law. I am a Guardian. I’ll have no choice,’ his voice dropped to a whisper. ‘There’s always a choice,’ said Milgorry. ‘If this is such a problem why don’t you return me right here and right now? You know you can!’‘ Because you’ve not done anything wrong yet,’ said Tiernan, sounding insecure.‘ But you can see into my mind! You know I’m going to do this!’ Tiernan’s shoulders sagged. ‘Please don’t do this. There must be another way.’‘ I don’t see any other way,’ Milgorry said bleakly. ‘Then go. But think hard on this before you act. You say there’s always a choice, but I’m not Free. For me there’s no choice. So be assured, if you do this, I will come after you. And I will find you. And I will return you.’ Milgorry was startled to feel the depth of pain emanating from the Guardian. ‘I’ll think on it, but if I find no other way to save my people, I’ll do what I have to do, and you can hunt me down and return me if you must.’ He ran down the stone steps, dodging Borgulnay, Timbul and Araas as they passed by. ‘Mil!’ Timbul called after him. ‘Where are you going? ‘Home,’ said Milgorry, not looking back. Disease ravages the land of Nyinaku, bringing the physically superior race known as the Fallen to their knees. Unable to watch his people die, Milgorry of Tarl, the land’s foremost cunning and deadly warrior, defies Tiernan, Lord of the Guardians, and returns to Nyinaku, intent on sharing the forbidden gift of healing with the Fallen race. Constrained by the laws of the Guardians, Tiernan struggles with the fact that he is required to disregard their friendship and hunt down the most dangerous Fallen warrior he has ever known. Meanwhile, knowing the illness will spread like wildfire and cripple neighbouring countries, an army of Fallen warriors prepares to use the opportunity to their advantage, and defying the orders of Prince Garran, they gather for war against the humans in the land of Alkira and their Guardian allies. In the Kingdom of Alkira, young King Kelian races against time to find a cure for the disease as it decimates his people, whilst preparing his nation for a war he knows he will not win. 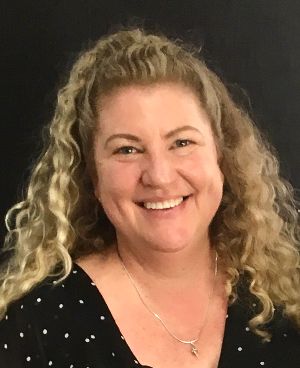 Danielle (Dan) O’Sullivan is a writer of fantasy fiction who has published 4 books in the Daoine Maithe series. She was born in 1971 in Emerald, Queensland, Australia, and her family relocated to Toowoomba at the age of 8. After marrying an Australian man of Irish descent, she became interested in the idea of a world with a fusion of Australian and Irish mythological history, hence the combination of interesting names, places, and language in her books.
O’Sullivan is currently working on a fantasy trilogy for middle grade children, titled The Ruby Key.
Her hobbies include amateur astronomy and teaching classical ballet, jazz ballet and tap dancing at her own dance studio located in her home suburb of Highfields. She is an avid fan of the works of JRR Tolkien and Raymond Feist. She has a particular interest in fantasy fiction for middle grade children and is working towards publishing The Ruby Key trilogy in the coming year.