On a distant world, in a not-too-distant future, Alyn Frederick Jr. arrives home from college and is shocked by his father’s murder. Alyn hasn’t a clue as to who killed him or why, but even more puzzling, finds himself as the main suspect. A forlorn detective, employing a rapidly developing A.I., partners with an idealistic journalist to find answers. They uncover a grand conspiracy, orchestrated by a powerful politician, who aims to radically transform society, but must trigger an interplanetary civil war to do it. Alyn must discover a dark truth about his family’s legacy if he is to clear his name and prevent the genocide. And the key to it all, is his grandfather’s wristwatch.

Brendan is a book-lover, curator of ideas and a keen observer of our human condition, who has combined these with his passion for vintage time pieces, and finally wrote the book he was always wanted to read.

The Foundation Game. A global web of political and financial deceptive activities concealed under the auspices of a nonprofit, or “third sector” foundation, highlighting the conflicts between the public good and personal quest for wealth and power.

The first book Beginning introduces the characters Margo Maxwell and her nemesis Jonathan Ross in a fast-moving thriller about criminal and unethical behavior involving Silicon Valley players, Interpol, FBI and a US Senator.

Born in Liverpool, England, Brenda Kempster immigrated with her family to California when she was a teenager. She received her undergraduate degrees from California State University, Long Beach and her Master’s Degree from the University of San Francisco in Public Administration.

Her career spans the corporate, government and nonprofit sectors. She understands the influence of the “Third Sector” in business and government, and weaves this experience into her suspense thrillers.

Brenda has received recognition from the White House, government, public sector and Fortune 500 companies for her work in coalition building and public policy. She has served on numerous national and international committees and advisory councils as expert in digital literacy policy.
She has lived in Europe, Latin America, and currently resides in Atlanta, Georgia with her family. 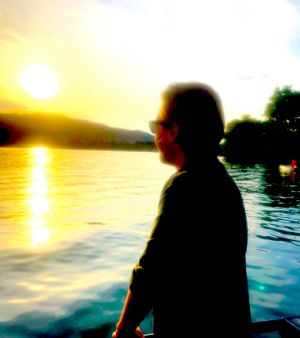 What if the Trump administration’s mishandling of the pandemic is not indifferent, incompetent, chaotic, or any of the other explanations offered by mainstream media?

What if, instead, everything has been going according to plan?

In this urgent analysis of the U.S. pandemic response, Bookbinder, a psychotherapist, uses the tools of his trade not to diagnose Trump, but to expose the motivations behind his administration’s catastrophic handling of the pandemic.

Bookbinder builds the case, brick by brick, that Trump & Company are intentionally encouraging the virus’ spread so that the people who are dying disproportionately from COVID-19 – Blacks, Latinxs, Indigenous people, and the elderly, sick, and imprisoned – will continue to die.

Using these same therapist tools, Bookbinder goes on to show how pandemicide fits into the Trump administration’s larger agenda: To move from nascent fascism to a fully realized Fascism 2.0. The essay ends with a call to action around what we need to do, now, to return our nation to sanity.

Though many alarm bells have rung over the past four years, and they now ring with deafening volume, they have not been heeded because many Americans don’t feel personally threatened.

But this is personal. Trump and his administration are killing us. And so far, everything is going according to plan.

It is late in the game, but the good news is that we can still stop the juggernaut that will be unleashed if Trump & Company have four more years.

There is no more important task before us – no distraction, no entertainment, no project, no job, no creative endeavor, no family matter, nothing – than preventing our descent into a new Dark Age.

Let us not look back on 2020 as the time where our troubles began.

Controversial, groundbreaking, and highly acclaimed VENT is the first ever reader participation book. During the story about two totally diverse people accidentally meeting and subsequently forming a heartwarming relationship, the reader(in the print version) is asked to circle either YES or NO to questions that run the gauntlet from the pertinent, to the ridiculous, and at times scandalous topics we obsess and frustrate ourselves over. For the ebook you mentally answer either YES or NO to the questions. Following the questions are several blank lines to either write or verbalize your personal opinion on the topic without the fear of being interrupted by someone who wants to force their beliefs on you. VENT is funny, sarcastic, political, and also brings to light many topics the mainstream media ignores that everyone should be aware of. 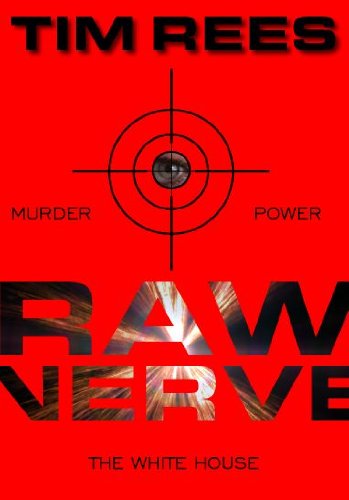 Set in 1997, Janice N. Mathias, the Governor of Georgia, looks set to be the next President of the United Sates of America – She also happens to be black.

How will the Ku Klux Klan respond?