Emma, a privileged young heiress, decides to mentor Harriet Smith, a pretty boarding-school pupil, and to matchmake her as eligibly as she can… But how is she to guess that Harriet has a secret?

Meanwhile, the brilliant, penniless Jane Fairfax consents to a clandestine engagement with Frank Churchill – though not daring to confess, even to him, that she is being relentlessly pursued by her best friend’s husband.

Harriet sidelines Emma herself in favour of the ingenious Harriet and the fascinating Jane Fairfax. It is Emma – but an Emma with a surprisingly believable twist in its tail.


“A dynamic take on a revered classic. This is still Austen’s Emma—but the story that unfolds through the recollections of these two ‘side’ characters feels remarkably fresh… With or without an understanding of Emma, Harriet contains a fully formed narrative that should satisfy even the choosiest Austen fans… Readers will rarely find the words ‘page-turner’ and ‘Jane Austen’ in the same sentence, but McVeigh’s impeccably written Harriet certainly fits the bill.” (IndieReader editorial review)

“A highly engrossing novel that captures the spirit of Austen and celebrates all the best qualities of her work from new and innovative angles… The characters are vibrant and full of life – McVeigh hits the mark spot-on.” (Readers Favorite editorial review)

Susan is a Jane Austen Prequel (or Pride and Prejudice Variation) brilliantly capturing Austen’s own Lady Susan as a young girl.

As the BookLife review put it for Publishers Weekly: “McVeigh’s prose and plotting are pitch-perfect. Emma mingles with Pride and Prejudice in a delightful confrontation between the two books’ worlds… This Austen-inspired novel echoes the master herself.”

Familiar characters abound – Frank Churchill, Lady Catherine de Bourgh, Darcy himself – but Susan – mischievous and manipulative – is the star. This is Austen that even Austen might have loved, with a touch of Georgette Heyer in the romantic sections. Fans of Bridgerton will also relish this classic regency romance, the first in a six-book series.

Sixteen-year-old Susan Smithson – pretty but poor, clever but capricious – has just been expelled from a school for young ladies in London.

At the mansion of the formidable Lady Catherine de Bourgh, she attracts a raffish young nobleman. But, at the first hint of scandal, her guardian dispatches her to her uncle Collins’ rectory in Kent, where her sensible cousin Alicia lives and “where nothing ever happens.”

Here Susan mischievously inspires the local squire to put on a play, with consequences no one could possibly have foreseen. What with the unexpected arrival of Frank Churchill, Alicia’s falling in love and a tumultuous elopement, rural Kent will surely never seem safe again… 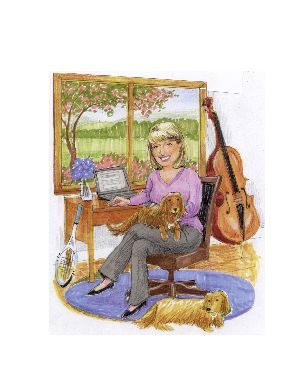 Alice McVeigh has been published in contemporary fiction by Orion/Hachette, in speculative thrillers by Unbound, and in Jane Austenesque novels by Warleigh Hall Press.

Eat a crumpet. Check. Say “bloody hell” in an English pub. Check. Solve three murders and fall in love? Definitely not on the list. But when England dishes up murder, even an American girl knows it’s time to channel her inner Agatha Christie.

American Eliza Darcy travels to Merry Old England to partake in a Darcy/Bennet family reunion for one reason: to solve the estrangement between her father and uncle. Not long after Eliza’s arrival and exploration of the vast estate of her ancestors, a dead body surfaces. Murder and mayhem replace afternoon teas and flirting with her British heartthrob. Eliza has every intention of keeping her snoot out of official Scotland Yard business, but when clues to the murder begin to merge with her investigation into her family’s rift, her inner wannabe sleuth self-activates.

With the help of her batty great-aunt and the sexy Heath Tilney, Eliza hurries to untangle the web of lies and secrets. As corpses start to pile up faster than the clues, Eliza fears the estate’s family graveyard will swallow another body: hers. 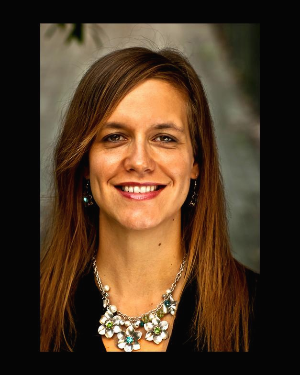 I live in a crazy world filled with four children, a supposed-to-be miniature Australian Shepard, and an adoring husband. I add to my daily crazy fix by teaching high school English as well!
I have three passions: family, teaching, and writing. My stories are based on real people with real emotions and real flaws. My family is a source of many of my characters, and because I love to people-watch, my characters often mirror the mannerisms and personalities of people I see across the street or people I meet in the Wal-Mart aisles.

Expectations begins six months after Jane Austen’s Pride and Prejudice ends. As a newly married woman, Elizabeth Darcy agrees to throw her first ball as mistress of Pemberley, a large and prosperous household. Meanwhile, her father writes a strange letter encouraging her to produce an heir for her husband, she welcomes several visitors to her home, and tries to mend broken family relationships.

Georgiana Darcy remains unmarried, but feels the pressure to find a suitable mate. She nearly ruined her family’s reputation with her first choice, can she be trusted to find a proper husband?