Undercover. Under fire. Under arrest.

It’s hard to save a special agent’s life with your hands cuffed behind your back.

Anna walks into the house and is met with flashbang. The FBI have her cuffed and belted into the back of their car. Two FBI agents are escorting her over the mountains of West Virginia heading to Washington DC for interrogation.

She was never meant to get there alive.

Before the ambush, comes the fall. Flying off the side of the road, this is Anna’s chance to escape and survive. It would be so much easier without her special forces code – no man left behind. And in this case, it means saving the other lone survivor of the crash FBI Special Agent Steve Finley.

It’s a cross-country cat and mouse game while maintaining her undercover status.

It’s hard to explain why a criminal would go to such lengths for the guy who is determined to throw her behind bars. Anna might even welcome some food and rest in a federal jail cell if she can get out of the wilds alive.

Download your copy now and help solve the mystery in this action adventure suspense thriller driven by spies, conspiracy theories, and political corruption.

280 characters can destroy a nation.

The rules of the game have changed.

Avery Goodyear, a romance editor from the suburbs, becomes a player in an international game of psychological warfare.

The FBI watches the attacks unfold in real time. The enemy’s strategy: win hearts and minds to destroy American unity. The FBI focuses their secret weapon, ex-Army Ranger Rowan Kennedy, at the crisis. With a PhD in propaganda, Kennedy risks his life to expose the wealthy oligarchs and high-powered schemers threatening our way of life, and to protect Avery.

To beat the enemy at their own game, Rowan and Avery must break the rules.

It only complicates things that they’re falling in love.

The game is on. The set is in play. Who will win the match?

in this military romance and psychological thriller filled with spies, conspiracies, and political corruption.

On a blooming May morning, the five bodies of a religious family are found in their apartment in the quiet suburb of Samuel’s Hill (Giv’at Shmuel).

Detective Hadas Levinger, the renegade atheist daughter of a religious family, is put in charge of the police investigation. Slowly and skillfully she peels away the shell protecting this unique community, and reveals hard and painful secrets.

Can she survive them?

Sometimes Trust Can Get You Killed

Retired Marine Special Operator Deep Del Toro watched the newscaster play the video of the woman he loves fighting off the FBI agent and escaping from a murder scene the night before. Now, Lacey’s turning herself over to the police. What Deep’s practiced eye saw in the video was a highly-choreographed crime. But somehow Lacey had thwarted the professionals’ plans.

She is in imminent danger.

Enmeshed in a mystery that includes the FBI, the CIA, and a tangle of interconnected international crimes, Deep and Lacey work to discover who plays the good guy and who plays the bad guy in a gray world where right and wrong easily overlap.

Lives depend on them.

A USA Today Bestselling Novel Download your copy now to join their fight for survival.

In Too Deep is the first book in the Strike Force Series. Each book can be read as a stand-alone, a part of this series, or part of the Iniquus World. In Too Deep does not have a cliffhanger ending.

Jack in reality is the story of Jack, who, after waking up late for work one morning, finds himself in a hospital bed and lucky to be alive after an experience he is unable to make sense of.

As he recovers at home, his world begins to feel unfamiliar; something is wrong, but to the people around him, everything is normal. He struggles to find a rational explanation as he experiences unearthly events, testing his sanity through the twists and turns until his very existence feels like a ride with no destination.

As he finally learns the truth, he discovers he has a purpose he never believed he would possess.

TRULY IMMERSIVE, JACK IN REALITY WILL INDUCE MIND TWISTING AT EVERY UPHEAVAL. A PSYCHOLOGICAL THRILLER WITH AN OTHER WORLDLY ROMANCE THAT WILL LEAVE YOU QUESTIONING REALITY LONG BEFORE CONSUMING THE FINAL PAGE.

“I could not put this book down.” 5 Stars – Goodreads Reviewer

Jude Craig is a level-headed 30-something history teacher in a Yorkshire secondary school who enjoys a comfortable life. She has two close friends, a beloved rescue dog, and a two bedroom semi-detached that she calls home in the northern English town of Uxton.

However, within a matter of days her professional and personal life are shattered by a series of strange events in her home.

What starts with the sound of papers fluttering to the floor quickly escalates to Jude discovering that someone has been in the house whilst she is sleeping. In the middle of the night a man appears to stand outside Jude’s house. He slips unnoticed into her home and begins his mission. His identity is unknown but his intent is to destroy Jude’s life.

As events unfold, Jude’s friends wonder if one of her pupils could be responsible due to his unhealthy interest in her or, perhaps, if Jude is suffering from PTSD due to a past trauma and imagining these strange events as she attempts to cope.

When Jude is driven out of her job and home, she is forced to discover whether she is being haunted, stalked by a pupil, or if the terrifying possibility could be true that she is losing her mind. 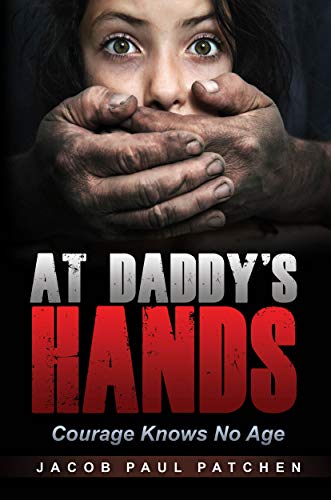 “… a riveting fictional story exploring the dark subject of child incestuous abuse that plagues families at all levels of society.” –Authors Reading

In public, Jim Handler is a well-respected, small-town hero, and homicide detective who solved the case of the Will’s Creek Massacre. But at home, in the shadows, Jim’s childhood demons come alive to feast upon his family in the form of sexual, physical, and mental abuse.

But his three teenage children have had enough. They have devised a plan for redemption.

Empowered by the legal system’s lack of accountability, a judge who offers a quiet and meager plea deal to save face, Jim feels enabled to do whatever he wants to his family. With no one to keep Jim in check, this cycle of sexual and physical abuse is rampant. It is up Nikki, Tyler, and Ally to end the evil that is devouring the Handler family.