Skip to content
Someone Will Have the Devil to Pay! Doris Watson lives a simple life as an ex-military engineer designing home appliances. However, a late-night emergency call drags her back into her secret life as an on-call rookie agent for a firm named Seekers Worldwide – a front for a loose group of high-tech mercenaries, managed by one Della Jamay Charboneau. The owner, Sam Namath of the NSA, is desperate. He needs Doris. Someone made the mistake of taking Della’s niece. And that was a truly epic mistake indeed. Della Jamay is no ordinary aunt. She is a trained killer with a very short temper and a very large arsenal. Doris’ assignment from Sam—to handle her handler and keep Della’s body count low. Plagued by prophetic dreams and embroiled in Della’s most private matters, Doris finds herself in way over her head. Non-stop action and suspense propel these two tough women through a mystery shrouded in the darkest aspects of human behavior and crime. Time is of the essence—every hour, every day the girl is missing means the trail is growing colder and her fate more dire. Della Jamay is forced back to her Creole home, her hidden past and memories she would like to keep buried. Doris is pulled with her into a morass so dangerous and unthinkable it is beyond even her darkest nightmares as they fight for their lives against ruthless New Orleans criminals and a mysterious Voodoo priestess claiming to be stealing souls with fire. Powerful characters, explosive action, touches of humor, romance and the unexpected make this one of the most unique top-rated mystery thrillers you’ll read.

Sam Berretti was born and raised in the High Plains city of Lubbock, Texas. Cotton was king and oil wells and cattle were always close by. The land was as flat as his mother’s tattered ironing board and Spring was always ushered in with dust storms, tumble weeds and tornadoes. Sam moved to Florida to attend the University of Florida, met a woman who he says was gracious enough to allow him to marry her and raised two amazing children. Sam is an avid naturalist and photographer as well as an author. Although writing started at an early age and took many forms, mystery fiction has always been a favorite. “When I began writing I was inspired by a number of authors like Lee Child, Sue Grafton, Janet Evanovich, Robert Crais, and Nora Roberts (as J.D. Robb). Writers creating flawed characters overcoming horrific hurdles and solving complex mysteries. I’ve tried to craft my own writing after their styles of tight action, subtle humor, and unique characters. Added to this a sprinkling of the paranormal and romance for flavor. I don’t have a favorite book as much as favorite series. I always enjoy reading the Jack Reacher books by Lee Child. He has an uncanny way of describing characters and action scenes. His plots are believable and the endings are solid.”
Website : http://www.SamBerretti.com/
They say for every person in the world there is a twin. For Doris, that simple wisdom becomes a nightmare reality that threatens her and the ones she’s come to love. An ex-military engineer who leads a quiet life as an appliance designer, she is recruited to perform one uncomplicated task: take a hand off of secret plans from a Chinese agent who believes she is someone else. She accepts the assignment and the only person she can blame is herself. She opened the door. She said yes. Her lonely existence is shattered as headstrong men cross her path. Dangerous men with dangerous needs. Suddenly embroiled in mob killings, espionage, and police investigations, she has become a billion-dollar target of sadistic crooks, the FBI, the NSA, and her psychotic look-alike. It is up to her to protect herself and the mysterious psychic child who has been thrust into her life. No one is who they appear to be. No one is telling the truth, because the truth can make you dead.

When I began writing I was inspired by a number of authors like Lee Child, Sue Grafton, Janet Evanovich, Robert Crais, and Nora Roberts (as J.D. Robb). Writers creating flawed characters overcoming horrific hurdles and solving complex mysteries. I’ve tried to craft my own writing after their styles of tight action, subtle humor, and unique characters. Added to this a sprinkling of the paranormal and romance for flavor.
Website : http://www.SamBerretti.com/

The truth has never been this dangerous…or this exciting

Fifteen years ago, John Kimberley walked out of his partner’s office and never looked back. He didn’t want to. It was easier to believe that he was heading for a stellar career and a future unburdened by huge student loans. The career proved to be rich and rewarding. His financial health—likewise. There was that other nagging consideration that surfaced now and then; a nasty little voice that kept whispering that he sacrificed the love-of-his-life for prestige and money. But he knew how to ignore it.

Then a sinkhole opened up in Arizona, swallowing a refinery, one of his employer’s subsidiaries. A significant loss. Certainly, worthy of further scrutiny. For a change, he needs to do field work in a research library where he discovers a list of natural disasters that spans decades. The one thing these natural phenomena have in common, is that they had all targeted his employer’s holdings. A joint venture here, a subsidiary there. His corporate employer sure seems to be the type of business that is every insurer’s nightmare.

Until John finds a pattern and a thread that begs to be pulled. A man who had no business being in Arizona, was caught on the security cameras, and appeared to be casing the refinery. The next step would be to find out what the man had to say for himself. Except he’s off on a field assignment—and heading for Alaska and so is a research team of scientists, aiming to hold field trials of a new product. The project leader is someone who has not been part of John’s life for the last fifteen years. He swore to never speak her name again. But a few days later, when a new tragedy claims many lives, including the man John had hoped to find, he knows that old wounds will have to remain hidden even as new ones open up. And suddenly, he is faced with so many choices, pulled in so many directions that running away is not an option. At least not this time. He knows that there is something terribly wrong with the island…he just doesn’t know how terribly wrong it is to try and find out. 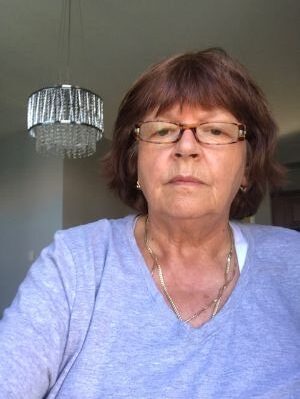