Some of the survivors are different, powerful. Their bloodlines have been brought together in this time and place to create safety for the remnants of all societies. Fated to lead and rebuild, these magnetic women and men are now the most valuable commodity in the apocalyptic wastelands.

Nuclear war devastated the world just days before Christmas. All governments went underground, leaving their citizens to fend for themselves. The desperate normals who barely managed to stay alive must now make a choice. Do they join the strange, dangerous survivors in forming a more perfect union or do they kill every last one of them? One choice will save the world. The other will finish burying it under the nuclear ashes.

Book One centers around the first group of chosen people who find each other amid the relics of America. Brought together by a man with many secrets, they struggle to adapt to an ever-changing new world while trying to build the first post-war safe haven for humanity.

This is Safe Haven

“We offer food, shelter, and protection to all survivors. Does anyone copy? …hello? Is anyone alive out there?”

The end of the world has given humanity a harsh, merciless existence, where nature tries hard to push us to the very brink of extinction. Everything is against us, between us. Untold miles of lawless, apocalyptic roads wait for our feet, and the future, cold and dark, offers little comfort. Without change, there can be no peace—only survivors. 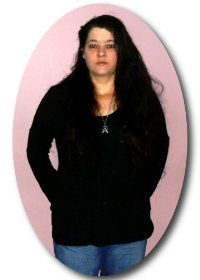 I now write full time and live on a small ranch with my family and our clowder of barn cats. You haven’t laughed until you’ve seen newborn kittens playing in the weeds. It’s an amazing way to begin the day. Thank you to everyone who gave me a try. I wouldn’t have this life if not for all of you. Self-sufficiency is an indescribable gift, especially when you grow up poor. May someone help each of you the way you’ve helped me.

One sexy night with consequences…

It was one single night of passion with a mysterious stranger, but when Elodie Gardiner realises she’s pregnant, she naturally intends to tell her billionaire lover – only before she can do so, she discovers a very pressing reason to keep their baby a secret!

Three years later, ruthless tycoon Fiero Montebello receives a shocking call from a London hospital. The woman he slept with three years ago is in a serious condition in ICU – and the son he never knew he had is in the crèche!

Family is everything to Fiero and there’s no way he’s going to let his son be raised anywhere than under his roof – even if that means his one-time lover is a part of that. He can never forgive her for keeping their child a secret, but that doesn’t mean he doesn’t still want her. This seduction is a dangerous game laced with resentment and hurt…

BOOK ONE in the seven-part series, THE MONTEBELLOS. Fall in love with these sexy, super-rich Italians. Not for the faint of heart!

Fiero Montebello is a serious alpha hero… with a heart of gold, of course! He’s a guy who knows exactly what he wants and will stop at nothing to achieve it. REGRET ME NOT is a super-sexy, second-chance, secret-baby book with characters you’ll fall in love with, heart-racing love scenes and one or two swears. You have been warned!

“You should have told me about him.” And despite the anger he’d thrown at her, the fury, the threats, her stomach looped because she felt what was at the root of everything he’d said and done: devastation.
He was devastated.
She sobbed, but he lifted a finger to her lips, and she gasped in surprise, the touch totally unexpected.
“Stop crying.”
She shook her head a little. “I can’t.”
His hands cupped her face then, holding her completely still, and her hands, now free, dropped to her side. “I will never forgive you for keeping my son away from me.”
His words were like acid and his touch was like silk. She couldn’t unravel how she was feeling.
“But it appears I cannot make the same decision you did. I will not push you out of his life.” Her heart turned over in her chest. “Yet.”
His thumb padded over her lower lip and her heart rabbited against her ribs for another reason now.
“You and Jack will move into my house.” The words were devoid of emotion. “For six months, you will live with me, to see if we can do it your way – and raise him together.”
Confusion filled her. Raise Jack with Fiero? In his house? “Like a family?”
His eyes flashed. “For Jack’s sake, yes, but you and I will remember the truth, Elodie. We will know what we think and feel, no matter how much effort we go to for the happiness of our son.”
His head dropped a little lower, his eyes scanning hers. “You will know that when I smile, it means nothing. That my anger and hatred for your decisions are still inside of me, weighing down on me with the pressure of every single day of Jack’s life I have missed.”
Tears filled her eyes once more.
“You will know, when we look at Jack and laugh, almost like real parents, that it’s a lie.”
Her lips parted on a gasp, or perhaps the start of a plea, a desire to make him stop talking like this. “And you will know that if I kiss you, Elodie, it is because of the same chemistry that drove us together that night, and nothing more. You will know that I will never like you as a person, that I will never forgive you for your decisions.” He stared at her for several long, anguished seconds. “I will never forgive you.” 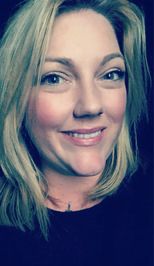 Clare Connelly grew up in a small country town in Australia. Surrounded by rainforests, and rickety old timber houses, magic was thick in the air, and stories and storytelling were a huge part of her childhood.

From early on in life, Clare realised her favourite books were romance stories, and read voraciously. Anything from Jane Austen to Georgette Heyer, to Mills & Boon and (more recently) 50 Shades, Clare is a romance devotee. She first turned her hand to penning a novel at fifteen (if memory serves, it was something about a glamorous fashion model who fell foul of a high-end designer. Sparks flew, clothes flew faster, and love was born.)

Clare has a small family and a bungalow near the sea. When she isn’t chasing after energetic little toddlers, or wiping fingerprints off furniture, she’s writing, thinking about writing, or wishing she were writing.