Voted ‘Fiction Book of the Year’ by Corporate Live Wire!
__

Mat Rufs loves to hop on a plane and travel to a destination—by himself and on the spur of the moment—to explore and immerse.

This time he is lost in a Mexican cave, near the Volcán de Colima, and finds himself amid a heart-racing thriller with a historical twist and an international scope that will keep you up at night.

This book is about travel, adventure, unexpected turns, ancient customs, intuitive decisions, pandemics, international business, and life as it happens!

So are you ready for a thought-provoking adventurous journey?

Then grab your copy of The Adventures of Mat Rufs, and hop on and join the ride! 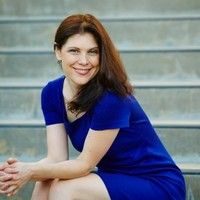 Anna Liachenko is an award-winning writer, entrepreneur, and author of The Adventures of Mat Rufs series which has won the Fiction Book of the Year award from the Corporate Live Wire. Alongside her writing, Anna leads Montreal-based marketing agency ZZINC health marketing inc. as its Chief Executive Officer. She is also a real estate investor, a mother of two wonderful boys, and an enthusiastic world traveler, having explored more than 30 countries with her partner, alone or with her family.

Explore the Forbidden Secret Teachings of the Legendary Lost Realm of Zhang Zhung. Revealed in this book is the ancient knowledge of Zhang Zhung, teachings which set forth techniques of powerful elemental magic, or “sorcery.” This knowledge is of extreme antiquity, first appearing as part of the lore of the Zhang Zhung culture that arose on the Qinghai-Tibet Plateau some 4000 years ago, but believed to have originated far earlier. Being a forbidden body of knowledge, said to convey enormous powers, the teachings disappear from the historical record for some twenty-six centuries, not to reemerge until the 7th century AD in the arcane scriptures of the ancient pre-Buddhist B’on religion.
In recent years researchers gained access to previously unreachable regions of Tibet, and those tenacious explorers discovered stunning evidence of an advanced civilization. Expeditions to the highest part of the Qinghai-Tibet Plateau found an immense network of castles, temples, hermitage complexes, megaliths, necropolises and fortresses, for this desolate reach of Tibet was once the kingdom of Zhang Zhung, long forgotten home to legendary warriors and sorcerers.
The secret, deeply shamanic ‘Four Portals’ teachings of Zhang Zhung contain enormous amounts of elemental sorcery, in keeping with their view of the cosmos as a psycho-physical unity, able to be manipulated in heightened states of awareness through clandestine techniques and practices, abilities that today we refer to as “paranormal powers” such as extrasensory perception and psychokinesis.
The explorations in this book are divided into six parts, as follows:
• Part I: Introduction — Provides archaeological background and information regarding the ancient Zhang Zhung civilization and its legendary traditions of sorcery. Includes a comprehensive description of the secret sorceric traditions of the ‘Four Portals,’ along with relevant concepts and supporting evidence from the field of quantum physics.
• Part II: Prelude — Narrates the author’s initial meeting and subsequent experiences with the shamanic sorceress Mani Choejor. Includes details of Mani’s background and the author’s first encounters with her extraordinary sorceric powers. Also includes insights and observations regarding Mani from the Lamas Karpa and Dhanaga.
• Part III: Exploring the Secrets — Narrates numerous accounts of Mani’s demonstrations of psychokinetic and extrasensory abilities. Contains comprehensive descriptions of Mani’s extraordinary powers, her apprenticeship, knowledge, techniques, and visualization practices.
• Part IV: Related Material Anthology — Four book anthology of relevant material.
• Part V: Supplemental Material — Information about Wisdom Masters Press and descriptions of associated books.
• Part VI: Appendix — Contains a Reference Guide and Suggested Reading in Quantum Physics and Quantum Consciousness.
Transcribed from the journals of explorer M.G. Hawking’s sixty-two months in a remote region of the Himalayas, this book contains detailed narratives of his experiences and conversations with a true sorceress of the Zhang Zhung tradition. If this type of knowledge interests you, this is an incomparable book you will never forget. 2020 Edition, 31 Chapters, 42 Subsections, e-reader page count 414 (estimated, actual count varies with the reading device used). A Kindle Unlimited Book. For more information, please see the book’s Amazon page. Thank you.

M.G. Hawking is an avid traveler, adventurer, and writer. Devoted to exploring remote areas of the globe to discover regions unknown to the Western world, always in search of extraordinary people and experiences, he has found many, especially in the Great Range of the Himalayas, the setting for most of his books. His focus is documenting profound wisdom traditions and revealing the knowledge and power they convey. Hawking is the author of the book series, ‘In The Valley of Supreme Masters,’ along with its associated companion volumes. When not traveling, he spends his time working on projects related to presenting books of an esoteric nature with his wonderful team in Northern California. Heather Cantrell, M.Litt., contributor and editor for Wisdom Masters Press, is an experienced world traveler. Having been born in Nepal to British parents who were teachers in various parts of Asia, she has extensive experience in the Himalayas, and is a devoted equestrian and animal lover. Amber Chellings, M.Phil., contributor and newsletter director, is an avid photographer, outdoor enthusiast and ardent equestrian. Jenna Wolfe, Ph.D., our exceptional research expert, contributor and book content supervisor, is a primary link to our numerous academic technical advisers.
Website : http://www.wisdommasterspress.com/