Skip to content
If you are searching for an unbiased, uncomplicated overview of the end times, this book is for you. When finished reading it, you will go away better prepared to talk about what you know and what you believe about the end times.

Captivated by the spiritual component of life, Jason loves to read everything from the Greek classics to the Sunday comics. Unafraid to tackle topics many people don’t want to talk about, Jason has a concise, lighthearted style of writing about difficult subjects. From the serious to the humorous, Royle weaves stories that make you grin, ponder, and perhaps plunge anew into your own leaps of faith.
Website : https://www.jasoneroyle.com/the-rapture-misunderstood.html
Glynn Young-These stories are all jarring, slightly offbeat, and sometimes disturbing. They invite you to reconsider the reality you know while they rather poetically ask, “What if?”

I like to enter sometimes the town library. To stroke, the books with my look, to touch them with my hand. At the same time, I walked among the shelves to feel their smell and read one book or another. I leave-taking with me the sadness of so many books left unread. Mihai keeps on writing while believing in the power of honesty, goodness, and love.
Website : https://www.goodreads.com/author/show/17341912.Mihai_Brinas
This short-story collection highlights Brian Price’s writing style while also serving as an introduction to the main characters in his debut novel, Last Chance California. The collection includes the following tales: Chicken Nuggets or Bust It took Wyatt over thirty years to experience In-N-Out Burger. The joint turned out to be a powder keg ready to blow with one missed pickle. When Wyatt Met Summer How did Wyatt meet Summer? Well, she isn’t shy about telling the story. that’s for sure. The California Palm Reading Seduction Wyatt is struggling in Southern California. He calls out of work and visits a fortune teller for guidance. She invites him over to her mansion for a reading. Things get weird. Sick and Fired Wyatt’s job sucks. Thankfully, strep throat allowed him to avoid the office for a few days. But that led to more problems for Wyatt’s career. Abraham Lincoln: Animal Whisperer If not for a reincarnated Abe Lincoln, Wyatt Lewis would have killed his dog while flying home for Christmas.

Brian Price worked in the marketing and communications industry for nine years. The Public Relations Society of America, American Business Awards, and Association of Marketing and Communication Professionals are a few of the organizations that awarded his work. But who actually cares about that? He certainly doesn’t. Sick of bookshelves being stuffed with bureaucrats’ memoirs and snake-oil entrepreneurs using books as sales funnels, Brian wrote a novel, Last Chance California. If he isn’t reading or writing, Brian is probably playing with his rescue pup, Bucky, or ranting about the government.
Website : https://brianvstheworld.com/
Judas Iscariot, the man we love to hate. But who would Jesus have been without him? In this unique short story we journey with the man who Jesus chose to be one of the original twelve disciples, who was with Jesus throughout his entire three-year ministry. Going beyond his worth, which always seems to start at thirty pieces of silver and suicide, dare to step outside the boundaries of one-dimensional thinking and tradition and ask yourself: “In the grand scheme of things, did Judas have a purpose?”

Captivated by the spiritual component of life, Jason loves to read everything from the Greek classics to the Sunday comics. Unafraid to tackle topics many people don’t want to talk about, Jason has a concise, lighthearted style of writing about difficult subjects. From the serious to the humorous, Royle weaves stories that make you grin, ponder, and perhaps plunge anew into your own leaps of faith.
Website : https://www.jasoneroyle.com/
Jennie Scott is an attorney doing her best to bear the heartache after splitting from her long-time boyfriend. One night while out with friends at a nightclub, Jennie suddenly collapses after witnessing something strange in the restroom. Her friends are mystified. What could she have possibly seen? After she is whisked off to the hospital in an ambulance, Jennie wakes up without any recollection of what happened. Graham Cox, a high school music teacher, has been enduring divorce proceedings for several months. When his current lawyer is unable to represent him, he turns to an attorney in Jennie’s firm for help. As their paths cross, Jennie and Graham quickly realize they have undeniable chemistry together. While frightening occurrences continue to plague Jennie, Graham shines a new light in her life. But will they each find the strength to overcome their pasts so they can be together forever?

Diana Stewart-Walker, a Jamaican, lives in Tortola, British Virgin Islands. For over 20 years, she has enjoyed the laid-back charm and friendly people of the Virgin Islands. She loves to take leisurely scenic walks on a beach and admire the awe-inspiring alluring sea. This is the relaxed atmosphere that allows her to focus on ideas for her novels. She also visits museums to see their display of relics from the past while learning about cultural history. Her first book is titled “Deep Height,” a romance novel. A Registered Nurse, who graduated from the University Hospital of the West Indies in Jamaica, never dreamed she would be writing fiction novels.
A novel by 8-year-old – A Magic Mirror slurps Ara and Felice into the story of “The Three Little Pigs”. Can the kids rescue the pigs? Or twist the plot entirely!?

Anushka is eight years old. She is in grade 3. She was born in Arkansas,USA , then moved to Chicago, Dallas and now in Toronto. She started reading at the age of two. She is an avid reader,a regular member of the local libraries since she was a toddler, and has read over a 1000 library books just in the past one year.While stuck at home during Covid-19 she wanted to do something constructive and that’s how she nurtured the idea of writing a book. Her schooling started at Preston Hollow CDC , then Children’s Courtyard, Universal Academy and now at Seneca Trail. This fall she will be starting at Coronation School where she has been selected for the “gifted program”. Anushka enjoys reading, bike riding, and movies. She is also very good at ice skating. She has a sister Arushi, in kindergarten. Anushka has inspired many little readers during her in-person Book Events, who now want to pursue their dream of becoming an author. Anushka is very active in the community, and donates part of her proceeds to charitable organizations like “Durham Children’s Aid Association” ,”Hearth Place Cancer Support Centre”,”Autism Home Base Durham Inc.”,”Uxbridge Loaves & Fishes Food Bank”,etc . She also sends donations to Ghana for little kids.
Website : https://bit.ly/3o2eRer

Can a second chance with a first love lead to happily ever after?
Axl never believed in love until he met Mara. But four years later, she dumped him. Seeing her after two years at her great-grandparents’ party, Axl realizes he’s still in love with her.

And he’s not happy about it. But it doesn’t matter because she’s married now.

Mara is finally putting her disastrous rebound marriage behind her. She’s happy to spend a comforting weekend with her enormous, loving family. But that changes when she realizes her great-grandmother, Gigi, has invited her ex-boyfriend.

Mara is steaming mad, but her traitorous body feels a different kind of heat.

Gigi knows that Mara and Axl belong together. And she’s not above using her party to give them the opportunity to see it.

The searing chemistry between them is as hot as ever, but Mara’s ex-husband wants a second chance too…

The One is a standalone, steamy second chance romance, with an HEA and no cheating.

Author’s note: Second chance romance. Opposites attract. Playing with fire. A spunky great-grandmother who knows a thing or two about love. A stubborn hero who realizes what he’s lost and will do whatever he needs to do to win back a feisty, even more stubborn heroine, whose eye is on her future not her past.

While strolling down the block, stray cat Zoe smells blood on a backyard fence. Within moments, a mangy pup named Rex is begging to join her on the streets. A cat babysitting a dog? Preposterous. As Zoe tries to shoo him away, she realizes that there may be a more unsettling reason why Rex doesn’t wish to stay home. 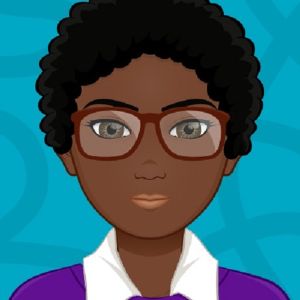 A. J. Agreste is an accounting major, animal lover, and author. She has been writing stories since she was in elementary school. She’s written stories for her little sister to read or to present during show-and-tell. She’s always been drawn to the supernatural. Fantasy and Science Fiction are capable of transporting you to a different world or bringing the unreal to ours. But she also has an affinity for the here and now. Tackling the modern-day challenges we face every day is the backbone of contemporary fiction. She hopes to succeed in immersing her readers in both worlds.

A profound and vibrant collection of short stories exploring life in India.

When Meena Chechi witnesses a bus accident on the busy streets outside her store, she never could have imagined the series of events which would unfold in her village. Quietly watching the world through the window of her storefront, Meena has a story – and words of wisdom – for everyone who crosses her path. And in this small and quiet village, life isn’t quite as simple as one might expect…

With an intriguing and enigmatic narrative, this imaginative short story collection explores life in a remote village in the heart of southern India, effortlessly intertwining rich themes with vibrant characters to create a unique yet strangely familiar setting.

Blending the daily lives and perspectives of characters with relatable struggles and universal themes which span all cultures and people, The Village: Short Stories of Indian Life stands as a profound piece of cultural expression, seeking to touch the hearts of readers and give you a newfound insight into the lively – and at times very different – lives of the people living there.

Inspiring, thought-provoking, and deeply spiritual, this engaging collection is the perfect read for anyone who enjoys anthologies, Indian culture, and discovering the world through literature.

Scroll up and buy now to discover this collection today.

This is a Short “Murder” Mystery meant to entice and engage the reader for the ultimate experience in fiction entertainment.