Rawk is one of the great Heroes. He has travelled the world for forty years, hunting exotic creatures, battling magic and fighting evil wherever he found it. But he has been fighting mostly mundane battles since Prince Weaver outlawed magic. And with no great deeds left to be done, Rawk is afraid he’ll soon be the old man in the corner of the tavern, dreaming of the good old days and telling tales for anyone who will buy him a drink.

But when a huge wolden wolf is spied from the walls of Katamood for the first time in a decade, Rawk is the man the city looks to once more. He’ll save them. He always has.

Rawk will fight to ensure the Age of Heroes doesn’t slip away into history, but what if the good old days aren’t quite as good as he remembers?

Beheading Kings and poisoning the innocent, I reckon I’m a menace. Didn’t intend on it, but one thing leads to the next.
I figured I’d kill the sard, steal his wealth, and be well on my way elsewhere, but somehow, I ended up latched to the Lord and Master of Frenmere Pass, helping him every step of the way. Icaz proved an enigma, and I don’t like leaving without answers. How does a deranged fool nobody has heard of end up as one of the wealthiest folks around? I worried for the children in his care too, and wanted to make sure the girls stayed safe, but mostly I stuck around to itch away at the nasty scab called curiosity.
Who wouldn’t be curious upon learning your employer possesses a pendant capable of controlling the mind and bending others to his will? Who wouldn’t want to know if the fantastical story he tells bears any resemblance to the truth? I sarding well do. If that means one preposterous situation after the next, so be it. More questions than answers, and I mean to even the score.

The Sword Sisters, a band of militant women, protect the land from the ravages of the humanoid Morgs.
Necimus, a gigantic evil sorcerer, breeds his hybrid army and dreams of creating his own race.
The Sayers, an order of seers, protect the secrets of the past and the future.
A large, homely girl named Skurgiil brings them all together, as the past and present collide in a clash of swords and sorcery foretold centuries ago.

ONE STAR. ONE WISH. THE FATE OF A DISTANT GALAXY RESTS ON ONE GIRL’S SHOULDERS.

In 17th Century France, Starla’s life is turned upside down by a single wish. Set on an adventure to uncover her past, she encounters magical creatures, loyal friends and romance steeped in sorcery.
With her dreams about to come true, she discovers that the war in this new world and her own future are inextricably linked. Faced with an evil beyond anything she could have imagined, the galaxy sits on the brink of destruction.

Now, she must make her choice.

When the stakes are at their highest, will she have the courage to risk her own life to save everything she has come to love? 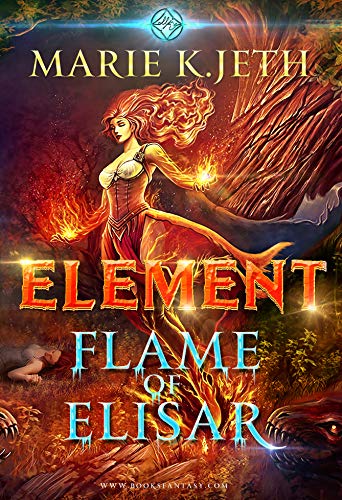 ELEMENT. FLAME OF ELISAR – this is not just another fantasy story but a new amazing world full of magic! A world that offers you all it takes to plunge into fantasy – sorcery and battles, dangerous and terrifying creatures, blood oaths and powerful artifacts, as well as alchemy and magic potions. And this is something that comes along with love intrigue of and complicated schemes unfolding among the characters.

Hasara is a mystery… Each of its four Spheres has its own people who enjoy the power of a certain Element – Fire, Air, Water and Earth. Their powers differ depending on who they are – pure-bloods, half-bloods or empties.Given that, each of the Worlds features its own sorcery, laws and traditions, alchemy secrets, strongest artifacts and bizarre creatures. Ricka Velios lives in Elisar – the World of Water Sorcery. Her family and she are all hardworking, which helped them earn respect among people of Karun and even beyond – all over the Highlands. Picking healing herbs and making powerful elixirs – this is their family business that helps them make a decent living and enjoy a calm life.However, it all collapses once Ricka’s sister disobeyed their mother to use her magic powers secretly. The Hounds were there immediately. They tracked the girls to never let them go. The first attack was Ricka’s narrow escape, while another encounter with the beasts proved a real disaster. Trying to defend her sister, the girl failed to control her magic gift and that killed many innocent people.Praise to Gods, they managed to escape, yet if anyone learns about the incident Ricka will be executed immediately. And her chance to survive is getting thinner minute after minute as Elisar Ruler’s both sons come to Karun to investigate the unprecedented crime. The two Dairs are the most powerful Water Sorcerers. Their sorcery is unlimited; any word they utter must be followed; nobody can lie to them, and what’s even worse is that they can never be trusted. The best thing to do is just stay away from them… But Ricka has no choice. They want her to be their guide…And now, how can she fend off detection, while one of the Dairs tells her to make a blood oath, while the other asks her to approach the Altar?!

Just take a dive into this magic world! Enjoy the main character’s life story, which is once dangerous and then dramatic, all that turning it so captivating and bright! Welcome to the World of Hasara!