“You have a future regardless of what your past is like.“Every saint has a past, and every sinner has a future.“Every person God ever used had a past he or she was ashamed of, but that didn’t matter to God. It didn’t tie his hands. Just because you have a dark past doesn’t mean God will toss you into the garbage heap as worthless. Far from it. Every saint has a past that Jesus Christ changed.“But it’s equally true that every sinner has a future. Look at Apostle Paul, for example.” We all need reminders and the lines above are a sample of what you’ll find in this book. It’s tough to trek the path of your spiritual journey. If you try to do it alone, it’s near-impossible. This book will be a valuable companion through the difficulties and trials, victories and defeats, gains and losses pilgrims encounter on their pilgrimage toward Home. The four-minute readings encourage Christ-followers to remember what really matters, to count on God’s presence and promises more, and to deal with regrets and move on. To hold on to hope even after a painful past tries to snuff it out and present-day struggles seek to sink it. They call us to see life from God’s perspective and to convince us that every hardship along the way will be worth it someday. So keep going and don’t give up.These 40 ponderings originally appeared in a weekly newspaper column created by the author. Several years later, a second area newspaper picked up the Pastor’s Ponderings column. Many readers repeatedly asked the author to combine these columns in book 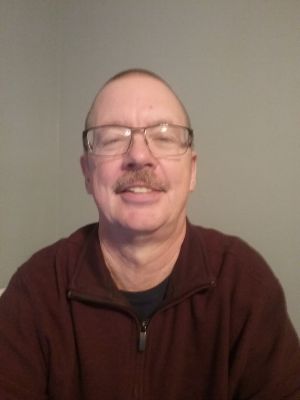 Steve Wilmot is a fellow pilgrim on his long and sometimes treacherous journey Home. Over the years, he learned valuable lessons and developed indispensable relationships that kept him from giving up when discouragement and lack of hope enveloped him. His purpose in life is to pay it forward whenever he can.
In 1974, Steve married his college sweetheart, Becki, and they began their spiritual journey together. They have four grown children and eight grandchildren. He is a retired pastor and United States Postal Service mail carrier. For a few years, he owned the Edgerton Earth newspaper and wrote a “Pastor’s Ponderings” every week. Steve continues to write the weekly column, as well as novels and devotionals. In his spare time, he reads, gardens, landscapes around his house, and stays connected to a band of brothers on their mutual journey of faith.