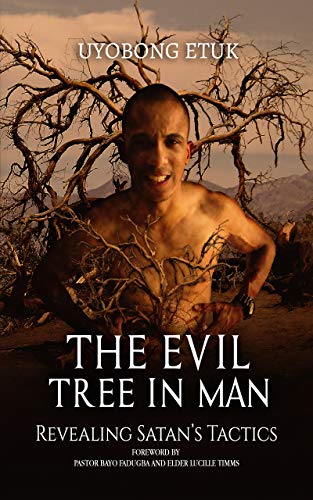 Are you going through tough times? Does it seem like you’ll never get out of the ditch? Is everything around you getting worse? Are negative things happening to you all too often?
All these could be signs that satan is afflicting you using the evil tree.

•The evil seed was planted in our ancestors in the Garden of Eden.
•It was passed down the generations and can grow into a tree in you if you let it.
•Its size depends on the amount of nutrients you provide.

Almost everything negative that happens to you is because of this satanic manipulation and influence.

Get to know satan’s tactics on you using the evil tree and how you can subdue its influence.
You will see things from a whole new perspective and start to lead a peaceful, stress-free and victorious life. Also, learn how this evil tree will be finally destroyed.

Living on a land shaped like a monstrous Dragon floating on a bottomless Sea, two orphaned brothers have chosen dramatically different paths to deal with the pain caused by watching the murder of their parents.

Why were they locked away in that out-of-the way orphanage for ten long years, when they had living kin who would gladly have claimed them? Who are the sinister black-robed “Dragonmen” and what is their hidden agenda. And why are these blackrobes so interested in the two teenaged brothers that they would mobilize all of their considerable resources to possess them?

Kaleb, the eldest, has taken up thorns and sided with the black-robed Dragonmen and their gigantic Captain, Raven. Overcome by bitterness, he has vowed to exact vengeance and rescue his bother from the man he thinks is responsible for that crime, Nathan the Master Bard.

Jason, the younger sibling, is an apprentice to that same bard and has chosen to forsake the dark poison of the thorns and follow the teachings of the Great Gryphon and His Swimmer Son.

Out of their love for each other, both brothers seek with their entire beings to deliver their sibling from his chosen path. A violent conflagration of armed conflict is inevitable!

What other Christian authors are saying about “THE POISON OF THORNS, The Dragon’s Back #1”

TRACY KRAUSS, bestselling author of “Play It Again” and “The Beat Goes On” says: “Book 1… reads somewhat like a Lewis, Tolkien or even a Rowling. Full of heraldry and lore in a make believe otherworld, this novel is full of action and adventure…Anyone who likes fantasy with an unapologetic Christian worldview should enjoy it.”

ASHLEY WINTTERS [“Ashley Dawn”], author of “Shadows from the Past” and “Shadows of Suspicion” says: “This was a superbly written book. A good vs. evil that isn’t too preachy but definitely has a spiritual overtone. The imagery the author used made you actually feel like you were a part of the book. The characters were very well developed and very likeable. I rate it a 5/5. If you get the chance, you should definitely read it and I’m ready for the second one!”

This book contains proven steps and strategies on how to effectively engage in warfare against the devil and his agents.

“Be on your guard; stand firm in the faith; be men of courage; be strong.” Because “Our struggle is not against flesh and blood, but against the rulers, against the authorities, against the powers of this dark world and the spiritual forces of evil in the heavenly realms.”

Those were the admonitions of Paul to believers in his day and by extension to us today. We live in an age where there is much confusion about God, Jesus, and Satan, and believers no longer see their signs.
Gone are those days when Christians demonstrated the unqualified authority over demons. Today, Satan has succeeded in deluding many.

This book is written to give you insight on how to get your dominion back if it has been taken away from you or to stay in control if you are presently reigning of Satan.
It is not written to teach you demonology, cosmetology, but to help you understand the activities of the devil, his strategies, weapons and what God has given you to overcome all is machinations.
I employ you to read and practice it with faith, and you will soon be able to recognize all the messengers of the evil one and effectively combat them. 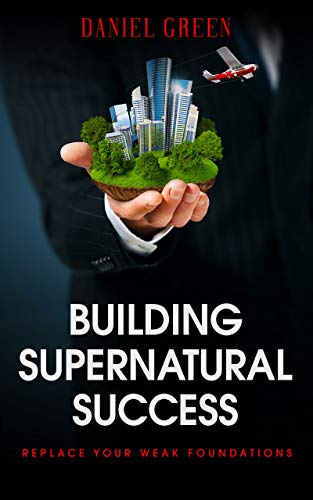 Discover what is getting in the way of accomplishing your heart’s dreams and passions. Learn how to replace weak foundations or wrong thinking with supernatural strong foundations that will cause you to be successful in everything you do. These weak foundations come from flawed beliefs or even strongholds from the enemy that keep you from becoming all God wants you to be. Get my Book today and experience a freedom you never had to accomplish the impossible things of Heaven.

Have Supernatural Success In These Ways and More. . .

Replace Weak Foundations That Hinder You

Before you can achieve your dreams and receive everything God wants to give you; you first need to replace any weak foundations or flawed beliefs in your life. If there seems to be something stopping you from being successful at everything you do, then you will want to get this book.

Discover in greater detail what these weak foundations are. Then find out how to remove every weak foundation in four easy steps. Finally, learn how to build supernatural strong foundations. Once these truths are applied, you will no longer be hindered by incorrect beliefs. Instead, you will be able do the impossible things of Heaven and achieve all your heart’s desires.