Skip to content
She thought he was neurotic. He thought she was psychotic. The Navy thought they were the perfect pair. Shelby Ryder is a loose cannon. A Kansas farm girl, she became a Navy SEAL to avenge her parents, who were killed on vacation when a Russian sub torpedoed their catamaran. Earl Bernstein, from Chicago, became a SEAL to get away from his over-protective parents. Earl’s the sensitive type. He writes poetry and worries about his teeth enamel eroding. The Navy thought by pairing them together they would balance each other out. They were wrong. After brushes with the law and staying just this side of sanity, Shelby and Earl are on the verge of being de-SEALed. Now they’ve been given one last chance to redeem themselves. It’s a simple enough mission: they’re tasked with finding a United States senator who disappeared in Cuba while playing golf. But then one day the president tweets that the Russians are responsible, and things get perilous in a hurry. Soon it becomes clear—if Shelby and Earl don’t get the senator back, the situation will escalate into a nuclear war. So into the steamy Cuban jungles filled with snakes, spies and a German tuba band, the pair ventures, breaking every rule of civilized behavior known to man as they desperately try to find the senator before the missiles fly or Earl runs out of anti-cavity rinse.

Born in Chicago, Illinois, Gregg Bell spent his formative years playing 16″ softball, hanging out, and trying not to get into too much trouble until college when he absconded for the University of Florida. There, he took creative writing classes and spent his free time bodysurfing at St. Augustine’s gorgeous beach. After his sojourn in the sun, he was drawn back north and attended the University of Notre Dame. Through jobs ranging from laying asphalt to working in corporate America, the one constant in his life was writing. It still is. A lifelong Midwesterner, he lives in suburban Chicago and, like everyone else who lives there, complains about it being too hot in the summer and too cold in the winter.
Website : https://greggbell.net/

There’s a war being waged between two secret factions. At stake is the heart of democracy itself.

The key to victory is a small, seemingly harmless, piece of computer hardware, which in the wrong hands, could bring about a technological Dark Age. The race is on to find it as a trail of death is left in its path.

John Cranston is a gardener. He’s not really interested in global domination, he’d much rather mow a lawn. He’s the current keeper of that harmless looking thing.

The problem is – he’s the last person to know.

Meanwhile, Detective Inspector Sutherland and his sidekick Sergeant Bludgeon are working on the mystery of the missing accountants, little knowing that this will lead them into something darker and more sinister, as their paths cross and diverge from the gardener on the run. 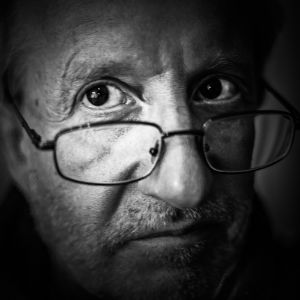 Bexhill-on-Sea photographer and writer David C Mason is the author of the new novel Pandora’s Gardener, an adventure thriller with added humour.

Originally from London’s East End he “escaped” to the seaside to see out his last years of climbing the corporate greased pole, before giving up to do something more interesting.

After thirty odd years of writing plans, outlines, proposals, strategies, business cases, most of which could have passed as works of fiction (or “scenarios” as they were known), he is no stranger to making things up. He thought it would be a shame to let all that experience go to waste.

When he’s not writing, thinking about writing, or out with his camera, he can sometimes be found telling people that “no, Bexhill-on-Sea is nothing to do with Southend-on-Sea…”