Skip to content
As the only female firefighter in the city, Leslie McClunis is determined to prove herself — if only she could drop the distracting memories of a blazing hot encounter with football star Trevor Hampton. Neither of them expected to fall in love, but they can’t help but come back for more…

Written by a full-time doctor and Amazon best-selling author!

Carina Alyce is the pen name of the Amazon Best-Selling author and full-time triple board-certified physician who started writing dramatic medical romances after 20 years in the trenches of health care. She promises she never had sex in a call room – the mattresses are not comfortable – or had a fistfight with a patient – though she did work as a fight doc at the Octagon. Her stories are sexy, snarky, and real with all the romance and drama of the lives of our first responders.

She writes the MetroGeneral Downtown series that tackles the personal and professional challenges facing our front-line providers. Her stories have the drama of Grey’s Anatomy, the comedy of Scrubs, the sexiness of Outlander, and the medical details of Forensic Files. They feature fast, witty dialogue, strong women with goals, and quirky ensemble casts.

When not working or writing, she is a brown belt in judo, an avid reader, and an attending surgeon in stuffed animal veterinary medicine for her six kids. (No one trusts her husband’s medical skills because he’s just a lawyer.) You can follow her at carinaalyce.com/newsletter or see her dance and make Grey’s Anatomy jokes on TikTok at https://www.tiktok.com/@carinaalyce

A sizzling novel about when you know you shouldn’t, but you do anyway.
“Hot and sizzling. And I don’t just mean the food.” -Rory Samuels

Ben’s life was unraveling from a secret he would not share and mine was just getting back on track from a secret I’d exposed. I wasn’t going back. I was moving forward. I wasn’t falling in love. Except he had me with that sculpted boxing body and emerald eyes; his dreams of opening his own restaurant. Every foray into his kitchen started with him cooking and ended with us ripping each other’s clothes off. Until he disappeared and I was forced to face what he’d been hiding and what I secretly wanted.

“Five out of five stars! The Portland food scene is amazing, not to mention the steamy romance. I loved it and you will too.” – Kelly Taft

“Just what I needed after my bad breakup. A hot guy and loyal girlfriends.” – Jenny Greene

“A feel good book about starting over. I read it one day.” – Maria Ellis

Chloe Wynn is the pseudonym of two friends who write in other genres but find endless fun co-writing romance.

Thorn was projected to be one of the best up-and-coming football players in the country until an injury killed his career, and his dreams. After his injury, he spent most of his time drinking. When he was offered a job as a doctor for a women’s pro soccer team, he was happy to be back in the game, but the drinking didn’t stop. His new boss refused to tolerate his vices and he couldn’t keep his eyes off of her.

Gabriella had her dream job managing the women’s soccer team in her hometown. All she needed was a doctor. When she found her old classmate down on his luck, she knew he was the right man for the job. Maybe even the right man for her.

Will Thorn’s drinking and his bad attitude get in the way of his job and their budding attraction? Find out in the first book of Savina Joyce’s Bad Boys Love series. Each book features a different couple and can be read as a standalone with a happily ever after ending.

In desperate need of a life make-over after a terrible divorce, librarian Mallory Cruise signs up to coach her daughter’s recreational softball team. So what if she doesn’t have an athletic bone in her body? It’s the change her therapist suggested. There’s only one problem.

Her co-coach, Jason Henry, a widowed jock popular among the single ladies who’s made it clear Mallory grates his nerves. He’s an arrogant jerk who knows a lot about softball but nothing about women.

Mallory just needs to prove herself. And she does, in a horrible flip of the lineup that costs them the game. The softball moms band together and are ready to tie her to the fence during batting practice. They won’t stop until Mallory’s out of the picture.

And the only one who can save her is Jason.

Will Mallory strike out at coaching the same way she struck out in her marriage? Or will Jason rescue her when she needs it most? 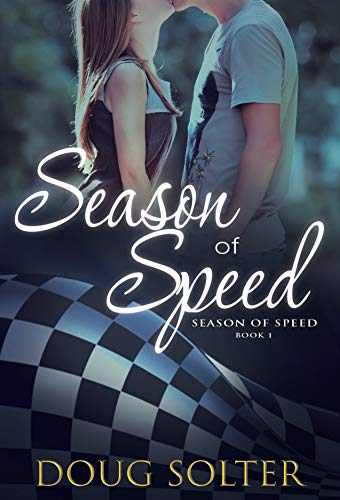