Skip to content
Fourteen-year-old Mary Lanham lives an unremarkable life in the tiny town of Chesset, Arkansas, enduring unhappy days at school and lonely evenings in her hilltop home. She has few friends and a hopeless crush on a boy she’s never spoken to. But everything is about to change. When the stranger in the long, gray cloak creeps out of the forest, a centuries-old mystery begins to unfold. Suddenly, Mary’s life is turned upside down. As the danger grows, she learns the magical secrets of her family’s past and discovers her true destiny, a destiny far greater and more terrifying than anything she could have imagined.

Jeffrey Aaron Miller is a full-time writer of fiction, nonfiction, and everything in between. He held a wide variety of jobs over the years–social worker, bus driver, postal carrier, pastor, tire salesman–before finally embarking on his writing career. He lives with his wife and children in Northwest Arkansas.
Website : https://www.jeffreyaaronmiller.com/

“The vast cosmos isn’t what it used to be in this clever SF tale.”  -Kirkus Reviews

The universe has died.

It has reached its eventual heat death and no further life processes are possible.

When a nihilistic, malevolent force releases a pathogen designed to end all life, a young girl and some allies must get to the central world to keep her world from being destroyed to stop the spread of the virus.

Book one of the New Sky trilogy is an epic adventure featuring multiple worlds and characters whose actions will determine nothing less than whether or not life continues. You’ll love the characters and adventure in this novel.

You can read the whole kirkus review at: kirkusreviews.com

A childhood sense of wonder led the author to discover the stories and deeds of the great mythological heroes. Eventually, however, Achilles, Hector, and Theseus, not to mention lesser known characters in Celtic, Germanic and Native American myths led to an enjoyment of such larger-than-life heroes as Superman, Captain America and Thor. The first actual science fiction novel read (at the age of 15) was Arthur C. Clarke’s Childhood’s End and with that the author was hooked. Through varied incarnations as a businessman, accountant, construction worker, and various sales positions the urge to write was strong, but not pursued until reaching his fifties.

“My name is Rebel Anne Rae… and I am the last remaining human alive on planet Earth.”

When the robot uprising began, humans fled a planet in cataclysmic decline — mistakenly leaving behind a solitary girl.

Marooned in a dangerous, dystopian world ruled with oppressive technology, Rebel is forced to survive and avoid detection among androids intent on hunting her down. Her only chance for safety lies with Thomas, a young Mech willing to help reunite her with her people.

Caught between two warring factions, Rebel is forced to decide the fate of the Mech she’s grown to love, or her own people — who want their planet back. 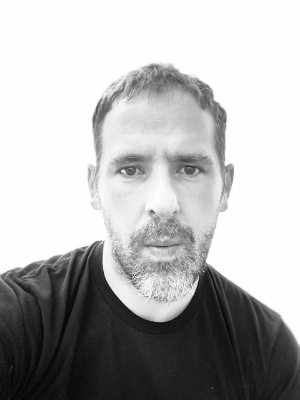 Ben Magid is an author, comic book writer and professional screenwriter, garnering much acclaim for his debut novel, No Man’s Land, Book 1 in the Robosapien series.

Originally from Chicago, Ben now lives in Los Angeles with his partner Ciana, daughters Adelaide and Emmeline, and Finn, a funny looking husky/shitzu.