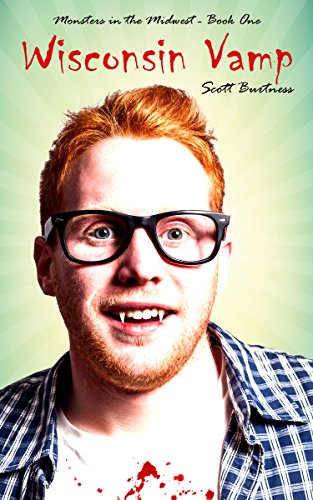 Some vampires are destined for greatness. He’s not one of them.

When truckstop diner cook and mediocre bowler Herb Knudsen becomes a vampire, his once simple life gets a bit more complicated. Herb’s not even sure how it happened. He wasn’t bitten by a vampire, which means there’s no one around to help him learn the ropes. With no one to guide him, Herb fumbles into his newfound abilities, courting disaster with every step. Despite learning each new lesson the hard way, being a vampire isn’t all bad. He’s stronger, a little sexier, and a heck of a lot better at bowling. Even Lois, the girl of his dreams, is starting to notice him. But he can’t drink beer, the bodies are piling up, and his best friend Dallas isn’t just getting suspicious – he’s getting jealous. When Lois is caught in the middle of the two friends’ escalating rivalry, keeping his dark secret becomes the least of Herb’s concerns.

Booze, bowling, bake sales, bar fights, babes, blood and karaoke… Who would have thought that being undead would make life so exciting?

About the Monsters in the Midwest series: Herb, Dallas, and Stanley live in northern Wisconsin, where life is nice and simple. Until Herb becomes a vampire. And Dallas becomes a werewolf. And Stanley becomes a zombie. Join the three friends on their hilariously awkward journeys as they learn that there really are monsters in the Midwest, and that’s not always a bad thing.

People say you should write what you know. That’s damned good advice, so Scott writes about ordinary Midwesterners making an extraordinary mess of things. Hey, if the flannel fits…