Alongside friends, the former paladin turned Barbarian Princess Cassandra has faced her fears and come out on top. Now her journey takes her on a new path – alone.

She’s on a quest and it will demand everything from her. Does she have sufficient skill, experience, and determination to face and defeat the challenges she faces?

Get this complete series boxed set and enjoy the story of Cassandra – The First Barbarian Princess.

Cassandra has fought alongside Skharr DeathEater, but will she be able to forge a new path alone?

When the former paladin turned Barbarian Princess is robbed while aiding travelers against brigands, she vows to find the miscreants. Will her search lead her to them or greater danger?

In the war-ravaged north-east of the continent, a new evil has arisen and begins to impose a rule of dark sorcery and fear on the small settlements.

Will she find the allies she needs in time to save a town? How will she know who she can trust in this evil hour?

Her quest will demand everything from her but she cannot turn away. Does she have sufficient skill, experience, and determination to defeat the rising malevolence?

She pits her steel and will against sorcery and its army and digs deep. This is what it means to be a Barbarian of Theros, but can she hope to survive?

With new allies at her side, Cassandra fights to turn the tide of darkness and fear.

This is her path—to smite evil and save innocents.

Go up and click Read for Free on Kindle Unlimited or Buy Now and enjoy the story of Cassandra – The First Barbarian Princess. 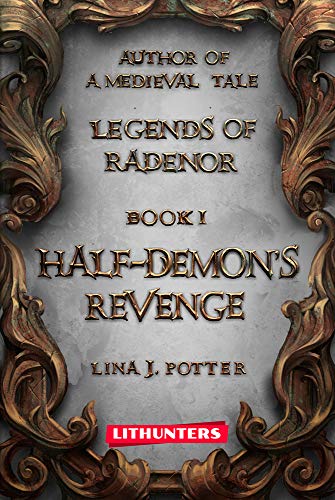 He was born to fulfill a princess’ revenge.
A dark fantasy series full of demons and necromancy, written by Lina J. Potter, author of the bestselling A Medieval Tale.

A betrayed princess sacrifices herself to get vengeance for her ruined life. A newborn prince will become the ultimate weapon for her bloody revenge. For he is a half-demon necromancer born for an express purpose: to destroy their enemies, and regain the throne.
Prince Alexander Leonard Radenor is making his first steps along his journey. Soon, he will have to master his skills — and avoid losing himself in the process. After all, there is a reason why necromancy is considered the forbidden art: there is a thin line between using it and letting it use you.
Still, armed with his magical prowess, martial skills, and the abilities granted to him by his demonic heritage, Alex poses a serious threat, one that the royal family and the court would do well to fear.
***
Half-Demon is the first book in The Legends of Radenor series by Lina J. Potter, the author of the bestselling A Medieval Tale series. A brand new, yet totally different story set in a new world, in the lands of a kingdom straight out of a dark fairytale.
The country of Radenor is in need of salvation: the royal family and court are corrupt to their very core and full of vipers and backstabbers, the church is malevolent, people are starving, and death has become a frequent guest of the poerty-ridden people. 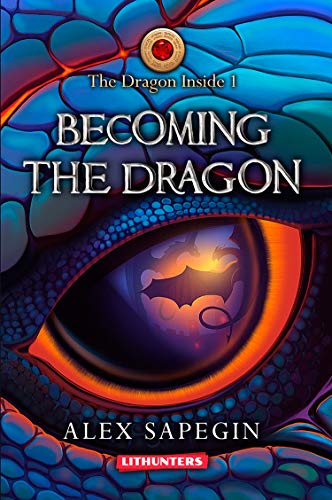 Stuck in a scientific experiment against his will, Andy gets teleported to a faraway planet Ilanta that is inhabited both by humans and supernatural beings. Andy gets no warm welcome… fatally wounded, he decides to proceed with an ancient ritual and be reborn as a dragon, a.k.a. a Master of Heaven.

In his new form, he will have to take part in all kinds of exciting adventures and gloomy challenges, mastering new magic skills, befriending orcs, elves and dragons, fighting a good fight, and, eventually, continuing on his quest for justice while reincarnated as a dragon.

He has a long way to go before getting used to his body and mastering his newly obtained powers. To defend the weak and to restore justice, he will go through fire and water, suffer from intrigues, conspiracy, betrayal, and even an interplanetary war started by the royals — after all, sudden appearance of a representative of the extinct dragon race was decided not a part their plans.

Little does he know that he is destined to play an integral part in an epic conflict that is to break out soon, when the future of the two planets will be decided…

***
The Dragon Inside by Alex Sapegin is a bestselling heroic fantasy series. At last, the books written by the winner of Russian fantasy contests and one of the top modern writers in this genre are ready to face a worldwide audience and share their story. The book is filled with dynamic action, swordfighting, and magic. It is an epic fantasy saga of portal traveling, bodily transformations, regeneration, reincarnation, and epic combat, but first and foremost, a story of discovering and reclaiming one’s true self.

From now on, he’s got two hearts beating in his scale-clad chest and mighty wings behind his back. In the faraway planet of two moons he was born again as a dragon… 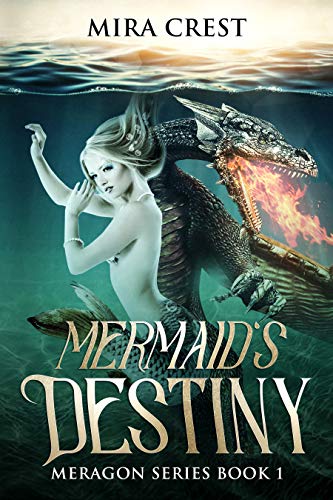