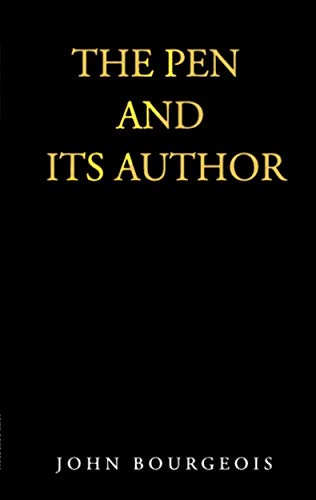 Combining magic, mysticism, wisdom and wonder into an inspiring tale of self-discovery, The Pen and Its Author, has become a modern classic around the world and transforming the lives of countless readers across generations.

John Bourgeois’ masterpiece tells the mystical story and journey of the eldest son named Ezekiel as he reads his father’s last dying words. From the pages of his father’s final letter, Ezekiel is able to discover what it takes to turn dreams into reality.

A magical tale about dreaming big and growing into the largeness of your dreams!

Ravaged by depression nearly his entire life, Skyler Deavensby quits his job, writes a suicide note to his family and makes the final decision to leap from a historical bridge nearby. On his way to the bridge, however, he experiences a series of unlucky and mysterious encounters that bring him face to face with previously undiscovered powers within himself. This is a magical tale that will split you open and invite the highest expression of yourself to emerge!

Every so often a story comes along that awakens the human imagination and elevates it’s readers to the crown of their infinite nature. Guru is one of those stories!